Are you into playing games with a theme of epic fantasy? Kingdom Rush is just the game for you. It is an action defense game that contains a lot of challenges wherein it allows its users to prepare weapons, plan for strategies to defend your kingdom from trolls. wizards, orcs and evil creatures. The aim of this game is to stop the enemies from demolishing your kingdom.

A very addictive game, Towers n’ Trolls HD is a known as a very creative game that comes with challenging and nicely-designed levels. It is a fast paced type of defense game and is best for players who are very attentive. In this game, you will need to defend the kingdom from anyone who would like to invade your turf.

Kingdom Rush Origins is a tower defense themed game where you will need to defend your tower from the evil creatures – trolls, orcs and many more. In this game, you will meet numerous, challenging epic battles. To win, you will need to have and execute the best strategy.

As its name states, Tower Defense: Castle Wars is a tower defense game which comes with a storyline of trying to live freely free from all evil elements. This game’s goal is to prevent all invaders to conquer and successfully attack your castle or base.

This is the return of clash kingdoms wherein you will have to fight back and defend your kingdom. The mantra of this game is “the kingdom is yours and no one could and will be able to get or take it away from you.”

Empire Defense II comes with multiple gaming modes which players could choose from. In its background, there are three kingdoms which you will need to protect one by one. Moreover, the game is based on unique education system, comes with historical backdrop, challenging levels which you will surely enjoy.

This game is specifically designed to cater TD game lovers. It comes with heroes with great powers and personalities. TDMM Tower defence includes activities that most players enjoy due to its feeling of living fantasy to reality.

In this game you will need to show all your gaming and mastery skills. Tower Defense: Geometry War is a very challenging and strategic game where your skills will be tested. You will fight tooth and hair to defend towers from your enemies.

This game is a strategy game that comes with unique mechanics of allowing you to build and upgrade your weapons such as cannons for you to be able to defend your tower. In addition to that, in this game you will be able to rebuild your tower as you try to avoid being hit by other cannons.

Royal Revolt 2: Tower Defense is an action packed TD game that will keep you entertained and hooked up. In this game, you will need to strategize in leading an army in the battlefield to protect the throne and kingdom.

This game offers offline playing mode. However, if you wish for real entertainment and enjoy this game, you will need to go online. Through online mode, you will be able to experience, give and receive challenges. Aside from protecting your kingdom, you will also have to create a plan to advance to make your kingdom powerful.

In this game, you will need to take the role of a military commander who has to protect his base from any attack from the enemies. Military Island Defense carries the theme of classic island tower defense game which allows you to defend and fight like a professional military soldier.

This platform and game is where you could find fun and entertainment. You will be able to experience mind blowing activities and experience a challenging environment full of magic, towers and super heroes.

Kingdom Rush Frontiers is one of the most popular among game lovers. It involves and requires presence of mind and quick responsive skills. This version of this game is more badass and bigger than before so if you want to try this game you will need more guts.

Tower Defense Zone is one of the best tower defense games which is offered on internet for smartphone users. This game is well-known for two tower defense levels and for its attractive designs which offers real life feel and environment.

The Defense Zone 3 HD is a comeback with a bang. This version comes with new strategy, action, gameplay and environment. In this game you will be able to access new weapons, new environment, landscapes and options to explore.

As the name states, this game is set up in World War II timeline and environment. This game offers the best and greatest war in the virtual world where you could experience to save the world from its destruction. Little Commander- WWII TD allows you to declare war with other countries and fight a battle.

Tower Defense: Galaxy TD is a fast paced moving defense tower game which a lot of gamers love. It comes with unique gameplay interface and environment. It provides its players amazing controlling system, features and impressive functions. In this game you will be able to use beautiful powerful weapons that will enhance your performance and give you a boost to win the game.

This game is not your ordinary tower defense game as this game requires its players to have a mastery of skills which means amateur or beginner players will have a hard time with the level of difficulty this game offers.

This game comes with a theme of Tower Defense vs. Zombies. It is a fast paced defense game wherein the goal of the game is for you to try to prevent war and protect your turf from hordes of zombies who are attacking the inhabitants.

Element TD includes elemental combinations which makes this game unique compared to other tower defense games. This game could be played on any smartphone you have giving you easy access to play this game anywhere you are.

Tower Defense CCG is a strategic game with combination of collectible cards and tower defense elements. It includes a mysterious world where you will be able to find artifacts, treasures, etc. which are protected by a horde of monsters. The goal of this game is for you to protect yourself by building your defense towers and fight against these monsters by using magic.

Pirate Legends TD is a classic tower defense game where a player is ensured of being challenged with difficult levels. The war in this game is not on land but rather the plot is located on deadly waters. To defend and protect yourself from undead hordes, you will need to build a strong pirate ships.

This game is one of the most mind boggling tower defense games that includes the theme of action. It has fifty levels and requires its players to be attentive all the time or else it could cost the game.

Bloons Monkey City has a system which allows creation, upgrading and customizing of designs of city buildings and tower for defending. The main goal of this game is to build more towers and expand your territory in the city while defending your turf from the enemies.

This game is one of the highest rated tower defense games and one of the most popular among gamers who use smartphones. The aim of this game is for the player to prevent any balloon from reaching the end. To do this, you will need to create towers.

Tower Defense Generals TD is a game with new set of rules and provides difficult levels that any player would find it difficult. To win, this game one has to be skillful and experienced in fast paced tower defense games.

This game provides intensity wherein you will have to use your brains and hands all at the same time. Battlefield offers stunning visuals and mind-exercising levels of challenges. It also has the touch of fantasy and thrilling experiences that any player would wish to experience whenever playing games.

Set-up at an open war field, Castle Creeps TD allows its players to defend their land from all their enemies. If you fail to protect your turf, your enemies will conquer your land and will make you a slave.

The game allows its players to get help by hiring professional heroes, fighters and knights.

This game is compatible and could be played through the use of any smartphone. Toy Defense Fantasy comes with many challenges which players have to overcome and complete levels at a certain timeframe and conditions.

Anyone who will play this game will surely enjoy its 3D graphics and design. Tower Defense is considered as a real strategy and tower defense game wherein you will have to fight evil creatures who are making the lives of the people complex. This game offers levels which you have to complete to finish and win the game.

In this game, you will experience endless battle waves where you will have to overcome snowy peaks and sub-storm sands. The goal of this game is for you to cover and conquer battle grounds within a specific time.

Another top rated game, Tower Madness 2 is a tower defense strategy game which one will enjoy with its classy new battle grounds and stunning visual graphics. The goal of this game is to protect your flock. The game has about seventy maps and seven multiple campaigns and multiple levels of challenges.

Want to experience clash of armies and enemies? Then this game is perfect for you. In Infinite war, you will be exposed to explosions and destructions. The challenge of this game is you will need to protect yourself from armies with thousands of enemies.

The main theme and aim of this game is for its players to be able to defend their area and journey their way to become a real king. To succeed in this game, you will need to use your skills and plan ahead on how to get rid of monsters who are trying to demolish your area and turf.

To win this game, you will need to protect your area by strengthening your army and eradicate those who are trying to invade your area. This game offers numerous war maps and base layouts which will provide you assistance in planning and strategizing to complete this defense game.

This game is one of the most popular games which provides high class graphical environment that makes its users hooked. It is a game which comes with epic battle between bloom and zombies. The goal of this game is for you to be able to collect as much heroes you could to be able to fight against the zombies.

Another direct tower defense game, Zombie Tsunami is visually appealing and challenging. Its goal and aim is for its players to defend and protect the city from the attacks of zombies. Aside from the city, you will also have to protect all the people and prevent the zombies from controlling your city.

This game has trended the gaming world wherein players have to defend their home from zombies. To prevent the hordes of zombie entering your home, you will have to have plants shooting to kill these zombies. 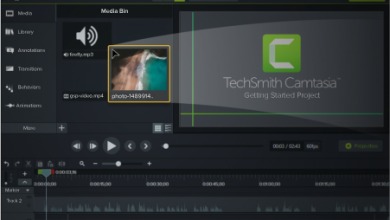 Best Free Alternatives to Camtasia for Mac and Windows 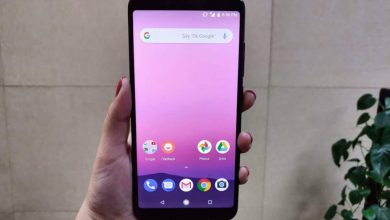 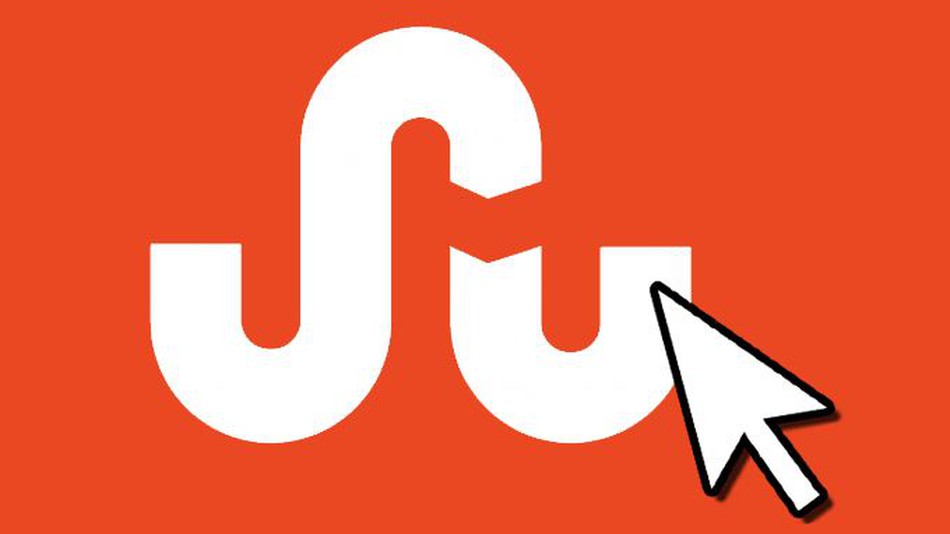 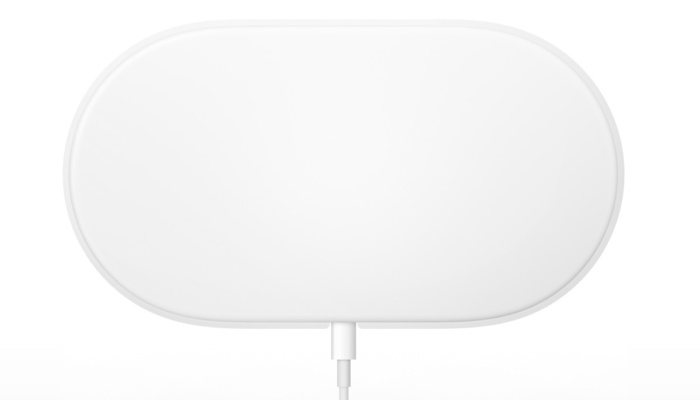