Chess is also known as the game of kings because it requires more than simple logic. You must be able to plan at least 5 moves ahead and devise a wining strategy, just like kings of old would have done during battle. So, if you like keeping your brain on its toes, this game is a great way to pass the time with friends and family. The best part is that now you don’t even have to be in the same room with your opponent, thanks to new technologies and smart devices.

Today we are going to discuss the best chess apps available for both iOS and Android so, when the time comes and you want to enjoy the game of kings, you will know which one to install. 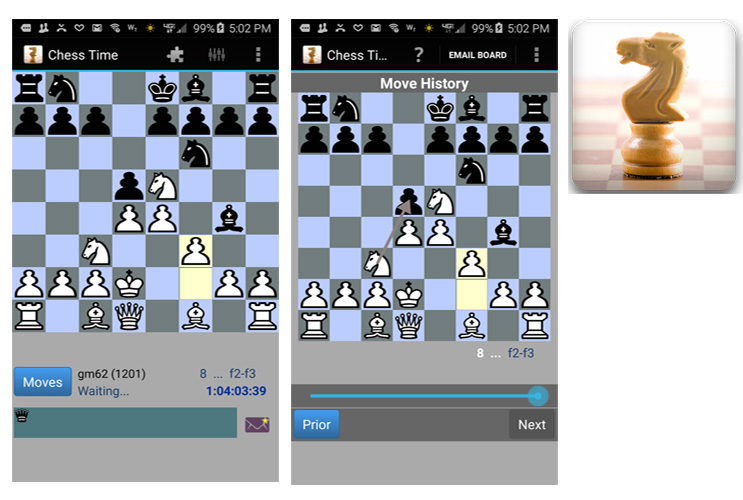 Developed by Haptic Apps LLC, this app offers the possibility to play with other live opponents and not just the engine. This means that you will be able to add new friends and store them in the app for future games. Also, you can even export your moves and share them with friends, which is a very neat feature, for such a complex game.

You will also have the possibility to review your progress in time as the app will store all your games in your account. Also, to sweeten the deal, developers introduced several different colors for the board, so if you’re bored of black and white you can always try something else. 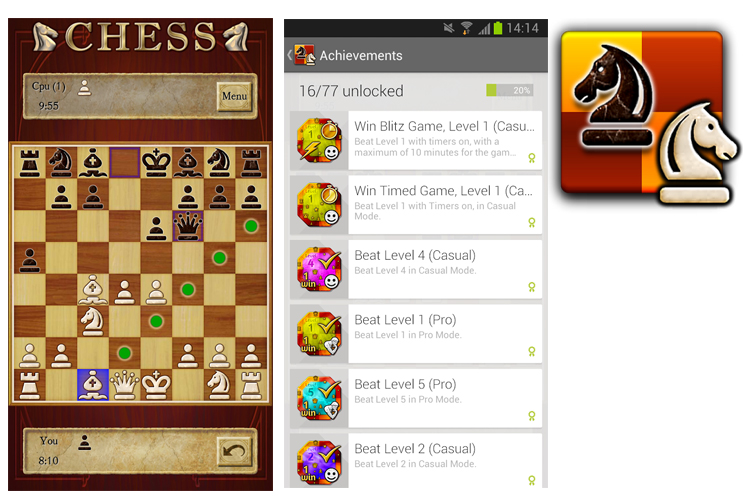 This app comes from Al Factory Limited and can be played by anyone, as there are 12 levels of difficulty going from Novice to Expert. For novices, the app will give hints for the next move so you can learn the strategy and avoid simple mistakes.
From a graphics point of view, the interface is quite interesting and there are 8 different designs for the board and 7 for the chess pieces. Even more, you can save your progress, play with friends and share your progress. Also, since this app is free, you must expect to see ads during the game, but they are not invasive. 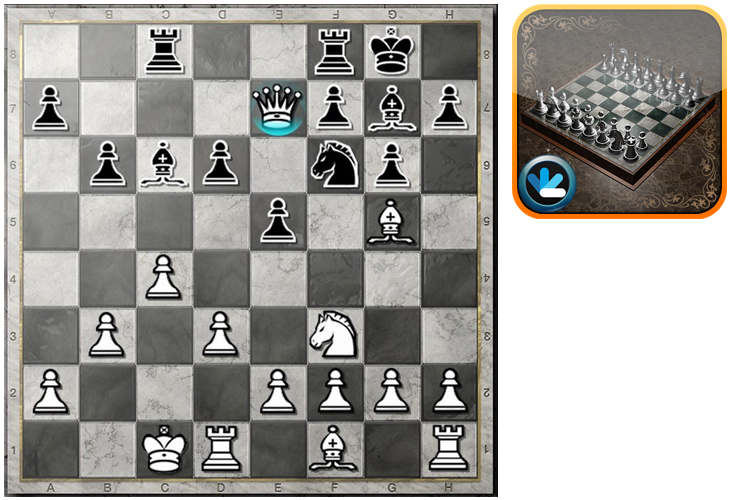 If you’re already skilled at chess and you want to test it out, this app from Manastone may be the best solution. You can enter championships and play with people from all over the world which is very nice, especially when you’ve defeated all your friends and you need a fresh challenge.

Also, you have the possibility to review a game and learn from your own mistakes. This app comes in two versions: ad-supported and ad-free but the adds are not very annoying. 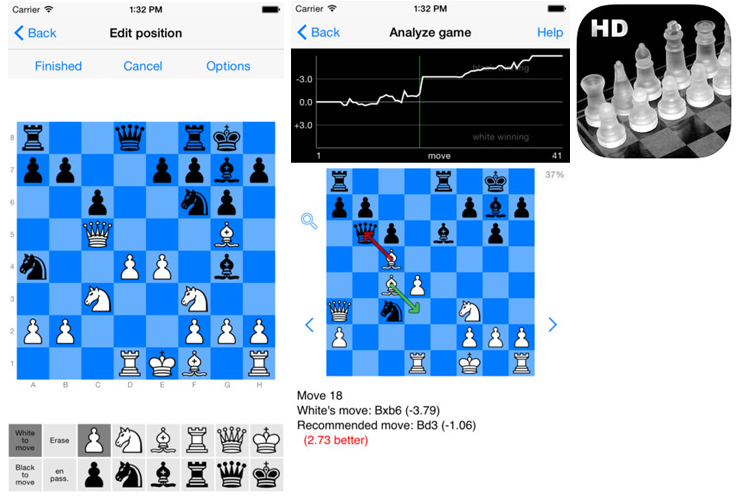 For just $7.99 you can get quite an interesting chess app that will keep you entertained and eager to play. The app is designed to work on any technology designed by Apple and is also integrated with Game Center so you can play with real opponents, not just the engine.

However, if you choose to play with the engine, the great part about t Chess Pro is that it can simulate human opponents. Of course, as the level of difficulty increases, so will the cleverness of the engine. The app also has  an Analysis Mode that offers you valuable advice and lessons. 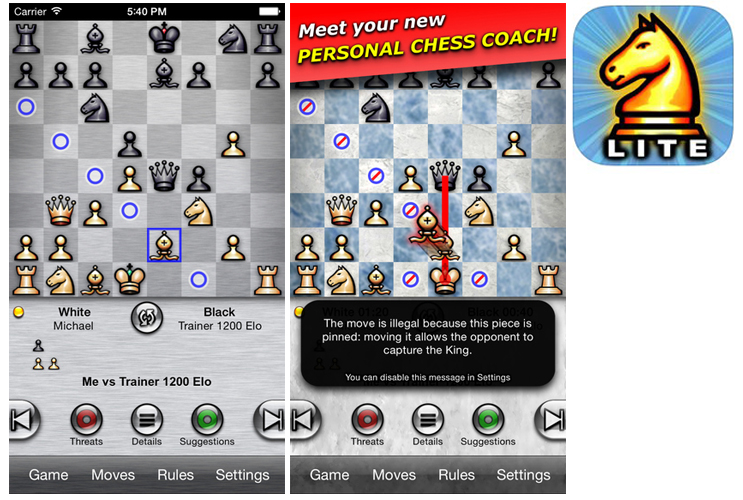 This app is great for children and people who want to learn to play chess, and the best part is that you’ll learn by example. Remember we mentioned in chess you have to think 5 moves ahead? Well this app shows you the next 4 moves to win. Even better, it also has a collection of 100 historical games so you’ll see how the grand masters of chess are actually playing.

The graphics is quite impressive and the the app supports 21 levels of difficulty so you can advance in your skills. Of course, the coach can be deactivated at any time. On the downside, you can only play with the engine or with a human opponent, using the same device. 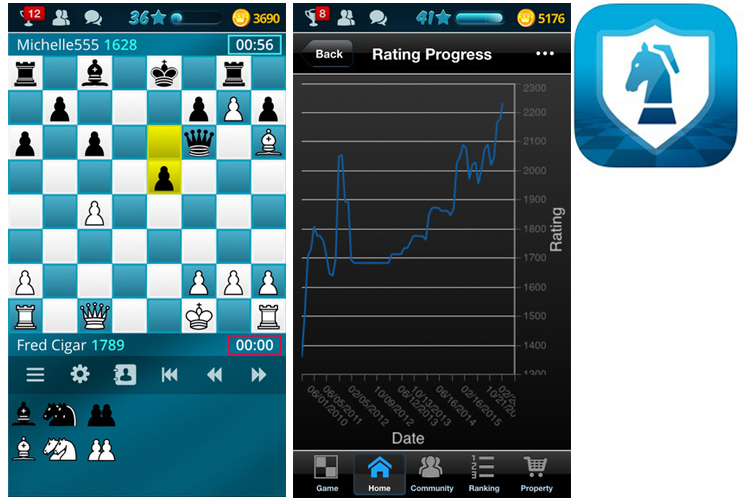 This app is developed by NetVision and offers amazing support for online multiplayer games. You will have access to a large community of players with different levels of difficulty so it won’t be too difficult to find an opponent to match your skills. The app is account-based so you can access your account from various platforms, not just the app interface.

We liked that it offers the possibility to chat with friends and opponents and keep track of your progress through the game.

Best Chess Apps for both platforms 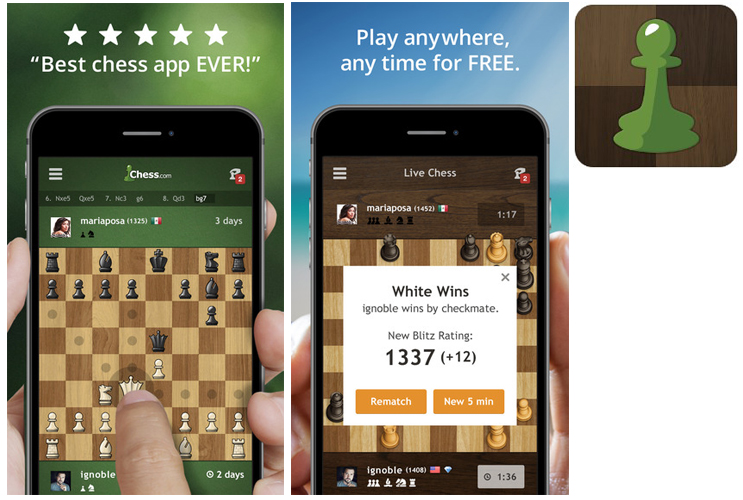 Chess.com wanted to include beginners in the game and they created a Play & Learn version of the chess game. There are over 50,000 tactic puzzles available to improve your chess skills and interactive lessons and videos to teach you how to become a master of this mind game.

This app also offer you the possibility to play with anyone in the world and chat with your friends. Even more, there is a forum where you can learn more about the app and chess and they supply fresh information from specialists every day. This is a great app to start your chess journey with! 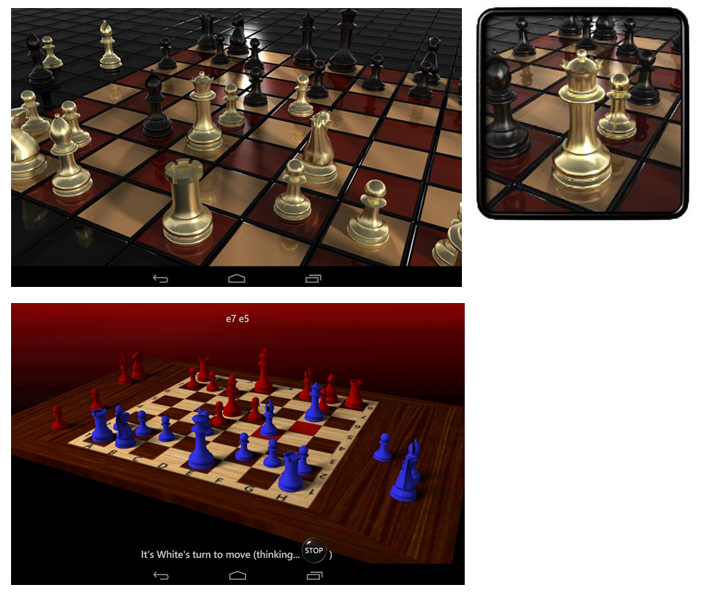 If you’re bored with the plain old 2D boards, this app kicks it up a notch and offers a different perspective on the board. The graphics is impressive and the app is equipped with various customization settings from color changes and chess piece effects. Also, the movement has nice animations that make the game feel a bit more life-like.
However, this app comes in disadvantage because you can’t play with a real opponent – it’s just you and the chess engine.

On the plus side, you can change the board angle so you can get a fresh view of the board and identify leads you might have missed.

Hoping you enjoyed our list, we’re waiting for your comments to let us know which of these apps you liked the best. 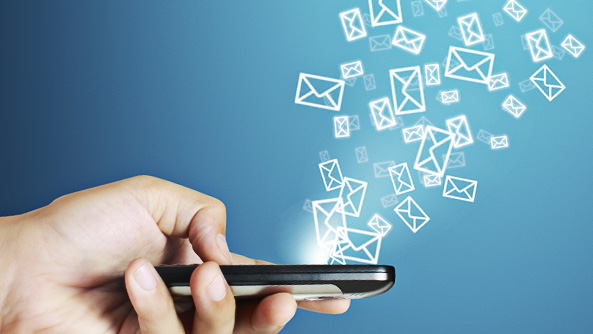 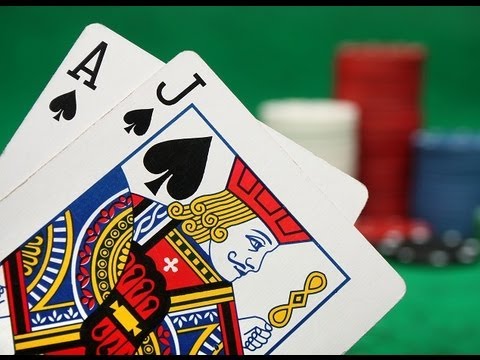