If you have ever been frustrated that you couldn’t access your latest TV shows due to geoblocking you may have looked to use a VPN (Virtual Proxy Network). As a journalist, you may have circumnavigate censorship laws in the country you are reporting about through VPN tunnelling and encrypting your traffic. You may have simply wanted to buy a product or service from an overseas store that blocked your countries access.  Regardless of your reasons, a VPN fills a variety of purposes and are now offered through many online companies.  There is a huge array of paid and free VPNs that users can choose for their individual purposes.

For those internet users that are allergic to Internet Explorer (now ‘Edge’), the web browser Google Chrome is a common choice to surf the web. Chrome now has many VPN extensions that can be seamlessly downloaded and integrated into an individuals browsing experience, offering VPN tunnelling at the click of a button. The different options come in both free and paid options, but it’s the finer detail where you find out just how much you pay. Some are less scrupulous than others and may collect your personal data or browsing habits to sell externally. A general rule of thumb you may have heard before is ‘if you’re not paying, you are the product’. This is especially true when it comes to VPNs. Here we will recommend, review and analyse some of the best VPNs currently available for Google Chrome users.

The first VPN recommended is TunnelBear. Regardless of the sites overuse of the ‘bear’ analogy, this VPN is one of the most comprehensive and secure on the Chrome webstore. The installation and integration is simple enough. Through the Chrome Webstore search for TunnelBear and make sure you install only the extension with the publishing company of tunnelbear.com. Do not download any applications as they are all from other unknown publishers with unknown agendas and functions. 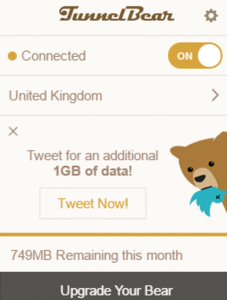 The free version allows you to use 750 MB per month and boasts an impressive encryption standard. Using AES-256 encryption you can rest assured your data is hidden from your ISP and anyone else that may be prying on your data. This is particularly useful on Open-WIFI, public places or in a foreign country with restricted access. This encryption is among the highest publicly available encryption and an amazing feature for a free service. In terms of data, you can earn more by promoting their VPN and posting a tweet for an additional 1GB.

To begin using TunnelBear you are required to sign up but can easily achieve this with your Google account or using other email details (Mailinator?). You cannot activate the extension from the Icon in the Chrome extension tray until you have registered. Once registered you can choose your country to route traffic through using the icon in the top right. TunnelBear boast a network of 20 countries to choose from, interchangeable at the click of a button. There is also a shortcut ‘Ctrl + Shift + U’ to toggle the VPN on and off.

The paid version is where you get unlimited data access. Your options include monthly billing at $7.99 per month or yearly for $4.16 a month ($49.99 a year) which is a 48% discount. This is a very reasonable price for such a high level of service and security. Both these options include zero logging of data, an important feature for those with privacy concerns. The AES 256 encryption secures the traffic between you and TunnelBear servers with access beyond their servers is not logged. The VPN also claims to offer ‘GhostBear’ which will defeat VPN blockers making data even less susceptible to interdiction.

The privacy statement for TunnelBear services are quite extensive, detailing what information they collect and how it is used. The emphasis of Tunnelbear is to use minimal personal data and to only use it to improve services. No IP addresses that access the site are logged, therefore making it near impossible to identify someone accessing the VPN. They also don’t appear to sell on your information to third parties and this is a real plus for a free service.

ZenMate is another recommended and reputable VPN for use as a Chrome extension. There is also a desktop version available for securing all internet traffic on your computer, not just data going through your browser. Zenmate, similar to TunnelBear, also offers a paid premium and free version of the extension. The paid version cost $8.99 a month and offers increased speed and extra country locations.

A major difference with Zenmate is that it uses its own dedicated servers, separating them into free user servers and paid user servers. As can be expected, the paid user servers are dedicated and feature much higher bandwidth and country options, 24 locations in total. What is noticed when using this VPN is that at high usage rates, the speed is evidently slower but still workable for most online general usage.

ZenMate is easy to install and is again done through the Chrome webstore by clicking download. Once this is complete, it will take you to the Zenmate site and offer you a discount to sign up for the premium option. This is not required however and to start browsing through the VPN you select the icon in the extensions and drag the bottom right slider from off to on. Once completed, it will show a preview of where the traffic is routing as seen below. 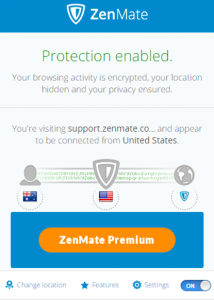 This will show some additional information including your actual IP address and also give you the option to change country. As mentioned before, the free version is limited in only offering 4 countries to route your traffic through. These countries are an interesting choice as there are not many sites people wish to access that are limited to Germany, Romania or Hong Kong. Having the United States as the fourth option is the saving grace for most general users.

Regardless of whether you use the free or paid version, both are protected through AES 128 encryption. While this isn’t as secure at AES 256 encryption offered by TunnelBear, Zenmate discusses this is a healthy medium, offering an adequate protection level with faster speeds.

Based in Germany, Zenmate is subject to some pretty strict user privacy laws. This includes not storing or logging any personal information which could be used to identify you. This is a significant difference to other VPNs and makes the free version more attractive to some users for this reason alone. They are allowed to use your provided email for marketing purposes under German law, however are only allowed to market Zenmate products or services.

The final VPN recommended here is Betternet, another simple and easy to use VPN for use with Chrome. As with the other two, Betternet is easy to download and install with a few short clicks on the Chrome webstore. It is activated through its simple and easy to navigate user interface in the top right corner of the browser. It has two main states of function, either on or off, simple. 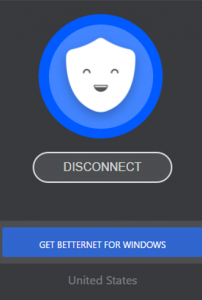 This VPN is recommended as it is a really cut down and simplistic VPN compared to the others. It is free to use and offers reasonably quick speeds for a free VPN. Currently though, Betternet only routes your traffic through the United States. It also offers a server based system and determines where your local IP address is to enable automatic connection to the best server.

This VPN is excellent to use for local censorship circumventing. You can access YouTube, Facebook and other blocked sites from countries where these are considered illegal or immoral. This is dependent on those countries not blocking the protocol tunnelling communication that Betternet or any other VPN use.  Accessing streaming sites and other web-based services is limited to the United States sites but the speed in which this VPN provides access makes it a recommended choice due to the relatively good quality speeds for a free VPN.

Betternet makes its money through advertising, though it is very minimal on the Chrome extension (more prominent on the mobile application). In its privacy statement they state they do not collect or store any logs that include personal information so this is a massive plus for security aware users. Third party users however have access to some data including but not limited to cookies. The ‘not limited’ to part creates ambiguity and perhaps there is more they are sharing with these Third Party advertisers.

There are many more VPN extensions for Chrome out there to try but these three are some of the most reputable and most recommended by others. Having tried all of the above and more, these three stand out from the rest. They all offer good quality services for the free option and increasingly advanced options for the paid subscription. These are recommended because even as a free option they all have great features from high encryption to great speeds. Make sure you check these VPNs out but make sure you read the fine print to fully understand the cost of ‘free’. For most, this won’t be an issue but in some cases understanding their security completely may be a prudent measure. 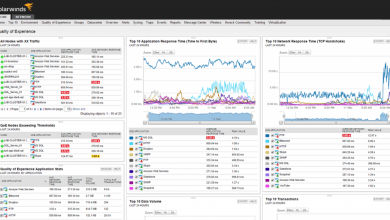 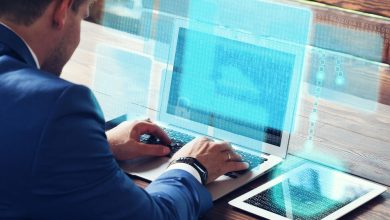 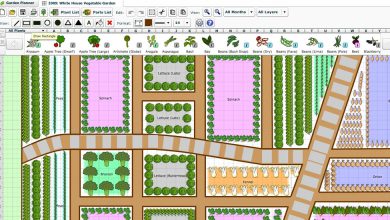 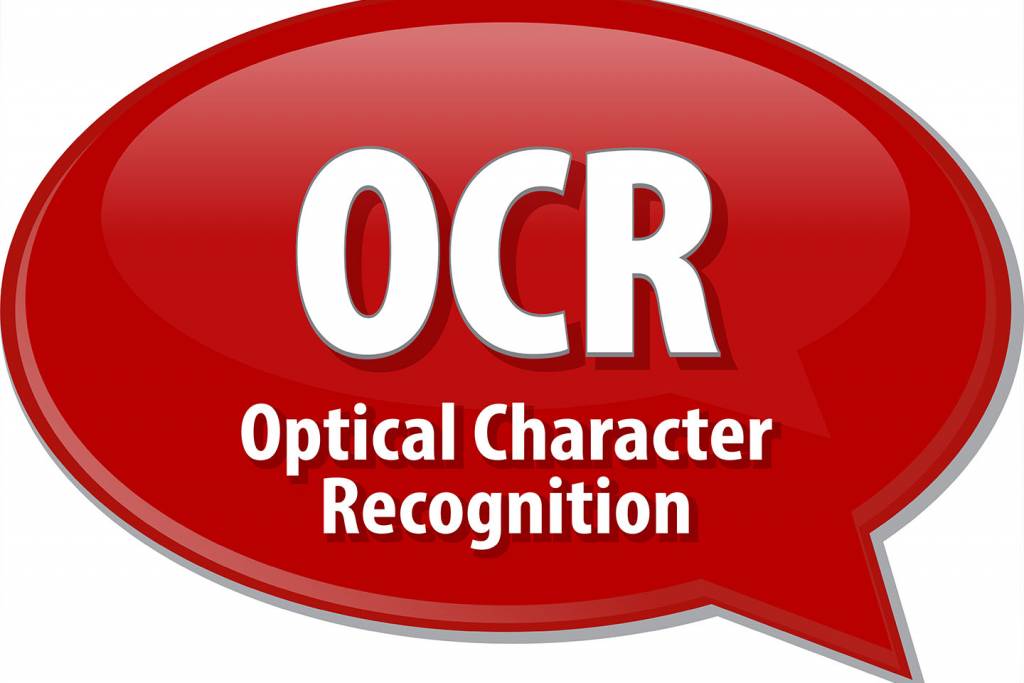