BlackBerry has put itself back on the map with the Priv, though many tech-savvy consumers say that the company that made it should have priced it more competitively. A $700 or $800 price tag for BlackBerry’s first foray into the Android world was not what the company needed to return to the limelight.

Well, BlackBerry has said before that it would be willing to make more Android handsets, and we’re starting to see this claim as a kernel of truth. BlackBerry has two new Android-powered smartphones on the way, as can be seen by new images that have leaked, courtesy of Chinese tech site 51BlackBerry.

The images show that there are two handsets (not just one), which means that BlackBerry intends to commit long-term to making Android smartphones. We’re not surprised to see this come to light because of the popularity of Google’s OS in the mobile world. Apple doesn’t license iOS to companies, but Google has made Android open-source so that anyone can build on top of it for their customers — including Amazon, who provides a forked version of it on the company’s Amazon Kindle that, by the way, lacks Google Play Store access.

We don’t know which phone will have which features (since the pictures themselves have no labeling to tell us), but what we do know is that the Canadian manufacturer of the Priv is listening to tech trends and strong consumer preferences and trying to deliver on that. The new BlackBerry phones, codenamed “Hamburg” and “Rome,” places that continue BlackBerry’s naming tradition (the Priv was codenamed “Vienna” before its mass release) show dual, front-facing speakers on one version, while the other handset shows the same dual curved edges as the Priv but maintains a more permanent keyboard (it lacks the slide-in and slide-out keyboard of the Priv). I’ve said before that Samsung’s execution of the keyboard is better with its doubly-advantageous keyboard case for the Galaxy Note 5, and it seems as though BlackBerry has taken the hint.

Overall, though, BlackBerry is looking to appeal to those who want style and luxury, and, seeing that Samsung’s own Galaxy S7 and Galaxy S7 edge, from which BlackBerry drew its curved-edge inspiration, are the two hottest Android smartphones of the year so far, the Canadian manufacturer is certainly drawing its inspiration from the right source. We’re excited about these phones and will bring you more details as they become available.

For now, check out the photos below. 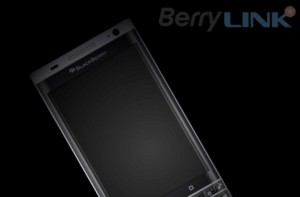 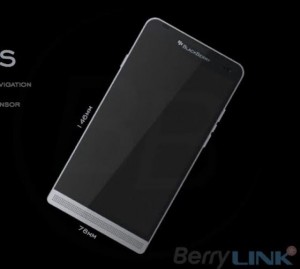