The BlackBerry Priv hasn’t had a formal announcement yet, though we wouldn’t be surprised, from the way photos and other leaks are being released, to see the device announced soon – and quickly. BlackBerry has turned up the hype a notch, with the Canadian company releasing an official video of the BlackBerry Priv. The video is only 42 seconds long, showing off the Material Design wallpaper, Google suite of apps, along with the Google Now feature that can be accessed with a bottom-up swipe on the main screen. In addition, Google Maps is shown, with the user being able to tap the touch screen for certain functions and use the BlackBerry slide-out QWERTY keyboard for other activities like typing an address in Maps or email. The end of the video shows the user sliding the keyboard back into its place (below the main display), in a slot of its own that lets you hide it when you don’t need it and slide it out when you do.

All in all, the BlackBerry Priv official video fits what we’ve heard and seen about the upcoming device. BlackBerry CEO John Chen has announced the BlackBerry Priv in a board meeting not too long ago, and the device has certainly been seen at two distinct Toronto events in addition to a tester video some time ago.

The BlackBerry Priv is scheduled to arrive at US carriers AT&T, Verizon, T-Mobile, and Sprint next month, but is already available for pre-order with Carphone Warehouse (with orders said to ship by November 6th). For those who haven’t gotten enough of the BlackBerry Priv specs, you’re looking at a 5.4-inch, Quad HD curved display with a 2,560 x 1,440p screen resolution, a hexa-core Qualcomm Snapdragon 808 processor with 3GB of RAM, 32GB of storage (minimum), and a microSD card slot that provides up to 2TB of storage. 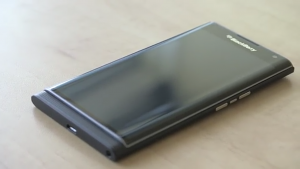 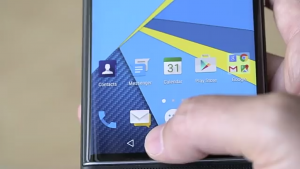 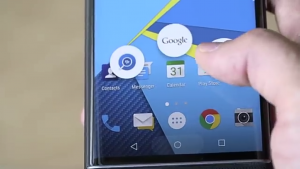 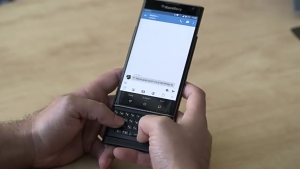 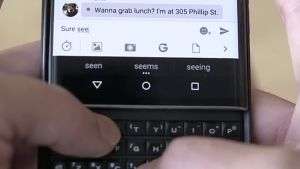 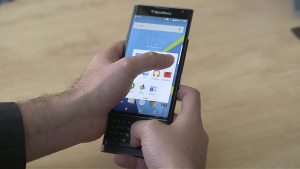 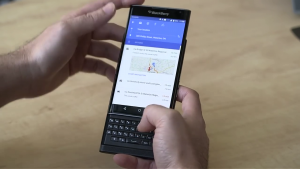 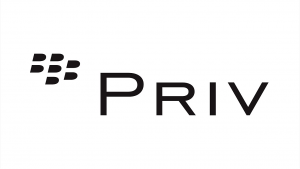 Your Galaxy S7 could come with either the Exynos 8890 or Snapdragon 820; find yours below