Motorola has marketed its Droid Turbo 2 as one of the most shatter-resistant smartphones on the market, but just how true is that claim? CNN Money recently subjected the new Motorola device to a torture test to see if it could cause the Droid Turbo 2 screen to shatter. In the site’s torture test video, CNN placed the smartphone in a number of scenarios: 1) falling out of hands when bumping into others, 2) the phone falling off the table when on the edge, 3) rolling over the phone with a horse and buggy, and 4) having a horse’s hoof stomp on the Droid Turbo 2. In the end, the Turbo 2 had a few on-screen dents, but there were no “spiderwebs” on the display, no screen cracks.

Motorola has been able to accomplish this by way of its ShatterShield Display System that includes a screen protector (replaceable by you), but Motorola says that it’ll replace the other 2 layers of its own protection under warranty. Apart from shatter resistance, the Droid Turbo 2 also brings an excellent 21MP camera that has already been ranked by camera expert company DxOMark Mobile as being one of the best in the business with an 84 out of a 100-point score (ahead of the iPhone 6s and iPhone 6s Plus, with a score of 82 out of 100).

The Droid Turbo 2 comes with Android 5.1 Lollipop, which hasn’t gone over too well with some Motorola diehard fans who were hoping for an Android Marshmallow update for the device out of the box. Motorola has changed hands from Google to Lenovo, and the company transfer may explain the reason behind why Motorola decided recently to halt further updates of its carrier-locked Moto X devices for good. Still, for those looking for a clean Google experience without a lot of unnecessary software pre-loaded onto their device(s), the Droid Turbo 2 will impress you every time you drop it onto the pavement.

To see how the Droid Turbo 2 fares against the elements, visit the CNN YouTube video link below. 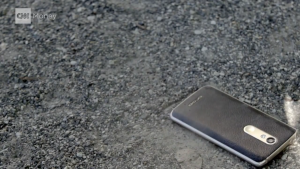 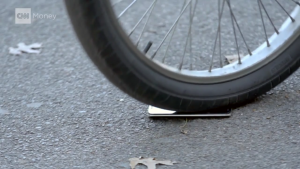 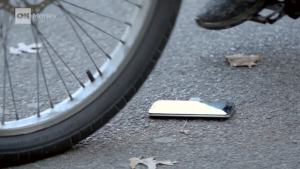 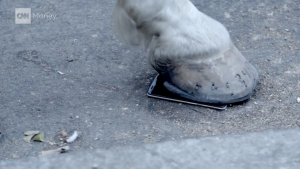 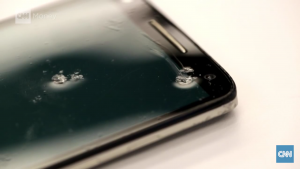 Apple responds to iPhone 6s battery differences, says that the claim is exaggerated and unrealistic