Aliens: Colonial Marines was, by all accounts, a terrible game. Nothing lived up to the expectations that had been set in pre-release trailers for the game. It was so bad, that some people felt that legal action was required and a class action lawsuit was proposed against Sega and Gearbox. Sega eventually settled the suit but Gearbox fought it and was eventually dismissed from the suit after the action was unable to obtain the class action status it was looking for.

In an interview with GamesIndustry.biz, Gearbox CEO Randy Pitchford spoke a bit about the lawsuit and although his company did receive some vindication he’s obviously still frustrated by the whole thing.

While essentially admitting that the game had problems Pitchford says that it was the free market’s job, not the legal system’s, to make that determination. According to him “[t}he market proved it was doing its job perfectly,” i.e. nobody bought the game because it wasn’t very good. Pitchford called the legal action “mafia style extortion tactics.”

Pitchford is asked in the interview if there are any ongoing issues with Sega, a question he does not answer. It’s not a surprise as their likely is still some bad blood there. During the lawsuit both sides pointed the finger and each other in regards to who was at fault for the games false advertising. Gearbox claimed that they just did what they were contracted to do for Sega. Sega said that the marketing was all handled by Gearbox and thus any claim of false advertising was on them.

Class action lawsuits are not new to the world of video games recently, though none have seen major success.  A class action suit against Take Two and Rockstar Games following the release of Grand Theft Auto 5 because the GTA Online features were not funtional at launch. In January 2014 that lawsuit was dismissed. EA was also sued over the mess that was the launch of Battlefield 4. That suit was also dismissed. 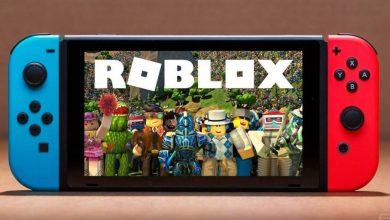 Can You Play Roblox on Nintendo Switch