Heard of “Be Together, Not The Same”? This is Google’s new slogan for the diversity and beauty of Android with different manufacturers, customers, and varied preferences. The best promo of Google’s new slogan concerns the piano player who shows the difference between monotone music and music with different chords, rhythms, and an overall much more improved sound. The point of using “Middle C” on the one hand for the monotone, as opposed to the varied chordal sound on the other is to show the difference between iOS and Android (according to tech enthusiasts), but this promo appeals to me as a musician who’s been playing music for over 20 years now. Whereas with iOS or the iPhone experience, one software experience is plastered on multiple devices, you’ll get some varied “flavor” with Android and its multiple manufacturers like HTC, LG, Sony, Samsung, Motorola, and Google’s own Nexus line, to name a few Android favorites. 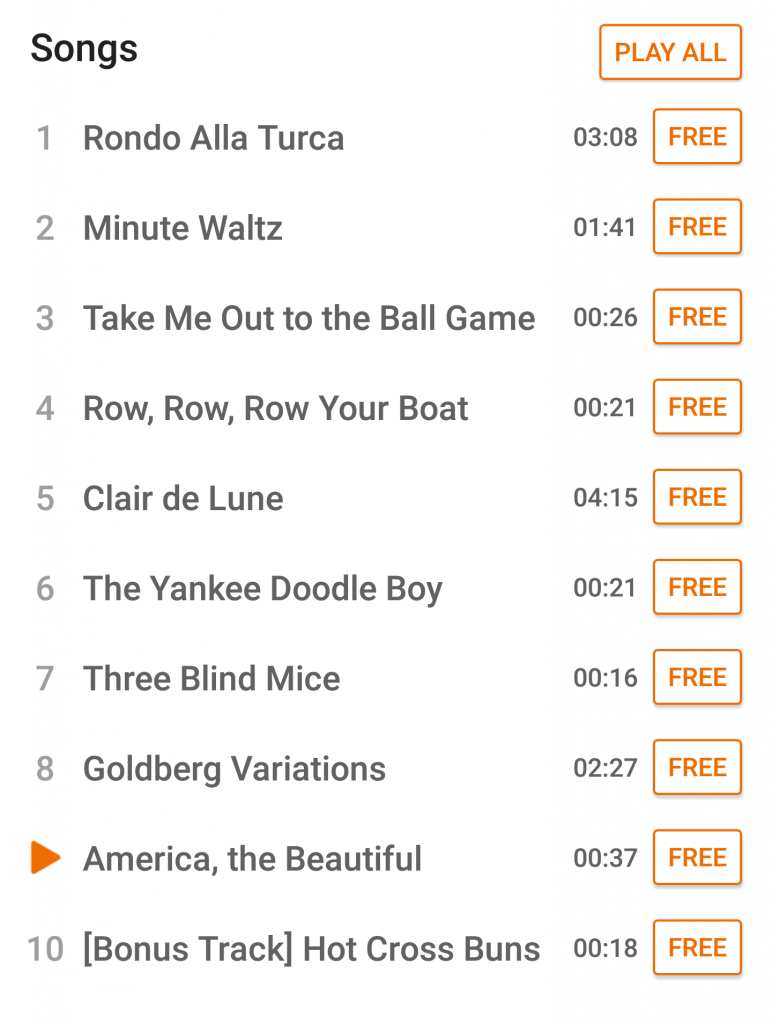 Now, though, Google has gone and done something to drill the iOS/Android divide even further into your mind: the company has now created an album from the commercial. Called “Monotune Piano by Android,” the album contains pieces such as “Row, Row, Row Your Boat,” “Clair de Lune,” “Three Blind Mice,” “America, The Beautiful,” “Take Me Out to the Ball Game,” and “Hot Cross Buns.” Anyone who braces themselves for the worst will find out what I did when I listened to these tracks with my YouTube Red/Google Play All-Access subscription: every note is a “C” — no kidding. In fact, if you’re a musician who’s played these songs with “Es,” “Ds,” “Gs,” and other notes, you’ll find nothing but one-note performances here. In fact, it just may make you feel as though you’re drilling a hole into your brain just to listen to it. Thank goodness some of the pieces are less than a minute long!

If you don’t understand why variety is the spice of life, you’ll get it after listening to the album. The Monotune Piano is free at the Google Play Store, but the message is more powerful than the price here. Whether you get an iPhone 6, 6 Plus, 6s, 6s Plus, or iPhone 7 or iPhone 7 Plus, you’ll get the same flavor of minimalism when it comes to the smartphone experience. For all the design you get, it seems as though that’s all you get. Android may not give you the fastest updates in the world, but it does give you variety, performance, and the ability to customize and create your device to be an exact expression of your complex personality. If we don’t like monotone professors, the comparison is clear: the last thing we’d ever want is a monotone operating system.