Google announced its Daydream VR platform at Google I/O and gave a layout design for a headset around the platform, but didn’t go into too many specifics about a possible Google VR headset (the company simply said that it was working with OEMs to bring about a collection of VR headsets bearing Google’s own design, and that certain Android smartphones would come Daydream-ready this Fall). Well, as we prepare for the upcoming Google Pixel phones announcement, scheduled for tomorrow, sources say we can add a Google VR Daydream headset to the equation as well.

According to the source, Google plans to unveil a Google VR headset for Daydream VR (Google’s virtual reality platform) tomorrow, October 4th, at the same announcement, and that the Google VR headset will cost $79, undercutting even Samsung’s Gear VR in price by $20 in hopes of encouraging consumer adoption for it. Unlike Samsung’s Gear VR that uses side buttons on the headset to control navigation, the upcoming Google VR headset will function like a cross between mobile VR and the Nintendo Wii experience (which also had a controller for gestures and motions).

We’ve seen a Google VR patent recently that showcased a headset with a screen that remains tethered to your smartphone, but we know that patents aren’t always promoted, nor do they always arrive on the market. Still, though, it goes to show that Google may have something in mind regarding a standalone VR and tethered VR experience — based on the mood or location.

The Google VR headset for the search engine giant’s Daydream VR platform is also said to be manufactured by HTC, the same company behind the production of Google’s Pixel and Pixel XL smartphones featuring HTC-like design and glass panels on both sides. Bloomberg had already said that a Google VR headset may arrive in a few weeks, so it seems that, kudos to Bloomberg, Google is right on schedule. 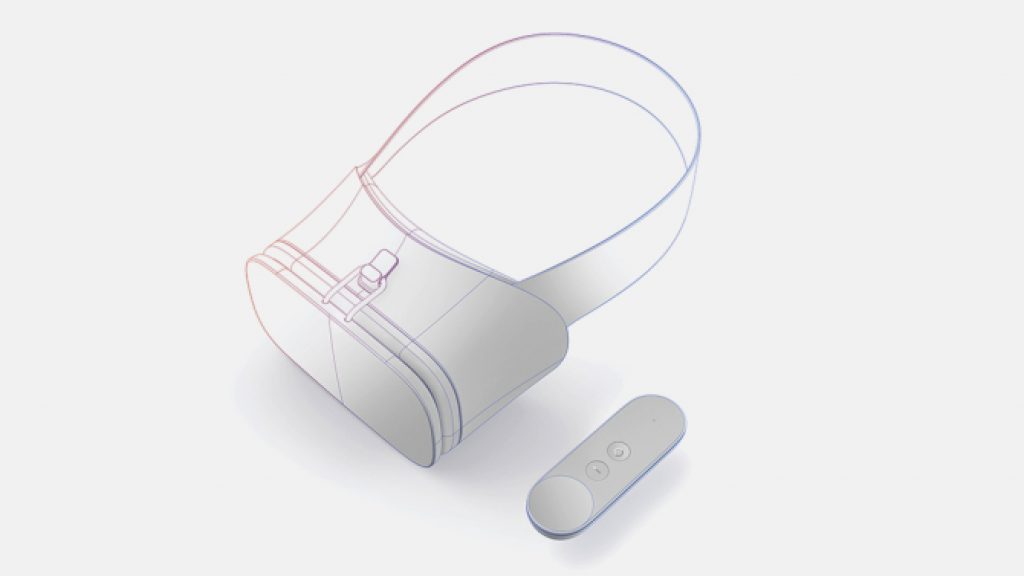