Gaming has always been a great entertainment which has become popular especially during the pandemic. However, there are times when you would need to do something else on you computer while playing a game. This could not be possible when your game is on a fullscreen. Exiting your game could be inconvenient and could lead you to losing the progress of your game. Do not worry as through this article, we shall figure out on how to minimize your game on your PC.

Quickest Methods of Minimizing a Game on PC

There are different keyboard shortcuts you could use to minimize your game on your PC.

Keep in mind that this method does not always work as there are some games and applications that uses this combination of key for some other function.

Another popular shortcut keys that you could use is the Windows Key + Tab. It is the same application as mentioned above. It would open your Task View interface where you would see thumbnails of other opened applications. Through this combination key, you would be able to switch between different applications. On multiple desktops you could use CTRL+ Windows key + Right/Left Arrow Key shortcut. Keep in mind that this could slow down your PC and could use more memory.

This is another shortcut you could use for minimizing your game. It could be used for you to navigate Xbox Game Bar Overlay which is pre-installed on your Windows 10. You could also use the following shortcuts:

This shortcut could minimize your game or your application and switch to the one right below. This feature could only work if you have more than one application open at the same time. It would minimize the app that is currently displayed on the screen. You could keep on using this to minimize all the apps opened one right after the other. Keep in mind that not everyone could use this shortcut as it does not work on some apps which are not displayed on your monitor and it only could be used one at a time.

This key shortcut combination works the same as Windows Key + D shortcut. It could minimize all your open windows and applications to bring you to your desktop. The difference is that it will not restore your minimized applications when used again.

This shortcut provides different tasks depending on the version of Windows you have. For Windows 7 this would open your task manager while in Windows 10 and 11, this would open and cover your screen with menu with different options such as lock, sign out, switch user, change password and task manager. Click on the task manager and choose the option that would minimize your game or other applications.

Though this shortcut is not like the other shortcuts provided and mentioned in this article, it could still be used to minimize your game. It would show you your task manager which you could use to minimize your application. This shortcut works similarly to Ctrl + Alt + Del. The only difference is that the Ctrl + Shift + ESC would bring you directly to the task manager instead of bringing you to the menu first.

The Escape key will pause your game and could even minimize your fullscreen mode. It would provide you the pause menu, however, keep in mind that this key does not work for all games.

Why does Alt + Tab minimize my game

This shortcut could also be used to switch to different applications which are running on your computer. When you use this shortcut it will minimize your game for you to be able to access other open application.

Why does my game minimize when I click on my second monitor?

This is due to your game running on fullscreen mode. Clicking on another monitor or screen will automatically minimize our game that is not on an active monitor.

Why does my game minimize when I hit the D key?

This shortcut does not always work for everyone but if it does, then it would minimize your game.

Yes, this could cause your game to be minimized. All you have to do to fix this is by exiting your iCloud app entirely.

My game is minimized and I cannot bring it back up

Use Alt + Esc shortcut or task manager to restore your game back up.

This happens due to numerous reasons such as faulty GPU drivers, hindering background apps, notifications and potential malware or virus.

How to sign in to iCloud.com from your iOS device 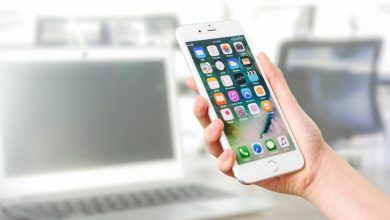 How to Block Spam Group Texts on an iPhone

Best Skype tricks that you should know