We’ve been saying that the specs of the HTC 10 would be a 5.15-inch, Quad HD display, Qualcomm Snapdragon 820 processor, 4GB of RAM, 32GB of storage, with a 3,000mAh battery. We’ve heard these specs leak from renown folks in the business, but a new document shows that HTC is unapologetically going with these specs for its upcoming device, called the HTC 10.

The document, provided by way of site Winfuture, shows the specs as provided by GFXBench. GFXBench is a benchmark scoring site that shows how well a device performs when it comes to on-screen and off-screen graphics. What is most surprising about the leak is that it refutes some earlier information about the HTC 10 that we believed was true at the time. The HTC 10, codenamed “Perfume,” was said to have Android 6.1 Marshmallow on the way — a first, since we’ve been seeing Android 6.0.1 arrive for current Android devices. However, the new leaked specs show Android 6.0.1 will arrive with the HTC 10, not Android 6.1. Android 6.1 Marshmallow is on the way, though, but Google will have to sing about it first. 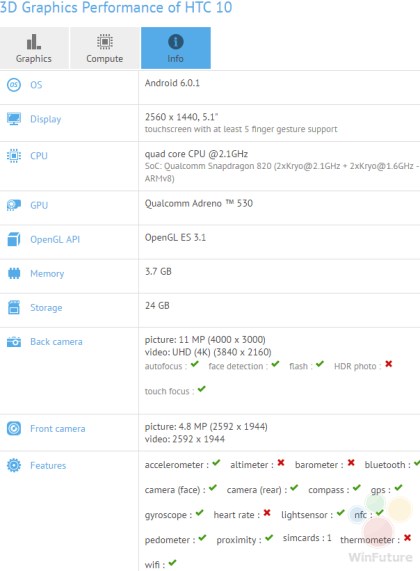 As for cameras, HTC will battle Apple and Samsung head-on, with the Taiwanese manufacturing incorporating a 5MP front camera and 12MP back camera into its upcoming smartphone. HTC has said that we can expect a world-class camera for the device, so we’ll see.

Apart from that, there’s nothing new. The GFXBench sheet does show 24GB of storage on the device, indicating that the HTC Sense 8.0 UI, as well as the Android OS itself, will consume 8GB of storage (combined). Android is RAM, battery, and storage-intensive, and this seems to be the case even with the HTC 10.

While these specs will be welcomed by diehard HTC fans, we sure hope the HTC 10 has something else in store. After all, good cameras are all too easy to find in the high-end market these days, so the HTC 10, with a great camera, still won’t be distinguished by it. We’ll find out more when the phone is released this month. 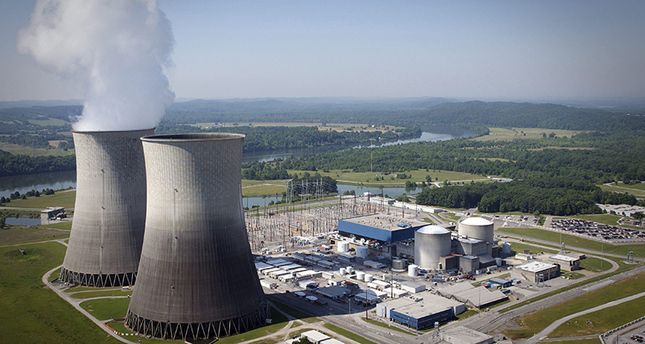 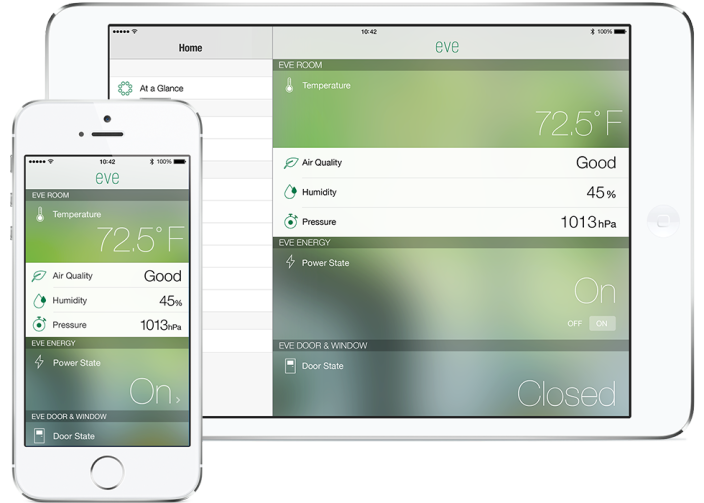