HTC 10 discount offers can be hard to come by, particularly because of the fact that the high-end smartphone from Taiwanese handset maker HTC just arrived on the market about 3 months ago. Sure, Samsung Galaxy smartphone deals surface right around now, but I’ve noticed in the tech world that few alternative high-end smartphones come with enticing deals. This may be one reason to explain Samsung’s top status, though there are other factors involved as well.

In any case, we’re back to bring you an HTC 10 discount for those who’ve been anxiously awaiting one. The deal arrives by way of HTC, who, as you know, released an HTC 10 discount some weeks ago. The deal was destined to end on July 31st, but HTC has decided to keep its HTC 10 discount open until August 7th. That’s three days away, if you’re keeping count. 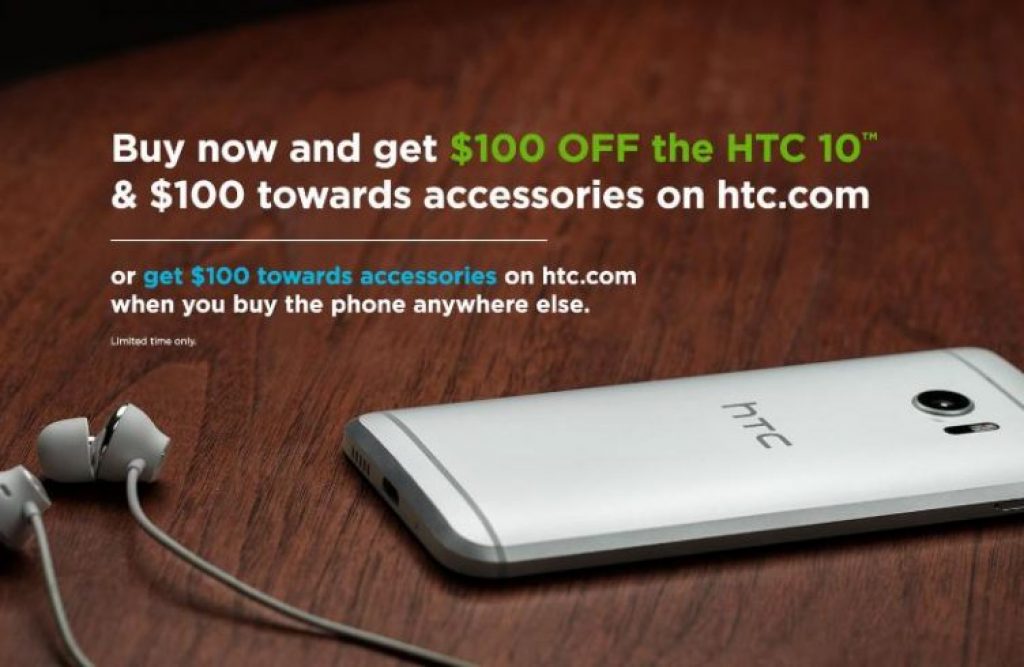 The HTC 10 discount will give you the same $100 off as before, but there is one important caveat that I must address: the deal is only valid for those who purchased their HTC 10 between July 12th and July 31st. If you purchased your handset in May or June (as I did), then you’re unfortunately out of luck. It’s been said that HTC will give $100 away in accessories for buyers, but the company is looking to win over new customers. With the extension date set for August 7th, HTC hopes to give new buyers an automatic $100 off the top of the retail price — bringing the price down to $599 for the HTC 10 instead of the high $699 price tag.

The HTC 10 is a commendable handset in its own right, with the right amount of balance in good design, and color reproduction. The handset has IP53 splash resistance, making buyers a little less afraid of the water than they’re wont to be, though the absence of little additional software over that of Google’s vanilla Android is striking and makes this device somewhat “bland” for those with a healthy software palate.

Stay tuned to Aptgadget, as we’re soon to emerge with an HTC 10 review of our own. The HTC 10 discount, though, is one worth taking up.

Are you making good on that discount?

Apple iPhone 6s announcement can be seen from Safari and Edge web browsers, but not Chrome