More details on the HTC 10, HTC’s upcoming device, are starting to pour in — which means that the unveil time is right around the corner, and with it come further insider info about the battery, display, and so on. We’ve heard HTC say that it looks to improve its cameras, making them the best-in-class of the year (quite a lofty goal for a company whose HTC One M9 didn’t fare much better than the One M8), but we now know what display and battery size HTC intends to implement into the HTC 10.

Evan Blass, a.k.a. @evleaks, is back with more revelation about the upcoming device, codenamed “Perfume.” While HTC had said some time ago that it intended to utilize AMOLED panels like Samsung uses as a trademark for its Galaxy smartphones, the Taiwanese manufacturer has decided against it. “Not sure if this has been reported yet, but HTC 10 features a super LCD 5 display – not AMOLED. Battery = 3000mAh,” Blass wrote from his Twitter wall on March 20th. 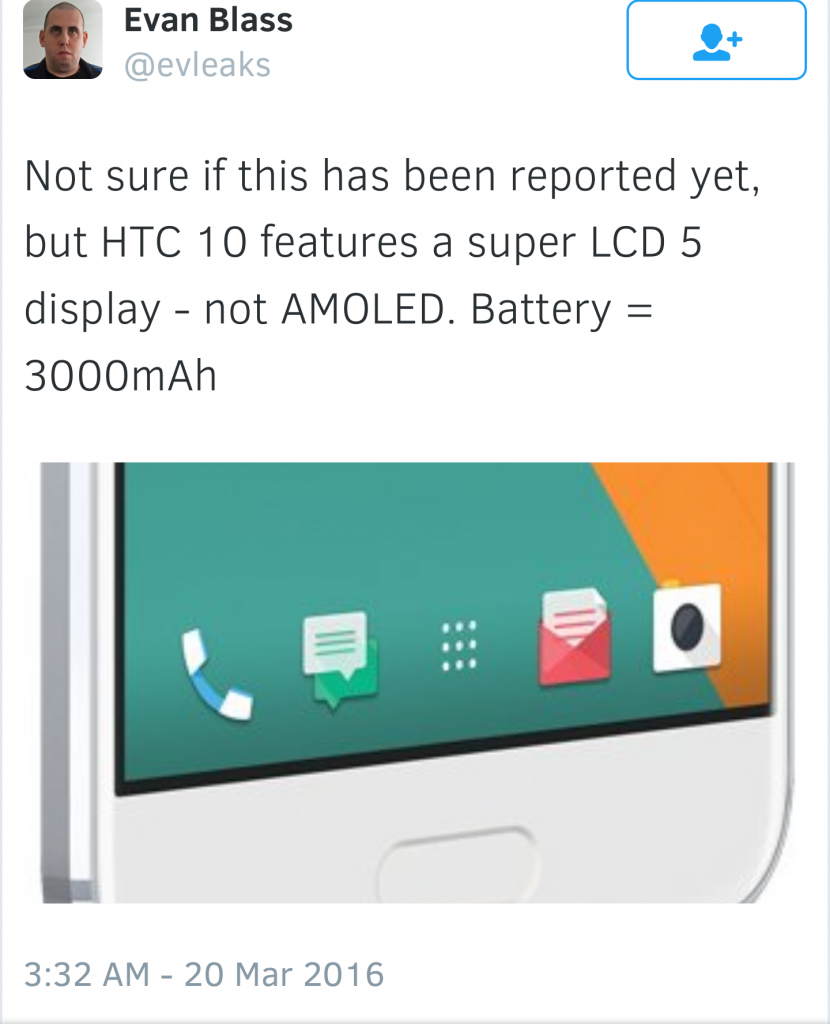 So, one of the most renown leaksters in the business has reported on the display and battery size, and @evleaks has been right about pretty much everything he’s revealed with phones past and present — so I wouldn’t be surprised if all he’s saying about the HTC 10 is true. What this means, though, is that HTC fans will get a super clear display in the HTC 10 that has excellent colors and legibility in sunlight. What this also means is that HTC 10 fans will get a battery size to match that of the Samsung Galaxy S7, one of the top 2 phones of the year (the other one rhymes with “wedge” and has “S7” in its name!).

Apart from this, we know that the HTC 10 will feature a 5.15-inch, Quad HD display with a 2,560 x 1,440p screen resolution, Qualcomm’s quad-core, Snapdragon 820 processor, 3GB/4GB of LPDDR4 RAM, 32GB of storage, and a 3.000mAh battery (as has been confirmed above). Since the device was codenamed “Perfume,” it’s been said that the HTC 10 will bring Android 6.1 Marshmallow, bypassing Android 6.0.1 Marshmallow, the latest Android update to this point. 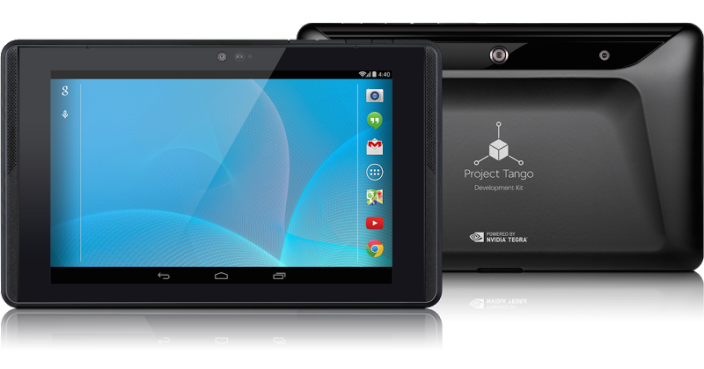 Project Tango to become a separate dvision at Google 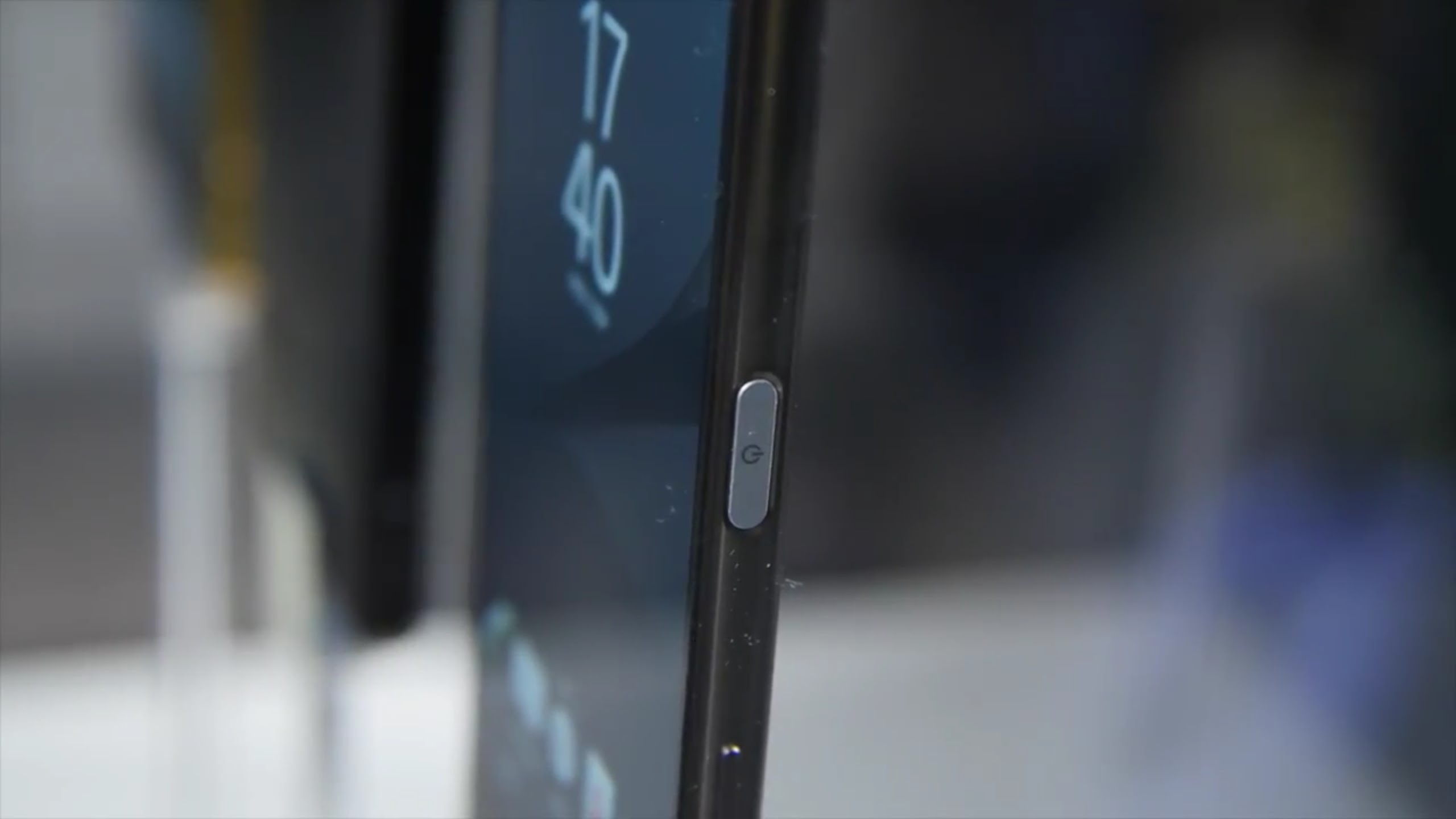 Xperia Z5 and Z5 Compact to arrive in the US in February, Sony says