Android N (still no dessert name) is on the way for Android devices, and with its upcoming arrival, smartphone owners are dying to know whether or not their handset(s) can expect the latest sweet treat to land when it does. HTC has been working hard to overcome the uncertainty a number of Android smartphone owners feel whenever a new update is spoken of: company representative Mo Versi has done his part on Twitter and social media to ease the minds of HTC owners by announcing when updates are headed to carriers, when the company intends to roll out a new update, and so on. Of all the companies on social media right now that are trying to work hard in this area, we must give HTC credit for doing its part.

With Twitter being the main social media medium used by the Taiwanese manufacturer, HTC has come back to Twitter to give an update about Android N: “Life is about to get a little sweeter. Android N will be coming to the HTC 10, HTC One A9 and the HTC One M9,” the company tweeted on Wednesday. 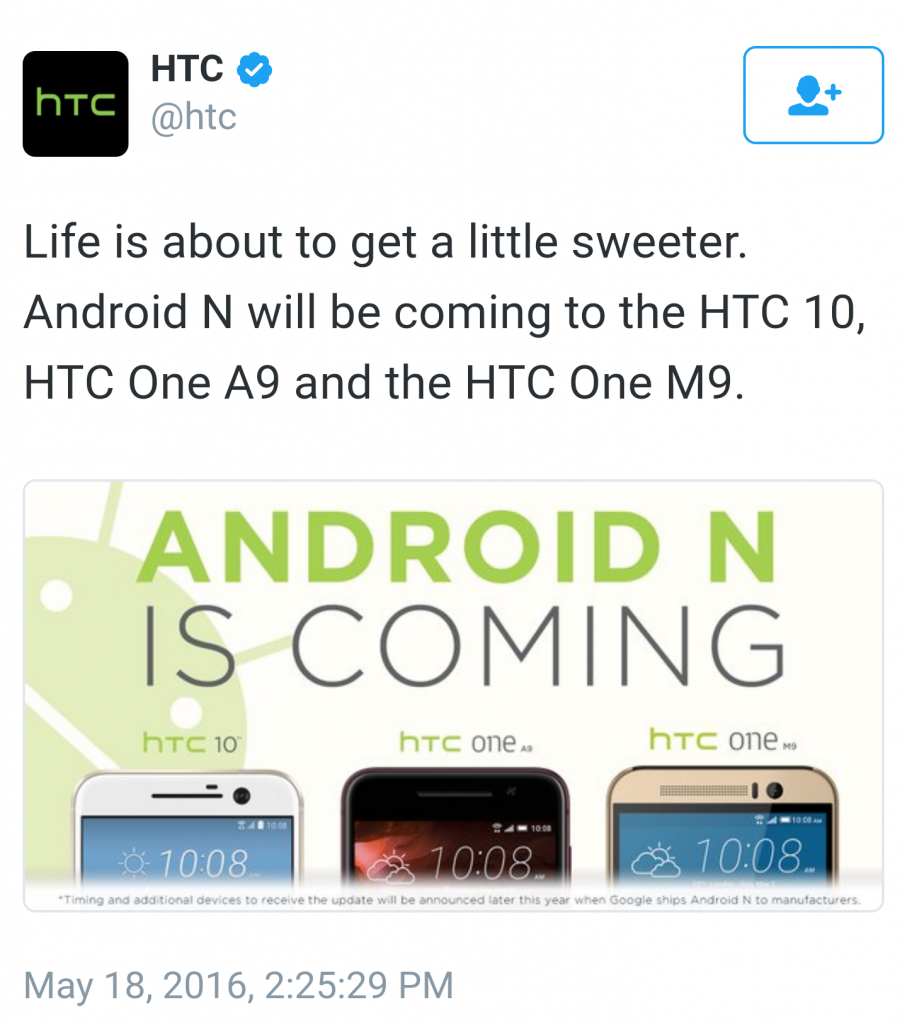 We’re not surprised to see the HTC 10 get Android N, since the device is brand new and has just been released this month for the worldwide market. As for the HTC One M9, it’s only a year old (hence the “9,” as opposed to the new “10”), so it should receive another major update before being laid to rest permanently. As for the HTC One A9, the same story applies: it is a little younger than the One M9, so it should also receive the Android N update when Google decides to roll out the update later this Fall.