Although your gaming PC is a beast, its specs won’t keep up forever. So, you must continuously boost its performance, helping it withstand heavy gaming. This needs to be done regularly as with anything, because technology quickly dates.

Now, how are you supposed to do this? We’ll be discussing that below, giving you the essentials to keep your PC healthy, improving its performance.

In terms of performance, the graphic card is one of the most important things in your computer. Alongside the CPU, the card runs the rig, determining your gaming capacity.

There are a few ways you can upgrade your computer’s GPU.

As you know, gaming computers are designed in such a way that users can tear it apart, reassembling it as a whole, or getting newer components to swap out older ones. You can do the latter with your graphics card. All you have to do is look for one you like. With that out of the way, purchase and plug it in.

It would be safe to assume most users of a gaming computer are proficient in modifying the machine. However, this may not always be the case.

It’s not a daunting task as some gaming PCs are especially easy to open up, coming with slots for you to slide the new components in. If this does not describe yours, you could always contact a professional to do the job for you.

Now, if your gameplay is hindered by constant lag, the improved graphics card would eliminate this.

You can also improve your graphics system without purchasing a new GPU. With your current card in place, make sure you continuously update its drivers if you want smooth gameplay. Usually, you get a notification about this software update, but that isn’t always the case.

Dust Is Your Computer’s Enemy

Although all computers are prone to dust attacks, gaming laptops are especially vulnerable. If the dust accumulation is bad, it will hinder your performance if you’re not vigilant.

Not only will the dust affect your computer’s performance, but it will affect you, as well. We are all vulnerable to allergies which is why you might fall sick after handling your PC. In the long run, it would make gaming impossible for you.

You can avoid this when you first get the computer. Remember to place it in a room that has less dust, in a spot that has not much accumulation. If you have air conditioning, chances of dust collecting is low, so keep that in mind.

If there is a lot of dust inside the computer, its performance would be affected because of overheating. The dust would trap heat, especially in a laptop. This would make it uncomfortable for you to use it and would produce immense lag.

If you own a gaming PC, it’s considerably easy to clean up the dust that collects inside. All you have to do is open up the panel that locks its internal space away, then wipe the insides with a rag.

Now, if you own a gaming laptop instead of a PC, cleanup would be tricky. There isn’t a separate panel to open up, so the only way to get rid of the dust would be to rip the laptop apart. This is dangerous as it can void its warranty. So, you’d have to speak to a professional to get the work done.

With that being said, if you regularly clean the laptop, you won’t have to experience the above.

However, if you do want to find some of the best gaming laptops on a budget, just look up https://budgetreport.com/best-cheap-gaming-laptop/.

If you don’t know what an SSD is, it’s a better alternative to a computer’s hard disk. If your PC already has one, you can ignore this point as some come with it installed.

If you don’t, you should consider getting an SSD as it considerably increases your gaming performance. You may think it reduces lag or boosts performance speed but it doesn’t. Instead, the SSD  reduces the loading time for games.

Waiting for the game to load is a pain which many of us have learned to deal with. However, it can get pretty bad if the game takes a toll on your GPU.

There are various types of SSDs to choose from, each having their own properties. If you spend more on it, you’ll get the best possible one, reducing your loading time the most.

To make sure you get the most for your money, look at online reviews, making sure the driver is fit enough.

Of course, ensure you get one that is compatible with your computer as sometimes, this may not be the case.

By regularly ridding your computer of dust, you’re taking a step to control overheating. However, you can take this further.

First, think about getting your hands on a case fan, installing it in the PC. It regularly blows cool wind onto the internal components of the space, aiding the existing cooling system you may have.

However, the case fan won’t be effective if your existing cooling system isn’t adequate. So, make sure to regularly swap it out for an upgrade.

Get A Good Internet Connection

Online games need a good internet connection. Without this, no matter how great your computer is, you won’t be able to play your games.

To ensure you get an adequate connection, place your router as close to you as possible. This eliminates having bad signal, hence, restricting your gameplay.

If that doesn’t solve the issue, you probably should get in touch with a better ISP. With one on deck, you’ll get a new router with faster internet.

As you can see, there are many ways you can improve your gaming experience on your computer. The points given above were just a few aspects of how to do this. If you implement them, you’ll see a real difference.

Hopefully, you enjoyed the article and will be utilizing the above information soon. 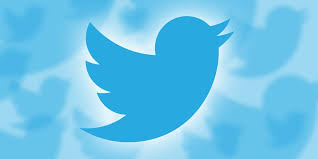 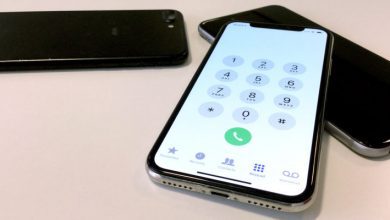 How to Stop Calls on iPhone Without Blocking

How To Get Google Keyboard on iPhone 6s 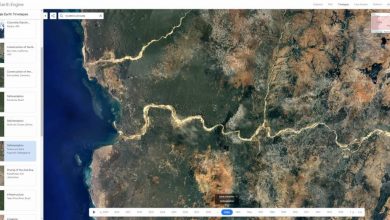