The iPhone SE has proven popular in its own right as a more budget-friendly smartphone for those who want a 4-inch device (reminiscent of the iPhone 5 days from 2012) with the innards of the more recent-generation or next-generation iPhones. It’s been said that due to the idea that this year’s iPhone 7 and iPhone 7 Plus will prove to be nothing more than a big yawn, Apple may choose to use the iPhone 6SE moniker and save the “perfect” number 7 (or lucky number, rather) for 2017 with the launch of the iPhone on Apple’s 10th-year anniversary.

These are the words from a source out of China, who’s gotten his hands on an iPhone 6SE and been able to benchmark it by way of Geekbench 3 (the standard benchmarking tool that measures real-world performance, contra Antutu that measures potential performance). The single-core score of the iPhone 6SE was 3,042 points, with a multi-core score of 5,210 points (matching what we’ve seen from the Galaxy S6 Active Samsung released in 2015 and being surpassed by Samsung’s multi-core scores for this year, particularly the multi-core score of the Exynos-powered Galaxy Note 7). Apple’s iPhones tend to outperform Android devices in single-core scoring, but the Exynos-powered Galaxy Note 7 crushes the iPhone 6SE when it comes to multi-core scoring with its 8,110-point score.

The iPhone 6SE is being said to bear the iPhone 7 guts under a different name, but this may simply be a revised, more updated version of the iPhone 6SE (maybe an iPhone 6s with a lower price tag and a 4-inch screen). After all, when the iPhone SE was launched earlier this year, it had updated innards, matching cameras as Apple’s flagships, but a smaller display (4 inches instead of the 4.7-inch panel on the iPhone 6s and the 5.5-inch panel on the iPhone 6s Plus). Apple could save the “iPhone 7” and “iPhone 7 Plus” monikers for 2017, but we’re not sure that Apple would call its current lineup “special edition” when, in fact, Apple has already created the “6s” and “6s Plus.” Apple’s latest effort, if true, would add yet another recycle year to the cycle before Apple would emerge with a new and transformed iPhone (one transform year for every 3 years, 2 being recycle years).

The photo below shows the label “iPhone 6SE” by the model section, showing that Apple is indeed testing such a model. And yet, as I’ve said elsewhere, keep in mind that tested models may not come to market. Companies test and develop products all the time that are scrapped just before their unveil. Some products come “out of the oven” too soon and are half-baked and must wait for another future opportune time.

We’ll continue to follow the iPhone 6SE rumors across the Web, but for now, just know that it’s looking more and more probable that an iPhone 6SE will emerge at this year’s announcement. 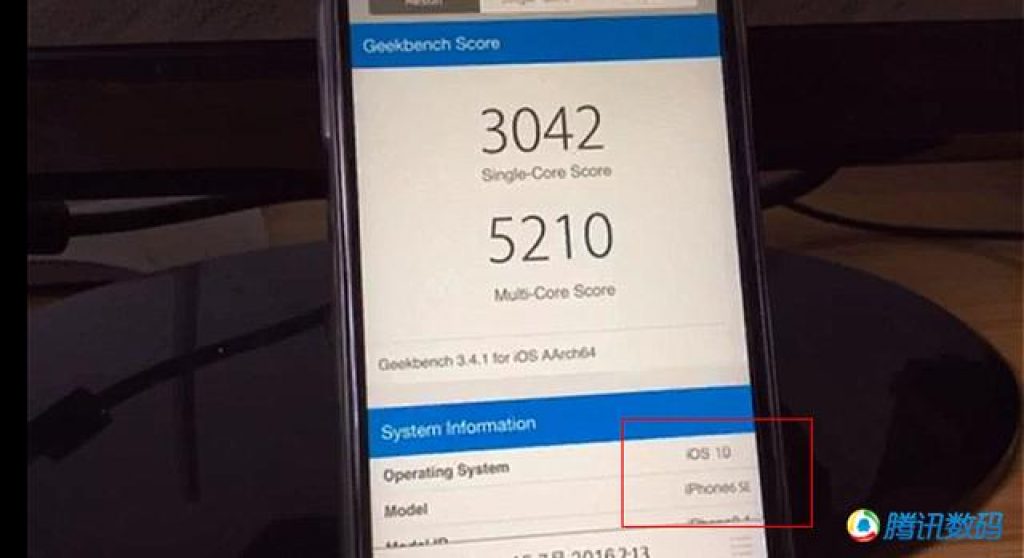