The iPhone 7 Pro has been something of a mystery moniker tossed about with regard to the upcoming iPhone announcement set for September, but little has been said about it. Most knew there’d be an iPhone 7 and iPhone 7 Plus, so we’d assumed that the dual-lens camera setup was destined for the Plus model and that, despite the larger camera slot, the original iPhone 7 would get optical image stabilization (OIS) instead of the dual-lens setup or larger megapixel count.

Well, Plus buyers who wanted the second of the two models to get the dual-lens camera setup will be disappointed. Majorly. The latest leak from the source below shows that Apple will unveil three new iPhones in September: the iPhone 7, iPhone 7 Plus, and a new iPhone 7 Pro. The “Pro,” seen in the photo below, is taller than the Plus and original non-Plus models and is the only one to have 1) the dual-lens camera setup and 2) the Smart Connector slot we’ve seen on the back of the device for some time. Of course, the new Pro iPhone will have OIS, probably on both cameras, since Apple wants the iPhone 7 Pro to be a photographer’s dream.

What the photo shows us is that the regular and Plus models will get some small incremental bumps, but the fruit company is placing all its chips on an iPhone 7 Pro model that will appeal to professional photographers who’d rather pay $900 or $1000 for a great dual camera experience than $3000 or $4000 for a DSLR camera. 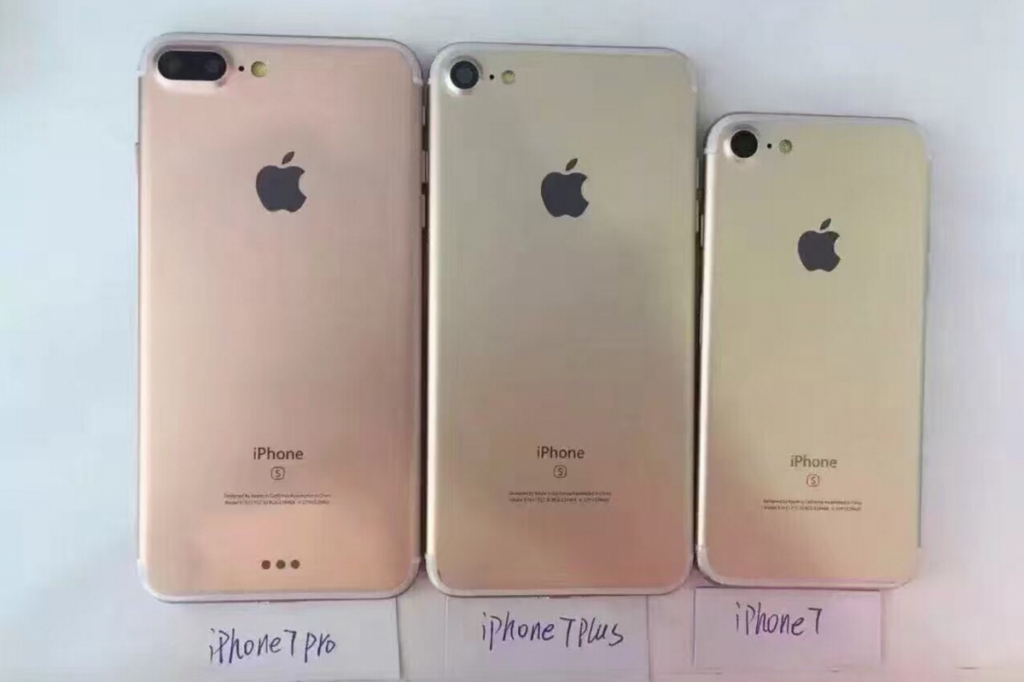