The Galaxy Note 5 has gained notoriety in the past week since its unveiling because of the lack of a microSD card slot and removable battery. If you just do a brief scan of the Web on any given tech site, you’ll find more rants against Samsung than you can handle. I sure have had my fill of the negativity and hate and decided after reading 4 days of the word-blasting that I won’t join in.

The one thing that continues to be repeated like a tired mantra, over and over again, concerns the fact that the lack of a microSD card slot and removable battery are a “slap in the face to power users” who have always supported Samsung because the company’s devices are worlds apart from iPhones. However, should we accept this statement at face value? Should we just take this statement for what it is and nod in the affirmative?

Not really. One question that we can ask in examining this statement is, “what is a power user?” Then, after asking this question, we are ready to conclude whether or not Samsung’s Galaxy Note 5 is a slap in the face to power users.

First, let’s ask the question: what is a power user? A power user is someone who takes full advantage of his or her device. I consider myself to be a power user, since I work using my mobile phone every day. I’ve been test driving a Galaxy S6 Active from Samsung for the last month and I’ve been getting 10-13 hours of on-screen time on a single charge. For that, I’d consider myself a power user – since most consumers only get, on average, 3-4 hours of on-screen time on a typical charge. I use my smartphone for more than just browsing the Web occasionally, but also to take photos, screenshots of my phone’s battery stats, and post on Google+, Facebook, and other social media sites. I spend lots of time catching up on tech news to bring the latest in the wonderful world of tech. Yes, I think it’s safe to say that I’m a power user.

But when these Galaxy Note 5 critics talk about a “power user,” they’re not referring to someone who lives on mobile; if they were, then I could respond to them by talking about how Samsung’s octa-core Exynos processor operates according to big.LITTLE architecture that allows 4 of the 8 cores to be used for large tasks and the remaining 4 to be used for small tasks. In other words, the Galaxy Note 5 is designed for power users who stay on their smartphones all day. We’ve pointed out an early battery performance/endurance test here that throws out the old claim that “a 3,000mAh battery won’t hold up” in a phone with a Quad HD display.

No, the Galaxy Note 5 critics don’t mean a heavy smartphone user when they discuss “power user”; they are, instead, referring to someone who, like them, relies heavily on microSD cards and removable batteries. They like the convenience of taking out an old battery and popping in a new one on the fly when on a trip or on the road or out somewhere with friends and family. And they like microSD cards because they can buy them dirt cheap, download all their Google Play Store movies and music onto them, and skimp on the price of a data plan. They are opposed to using cloud storage and having a data plan to support that, so the microSD card slot and removable battery are cheap options that let them “have their cake and eat it, too.”

Now, there’s no denying that every tech consumer (and consumer in general) wants a discount on something. After all, who wants to pay full price if he or she doesn’t have to? The problem with this mindset, however, is that it doesn’t do justice to the manufacturer. Simply put, it robs the manufacturer of the price that comes with fixed storage. Why should Samsung or any other manufacturer allow you to take $100 and buy 128GB of additional storage when they could make, say, $50 and seal off their storage?

This is where so-called power users disagree and talk about saving money. Yes, yes, yes, we all want to save money, but Samsung, like all manufacturers, wants to make money off its Galaxy Note 5 too. And if they’re providing the storage up front without you having to go buy a memory card elsewhere, why not pay for the convenience? I personally don’t like having to buy third-party storage from third-party manufacturers. It creates the impression of having a “modular smartphone,” with some portion being “swappable” (memory storage). It is a concept that would only work with Project Ara, not Samsung’s “Next is Now” mantra. Of course, Google’s decision to bring microSD card support to Android Marshmallow may have something to do with Project Ara.

It is the equivalent of buying a car from one manufacturer, then turning around and buying the brakes, the steering wheel, or even the windshield wipers from someone else – when the car is new. Now, over time, we wouldn’t chide that person for replacing the brakes, the windshield wipers, or even the tires, but we wouldn’t applaud that person if he or she did so the very moment the individual left the car lot with their 2015 Chevy Tahoe, would we?

That’s what it’s like when you buy a Galaxy Note 5, then turn around and immediately buy a cheap microSD card from Amazon.com to supplement your memory storage. In effect, it’s as if Samsung has freed itself of the responsibility of supplying your internal memory, and you’ve got to have the responsibility of finding a memory card worth buying yourself. Remember, Project Ara for the Galaxy Note 5 is untenable for the customer who doesn’t want to engage in a DIY project.

Yes, microSD card and removable battery users are “power” users in one sense, but they’re not in another. With that said, the Galaxy Note 5 still appeals to power users of LTE data, the cloud, and multitaskers who will make good use of that 4GB of LPDDR4 RAM placed inside the device. The Galaxy Note 5, even with its newly fixed storage, is not a slap in the face to power users. 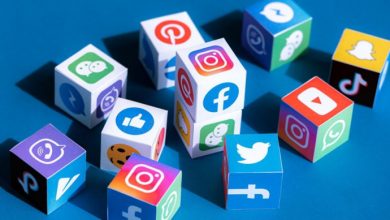 5 Reasons Why You Should Automate Your Social Media 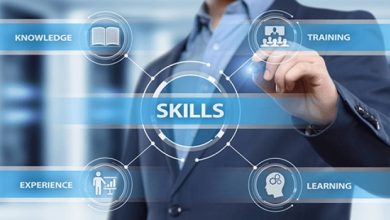 3 Key Tips to Boost Your IT Skills 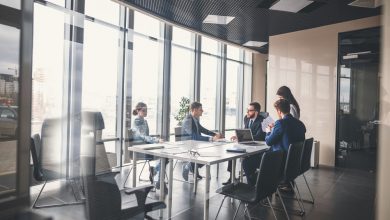 What Does A Startup Office Really Need In 2021?