The LG G5 has been out for some weeks now, and a number of tech reviews have poured in. The situation doesn’t look the best for the G5: after all, the build quality of the device is questionable, apart from the so-called modules that have come in at steep pricing (the 360 VR headset, for example, is $200, whereas Samsung’s Gear VR is just $99). The display isn’t the quality you’d expect of the large numbers it boasts on a spec sheet (the 5.3-inch, Quad HD display with 2,560 x 1,440p screen resolution sounds more impressive in theory than it is in real life), in addition to the bland LG UX with a few icons that one just finds downright hideous.

Well, LG hasn’t given up on its “Friends” module project for the LG G5, with the company announcing a new lifestyle camera module three days ago called the Action Camera with LTE. The new LG Action Camera with LTE is so-named because of the 4G connectivity the device offers (hence, LTE), and it not only offers fast-moving actions such as video recordings of bike races, underwater scuba dives, and life from your perspective (whether in cars, bicycles, and in helmets), but also serve as a home monitoring and surveillance camera. You can use it to have fun and protect your home at the same time, making it a true lifestyle camera and lifestyle companion.

The LG G5 Action Camera with LTE features a 12.3MP camera with f1/2.3 camera aperture and 1.55 micron pixels, USB Type-C 2.0 (apparently, USB Type-C will be updated at some point in the near future), UHD video recording up to 30 frames per second (fps), Full HD up to 60fps, and HD up to 120fps, HD live video streaming at 30fps, 2GB of RAM, 4GB of storage, up to 2TB of microSD card slot storage, IP67 water and dust resistance (you can submerge it in 1 meter of water up to 30 minutes), GPS, accelerometer, and a 1,400mAh battery.

The LG G5 Action Camera with LTE comes in just one color, gray, and LG says that you can use the Action Cam to beam content to YouTube directly without having your smartphone – which should prove a fun experience for those who have made YouTube the place to showcase what they’re doing and what they’re good at (such as cooking a meal, for example).

For now, the Action Cam will only be available in South Korea, but LG looks to bring it to both Europe and the USA afterward at some point in the immediate future. Pricing for now is unavailable, but we’ll find out soon enough. 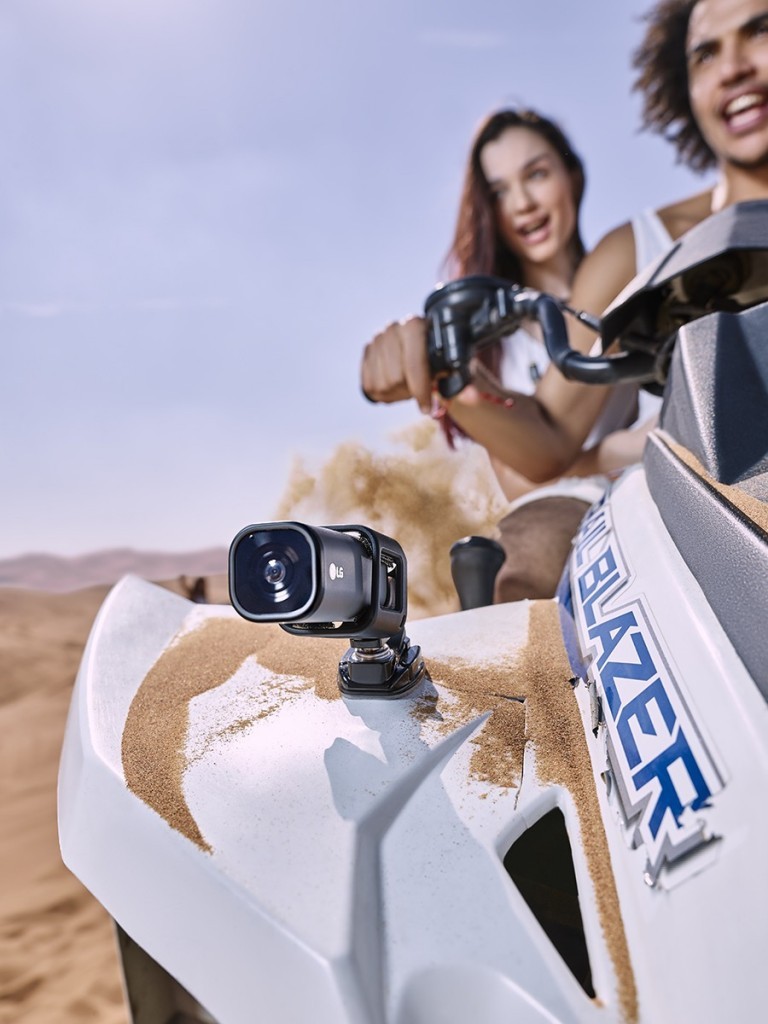 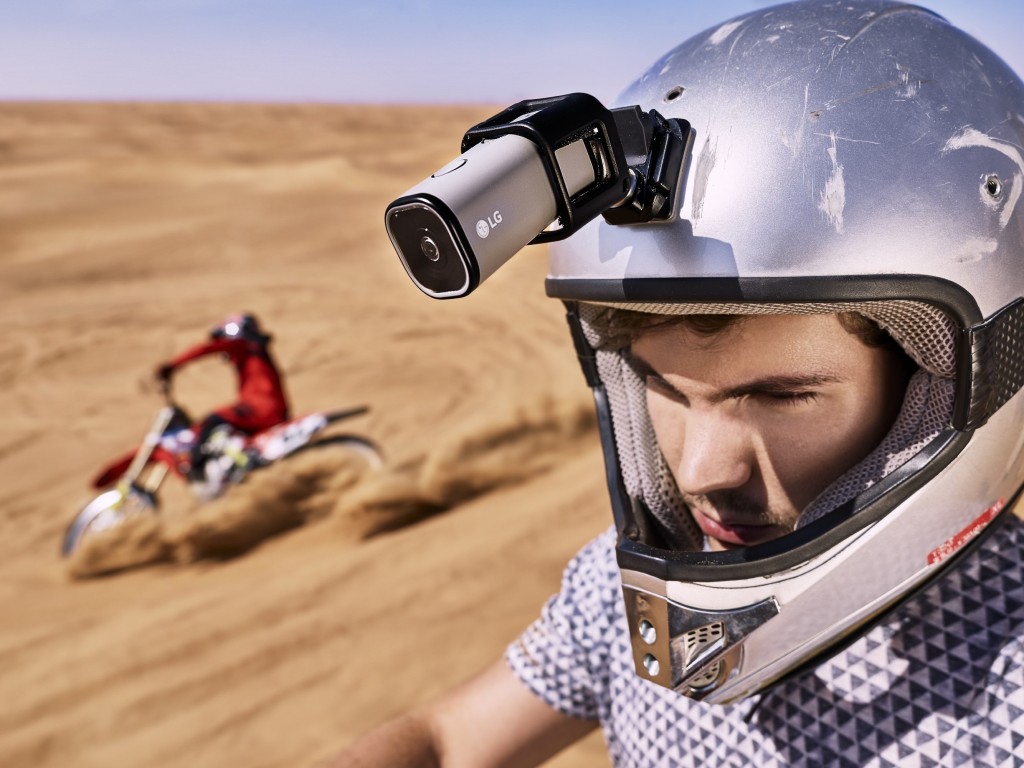