LG is all set to make an announcement at Mobile World Congress 2016 next month, seeing that it never lets go of an opportunity to attempt to show up its fellow Seoul opponent, Samsung. This year, though, LG intends to let go of its tired G4 hardware design and come back to the table with something different that many have wanted for a long time. After the faux-metal G3 and G4 flagships, LG intends to emerge with a fully metal body in the LG G5. 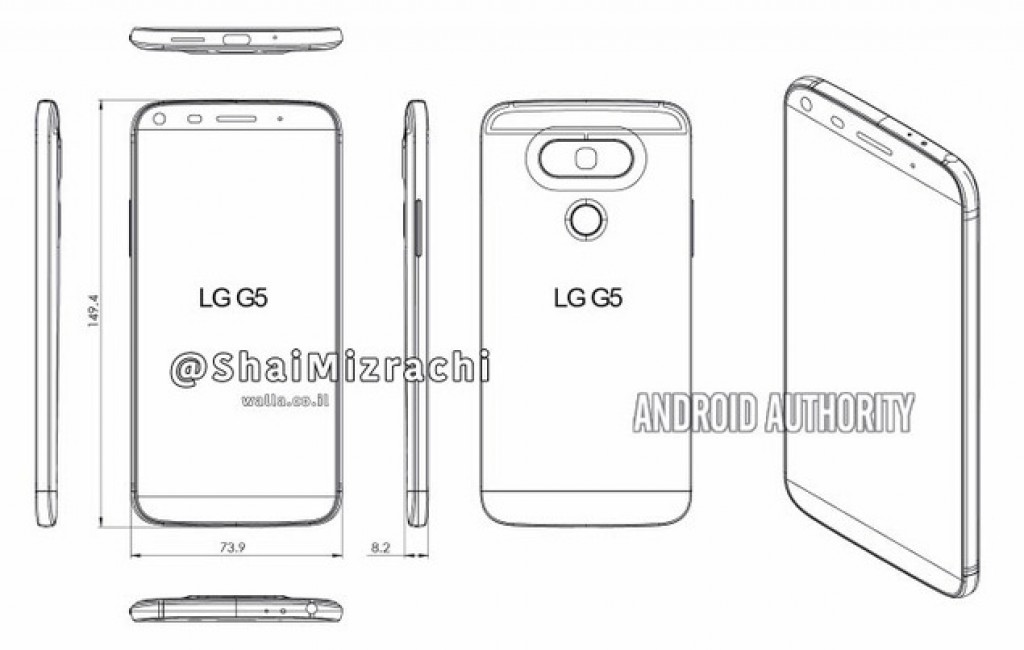 A new LG G5 diagram that has surfaced, courtesy of Shai Mizrachi and Android Authority, shows LG going with a wider device than the company’s ever released for a flagship, with many believing that LG may indeed match Samsung’s 5.7-inch phablet form factor in the new LG G5. As for LG’s rear volume rocker buttons, LG will move them to the side (as has been the case with most Android manufacturers). Some are saying that LG may even bring the “secondary” edge display and its notifications to the LG G5 in order to compete with Samsung’s own Galaxy S7 Edge and Galaxy S7 Edge Plus.

The LG G5 is said to feature a “magic slot” that can be connected to VR headsets, headphones, and more, and the G5 will distinguish itself by way of a removable battery coming from the bottom of the phone rather than at the back of the device. This has been done so the LG G5 can maintain its metal body and removable battery at the same time. 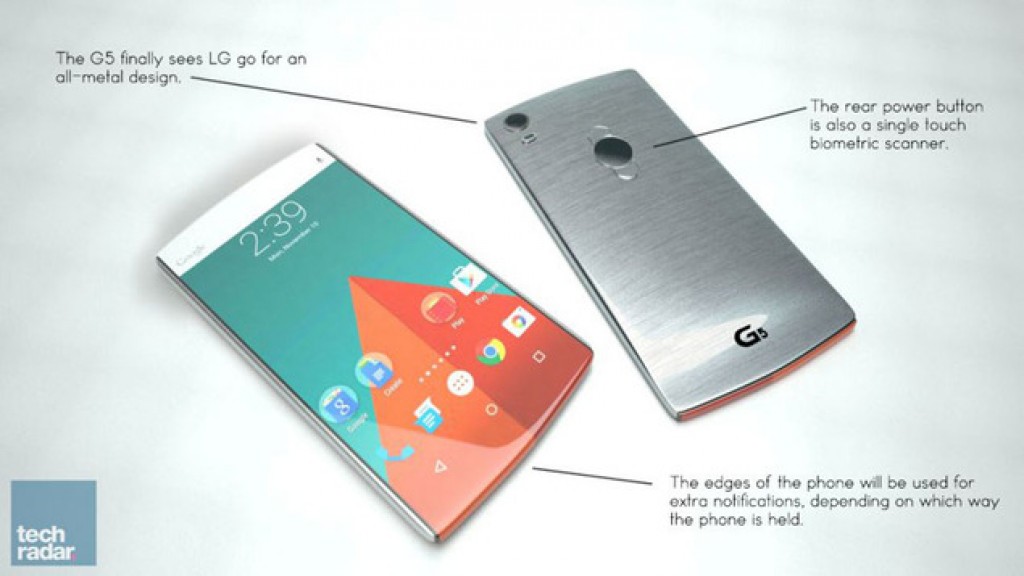 The LG G5 will be announced by LG, of course, with the company doing its best to post a stellar year. Its connection in the G Flex 2 with Qualcomm’s “overheating” Snapdragon 810 processor in the initial batch, coupled with the tired design of the LG G4, left a lot to be desired from LG last year. The company looks to do something different, but Samsung’s decision to provide water resistance, alongside of the tried-and-true microSD card slot in the Galaxy S7, may prove to be too much for LG.