The battle continues to heat up between Korean rivals LG and Samsung, and the battle is spreading to both company’s smartphones — as both rivals look to compete for devotion this year. We’ve been telling you about the designs of both the LG G5 and the Samsung Galaxy S7, but we’re now getting a look at the software side of things, and the contest between LG and Samsung will narrow down to the Always On display feature LG claims. 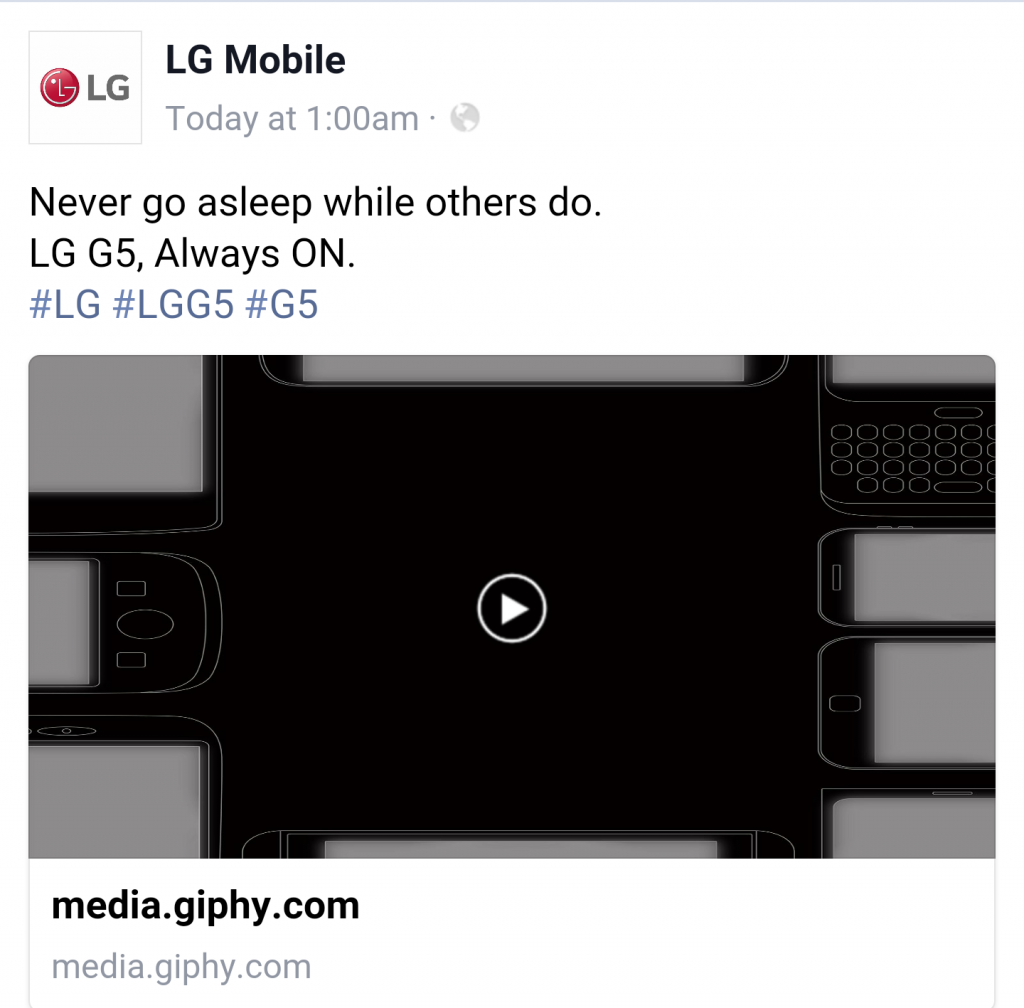 On its Facebook wall, LG wrote that “Never go asleep while others do. LG G5, Always ON. #LG #LG G5 #G5,” pointing in no uncertain terms to what will be the Korean manufacturer’s next-generation flagship device next month.

Now, just to clarify, the Always On Display doesn’t refer to the display being on all the time, but instead to a preselected set of data such as the time and weather that can be displayed on the front of the device display even when the phone is idle and at rest — presumably without killing battery life, that is. And this seems to be the direction that LG is headed in. Of course, we should also point out that LG only made this announcement about the LG G5 after news surfaced that Samsung had patented Always On Display technology for the upcoming Galaxy S7 and Galaxy S7 edge — so, as usual, the LG G5 (as has been the case with the LG V10 and other G flagships) will have some borrowed features from Samsung’s own smartphone line.

We don’t know what else LG intends to bring to the table, but we sure do hope that the Korean giant doesn’t intend to copy every new feature Samsung brings to its “Galaxies.” If there are any new software details, we’ll be back to bring them to you.