Microsoft took the wraps off its newest Lumia smartphones, the Microsoft Lumia 950XL and 950, and the next-generation Surface Pro, called the Surface Pro 4, today in New York.

The Lumia 950 and 950XL are Microsoft’s latest-generation smartphones, with the company having purchased Nokia’s mobile division some time ago (if you remember). Panos Panay introduced the two new smartphones, with the Microsoft Lumia 950 featuring a 5.2-inch OLED display with a pixel density of 518ppi. It seems as though the Lumia 950 features a Quad HD display, although no powerpoint slide in the presentation stated as much (though sources say the resolution is 2,560 x 1,440p). The Microsoft Lumia 950XL has a 5.7-inch OLED display, so you can see that the XL model is the company’s 2015 flagship.

At the same time, though, we’ve seen what happens when Sony attempts to use two heat tubes in its latest Xperia Z5 models: despite the effort, the devices still tend to overheat. Sony made news again this week for its Xperia Z5 Compact that is now overheating and creating page stutters and quite noticeable lag in performing application processes – so we wish Microsoft luck with the new Microsoft Lumia 950XL. The Lumia 950 won’t have the octa-core Snapdragon processor, but the hexa-core simply can’t perform at the same speed and with the same grace as the octa-core. It’s considered to be a more budget-friendly form of the company’s flagship attempt this year. 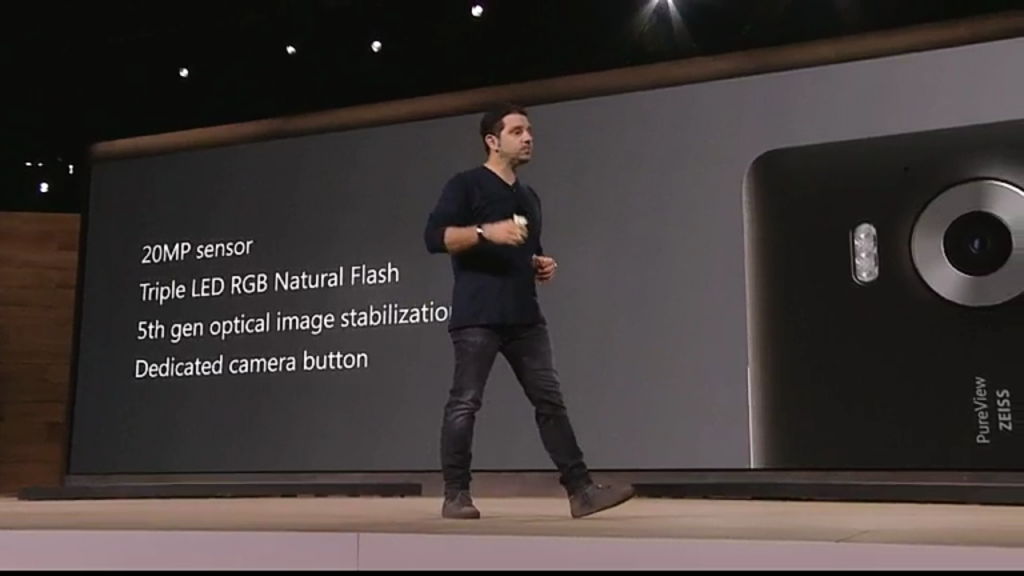 There are some interesting new features with the Microsoft Lumia 950XL. First, Microsoft has placed a 20MP camera sensor on the back camera, with a triple LED flash (as opposed to a dual-LED flash setup on the iPhone), fifth-generation optical image stabilization (OIS), and a dedicated camera button. The 20MP back camera will be stellar, no doubt, since Lumia cameras have always done well even with fewer megapixels. The Triple LED flash is there to let in more light, but we don’t know what f/x.x camera aperture Microsoft has given the Lumia 950 and 950XL. The dedicated camera button is a favorite for those who like touching physical buttons instead of being forced to find everything on-screen.

Lastly, in a trend typical of smartphones nowadays, the Microsoft Lumia 950XL features USB Type-C charging, as does the regular 950. Panay took to the stage to talk about how USB Type-C will help your phone charge up to 50% in just 30 minutes so that you need not charge it to 100% to get out the door and on with your day or activity at hand. Aside from these features, the Microsoft Lumia 950XL and 950 come with a 5MP front cameras, 20MP back cameras, 3GB of RAM, 32GB of storage, and fingerprint scanners.

Microsoft introduced alongside of the Microsoft Lumia 950XL a display dock with three USB ports and an HDMI and DisplayPort that lets you use your phone while it’s charging. 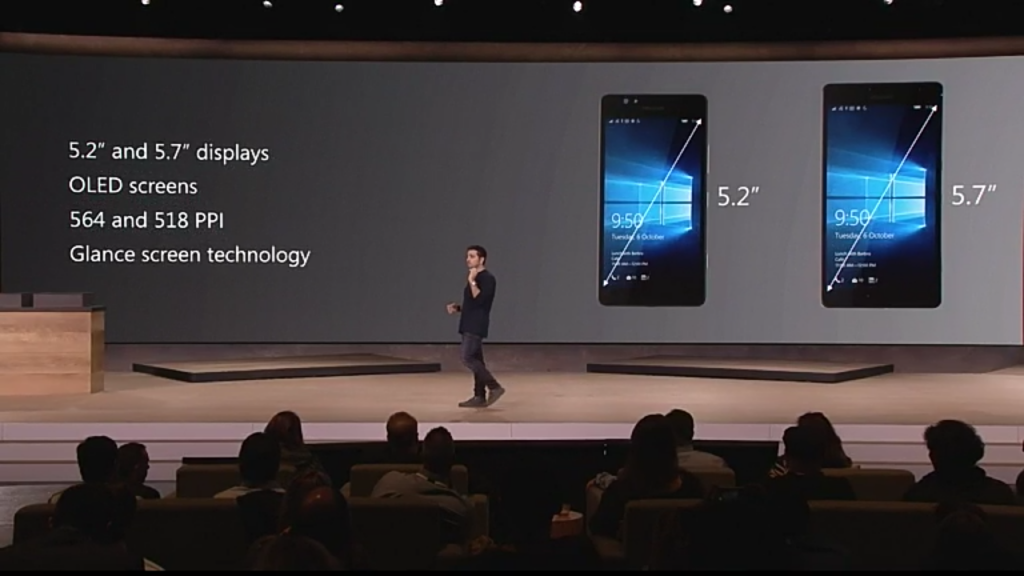