If the evidence convicts, Google is all set to release the Android Marshmallow update for the Nexus 5, 7, 9, 10, and Player as early as tomorrow (the official date on the TELUS update chart). Motorola has decided to publish its list of updates at its blog.

The current devices scheduled for the Android Marshmallow update include the 2015 devices such as the Moto X Pure Edition (third-gen.), Moto X Style (third-gen.), Moto X Play (2015), and third-gen. Moto G (2015). As for 2014 devices getting the update, these include the US 2014 Moto X, Latin America, Europe, and Asia 2014 Moto X (second-gen.), Moto G 3G and Moto G LTE (second-gen.), Moto Maxx, and Moto Turbo. Even Motorola’s flagship with Google, the Motorola Nexus 6, will receive Android Marshmallow, since Google has committed to two years of updates for its Nexus line.

Unfortunately, it’s not all good news for US customers. The 2014 Moto X in the US that will be updated is the unlocked version, not the carrier versions from US Cellular, AT&T, Verizon, Sprint, or T-Mobile. Notice, too, that both Moto G versions are supported (3G and the LTE version), but there’s no Moto E on the list. In other words, neither the first or second-generation Moto E models (including the one unveiled some six to seven months ago) can expect to receive Android Marshmallow. The Moto X 2015 comes without carrier support, so all Moto X 2015 models will receive updates. The Moto X 2013 will also be killed off, since it’s two years old. The Motorola Droid Turbo will see the Marshmallow update, so that’s a good sign for Verizon customers.

Motorola says at the bottom of the blog post that “All upgrades are subject to carrier support and approval, and the phone being able to support the upgrade,” which means that, if carriers aren’t selling the device in large numbers (which they aren’t, as seen by Motorola’s continued bleeding profits), then what’s the point in updating phones that aren’t bringing in the profit? Carriers, like manufacturers, have to think about profitability, too.

Android Marshmallow will become the current best update from the search engine giant now that the Nexus 6P and Nexus 5X have been announced, but many a Motorola US customer isn’t happy in this moment. There’s really nothing that can be said, except for the fact that Android OEMs and carriers have always had to fight about devices and updates within Android. Since many Americans choose to buy a device and service from their local carriers, manufacturers often have to play nice with carriers when it comes to selling devices. Samsung and LG devices are often updated because Samsung devices are profitable for all US carriers. No matter which of the top five carriers you visit, Samsung smartphones sell, regardless. That isn’t the case for Motorola, for example, who, like Sony, sits at the bottom of the proverbial food chain when it comes to updates and sales.

Android Marshmallow will come for all Nexus owners (those who didn’t purchase a carrier-specific model, anyway), but not every Android device will see the new update. Samsung’s provided its own early Android Marshmallow list, and the Galaxy Note 3, now two years old, has not yet been declared Android Marshmallow-eligible. It just goes to show that most Android OEMs don’t have a specific policy on updates and update-eligible devices, but most consumers assume that a device purchased as soon as its announced has two years before it is denied updates.

Motorola says that this Android Marshmallow-eligible list is preliminary for now, but we don’t see Motorola changing or adding the Moto E to this list. The truth of the matter is that a $100 device shouldn’t really demand anything as far as updates are concerned. I’ve said the same thing about budget-friendly Samsung devices before. 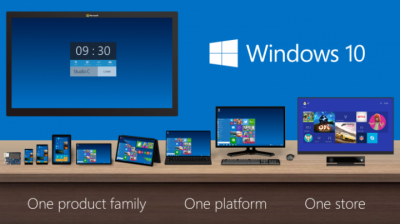