Have you taken advantage of the 50% off any album offer from Google at the Play Store yet? Well, Google’s most recent devices (and even last year’s Nexus 6) are now included in some stellar deals this holiday season. The Nexus 6, crafted by Motorola and loaded with Google’s vanilla Android software, is now available for $249.99 from online retailer Amazon. The Nexus 6 features a 3,220mAh battery that provides up to 24 hours of battery life (and no more). The Nexus 6 is only a year old, but you’ll get updates straight from Google when the time comes for Google to drop Android N on the consumer public, for example. The Nexus 6 is unlocked at this price, so you need not worry about waiting for T-Mobile to send the latest in Android 6 weeks after the fact.

If you’re in the mood for the Huawei Nexus, then Best Buy’s Nexus 6P deal will grab you. Best Buy is selling Google’s 2015 flagship for $500, which is twice as much as Amazon is selling the Nexus 6 for. Keep in mind that Google really revamped and improved its camera offering this year, not to mention the addition of the Nexus Imprint fingerprint sensor in the Nexus 6P (a feature the Nexus 6 lacks), an aluminum body (as opposed to the plastic, peeling back cover of the Nexus 6), and a bit bigger battery (the Nexus 6P has a 3,450mAh battery versus the 3,220mAh battery of the Nexus 6). The Nexus 6 comes pre-loaded with Android 5.0 Lollipop versus the Android Marshmallow pre-loaded software of the Nexus 6P. Of course, the Nexus 6 is update-eligible, but it is a nicer experience when the update comes pre-installed.

The Nexus 6P is a collaboration between Google and one of its rising OEMs, Huawei. The company is on track to sell over 100 million smartphones this year, with 100 million having already been achieved. Huawei sells its smartphones at somewhat steep prices, but the Chinese manufacturer makes premium devices and has potential to disrupt the industry within the next year or two. Google’s decision to partner with Huawei shows the search engine giant’s desire to forge partnerships with top-tier manufacturers. We think the Huawei/Google partnership has been designed to benefit Google as much as it has Huawei, but the Nexus 6P, without assistance or with assistance, is still a wonderful device.

Google says it has improved its battery performance in the Nexus 6P, but it seems as though other simulation tests say otherwise. At the end of the day, however, it’s up to you, but these deals could soon expire. The Nexus 6P is the better deal here, but someone may not care about the latest and greatest and want a deal from Google with quick updates. The Nexus 6 is as good an offer as any for those who want a great phone at “not-an-iPhone” prices. 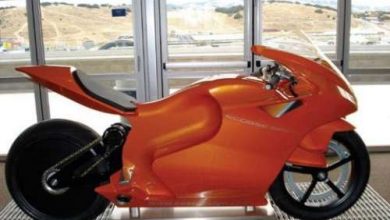 Verizon “Perfect Couple” Deal lets you buy one, get one at 50% off