With the upcoming release of HTC’s new flagship, the HTC 10, memories drift back to the HTC One M8 and its Windows Phone variant. HTC did not release an HTC One M9 for Windows last year, but some diehard HTC fans are hoping that the company would make a Windows Phone version of the HTC 10 this year. Unfortunately, the answer to that question will not only disappoint the diehard fans, but make Windows Phone users cry.

Evan Blass, a.k.a. @evleaks, answered the question a few days ago on his Twitter wall, the place where he always answers tech questions for those who pose them. “Guess I can appreciate the optimism, Windows fans, but the answer is no. Every time, w every phone, answer is no :/” 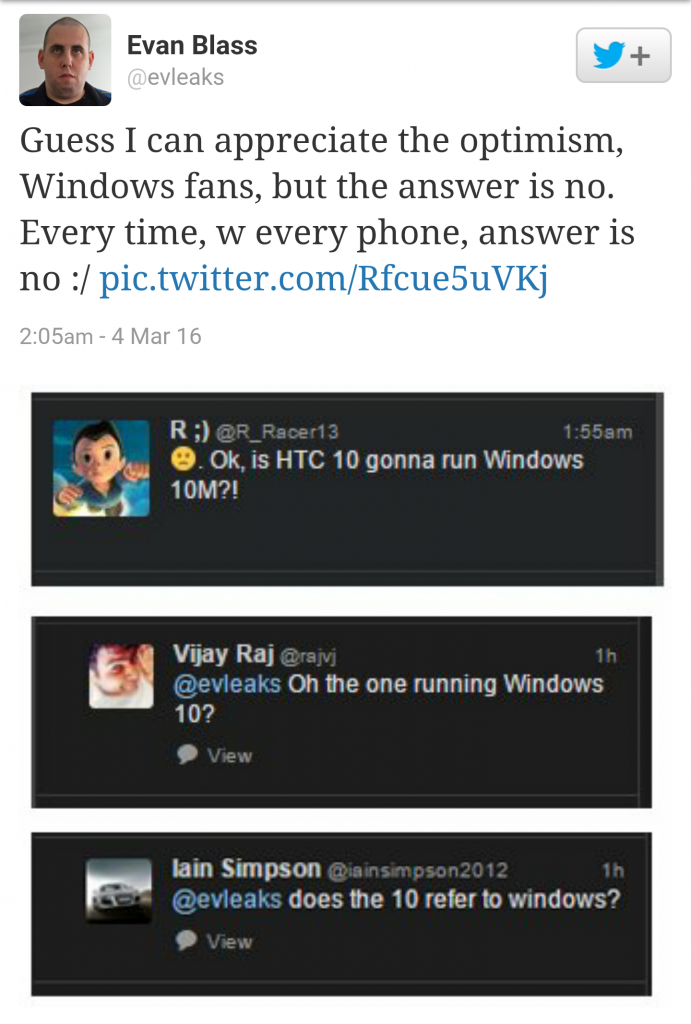 In other words, there will be no HTC 10 for Windows model this year, no HTC flagship running Windows Phone or Windows 10 Mobile in 2016. HTC seems to be taking their losses seriously and doing whatever they can to make a financial and commercial comeback. The Taiwanese manufacturer is reported to have lost $103 million USD (or Tw $3.4 billion) in Q4 2015, despite the fact that the company seems to have had some financial gains during the Christmas season. For HTC, though, it is the third straight quarterly loss the company has had, and HTC must find some way to stage its own comeback. Offering an HTC 10 for Windows Phone or HTC 10 for Windows 10 Mobile phone this year just wouldn’t help the company’s bottom line in that regard.

With HTC’s success in the tank, the company can’t take chances — but perhaps Samsung could. With the Korean giant having made a TabPRO S laptop that runs Windows, a high-end Windows 10 Mobile smartphone from Samsung may not be that far off.

As for the HTC 10, the device will feature (from the early specs provided) a 5.2-inch, Quad HD display with a 1440p screen resolution, a quad-core Qualcomm Snapdragon 820 processor, 4GB of LPDDR4 RAM, 32GB of onboard storage, and come in three colors. The HTC 10 moniker is set in stone, and evleaks says that you can expect the device to be announced on Tuesday, April 19th, at around 10am in the morning. Stay tuned to Aptgadget as we bring you more on HTC’s upcoming flagship. 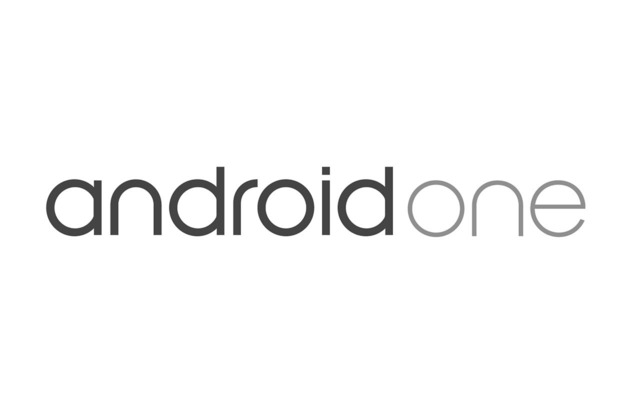 Google to expand Android One project