Samsung is one of the top Android OEMs, but the Korean giant is also one of the more quiet ones when it comes to future Android updates — providing little information regarding the time of release for its customer base. A new group of leaked images show that Samsung is prepping Android Marshmallow for its 2015 handsets, the Galaxy S6, Galaxy S6 edge, Galaxy S6 edge Plus, and the Galaxy Note 5.

The new leaked images show Samsung’s new changes for the Galaxy S6 and the Galaxy Note 5, with the S6 receiving new manual controls within its Pro mode, as well as the use of white in the Quick Toggles settings rather than the old, familiar bluish-greenish color. The major desktop doesn’t look any different in the Galaxy S6 than before with the new Marshmallow changes, but Samsung has taken the “rounded square” look on the desktop of the Galaxy Note 5 and added it to the power settings (Power Off, Restart, and Emergency Call) in the Note 5, for example. There are few additional, noticeable changes, but Samsung is trying to “Marshmallow” TouchWiz more than ever before. For those who don’t care for the new changes within Android Marshmallow or think they’re significant, you can always grab a new theme from the Theme Store to customize your device.

As we’ve reported on Android Marshmallow, there are some changes to anticipate. For one, customizable app permissions have been a big favorite of iOS users but Android as a whole is just getting them in Marshmallow. Next, Android Marshmallow will bring a new Doze battery mode that saves battery when your device is idle and at rest. You can read some other Android Marshmallow changes here.

Take a look at these few leaked images and visit the source below for more. 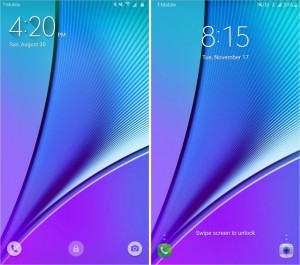 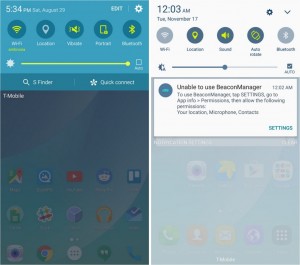 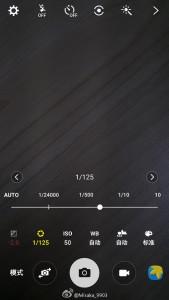