Looking for the best smartwatch to keep track of your sport activity and health indicators? Look no further…

Currently, smartwatches are a very popular tech category. According to rough estimates, in 2018, buyers spent more than$ 35 million on smartwatches. It’s quite an impressive fact, but not surprising. Such gadgets can perform a wide range of useful functions, such as tracking physical activity, monitoring a body’s state, and displaying messages and notifications from your smartphone. College students can use these gadgets to access and manage emails, navigate online student dashboards, check assignments from professors, monitor their academic progress, and pay for writing an essay. Modern Smartwatches can also help you book tickets and pay public transport fares from your wrist. We decided to gather the best smartwatch models in our article for you to quickly choose the one that can suit your needs. Among our top picks are the models manufactured by Apple, Fitbit, Samsung, Huami, and other leading tech companies. Check out our top picks right now. 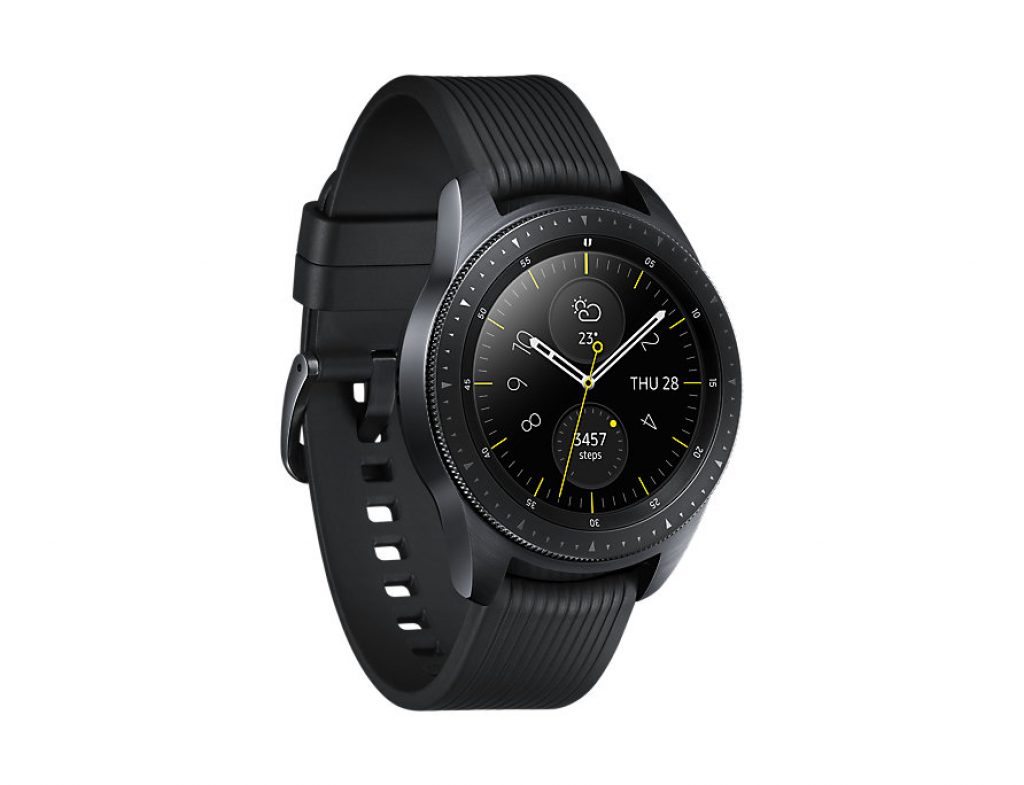 The Samsung Galaxy Watch is available in two sizes – 42 mm and 46 mm. The larger version comes in silver color and has a black frame around the screen, while its smaller 42mm counterpart is available in black or rose gold. The model boasts an integrated GPS receiver and a heart rate sensor. It also provides support for NFC payments.

The Galaxy Watch can automatically identify the type of physical activity you’re engaged in, determine sleep stages, and assess your sleep quality. When paired with the improved Samsung Health app, the smartwatch can track up to 39 different workouts. Compared with the previous series of Gear S3, the Galaxy Watch’s battery life has been substantially improved. The 42mm model can operate 2-3 days on a single charge, whereas the 46mm version can work up to 7 days, depending on the intensity of use. 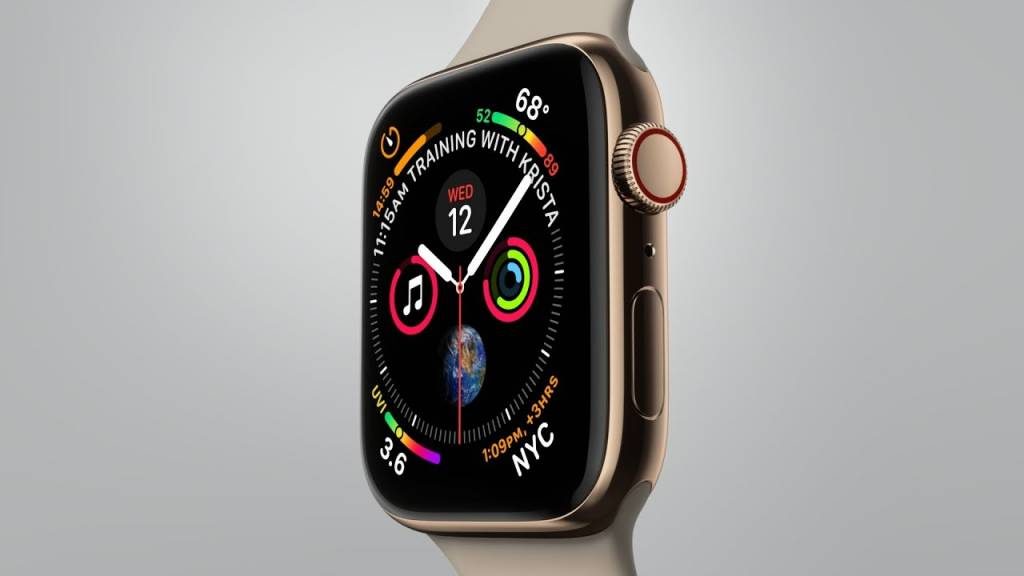 Almost simultaneously, Samsung and Apple released flagship models of their smartwatches – the Galaxy Watch and the Apple Watch 4, respectively. It is very difficult to choose between these two decent options, since they differ in characteristics and design. Galaxy Watch is more versatile due to its compatibility with smartphones running on both Android and iOS, whereas to make a full use of Apple Watch 4, you’ll need an iPhone.

You’ve already familiarized yourself with Samsung’s creation. Now it’s about time you took a closer look at the Apple Watch Series 4.

Apple has significantly updated the design of its smartwatches line when released the Watch Series 4. The watch features a much larger screen, as well as a slightly larger case size (40mm and 44mm). The new version is equipped with an improved, considerably louder speaker and the new S4 processor which offers the performance twice as good as the Series 3. The Watch Series 4 is also packed with such a useful feature as ECG App keeping you abreast of any changes in your heart rate and detects atrial fibrillations. However, this feature will be available for US users only at the end of the current year. Also, the watch is equipped with a more accurate accelerometer and gyroscope. The watch is capable of detecting slip and fall accidents and automatically contacting emergency services. 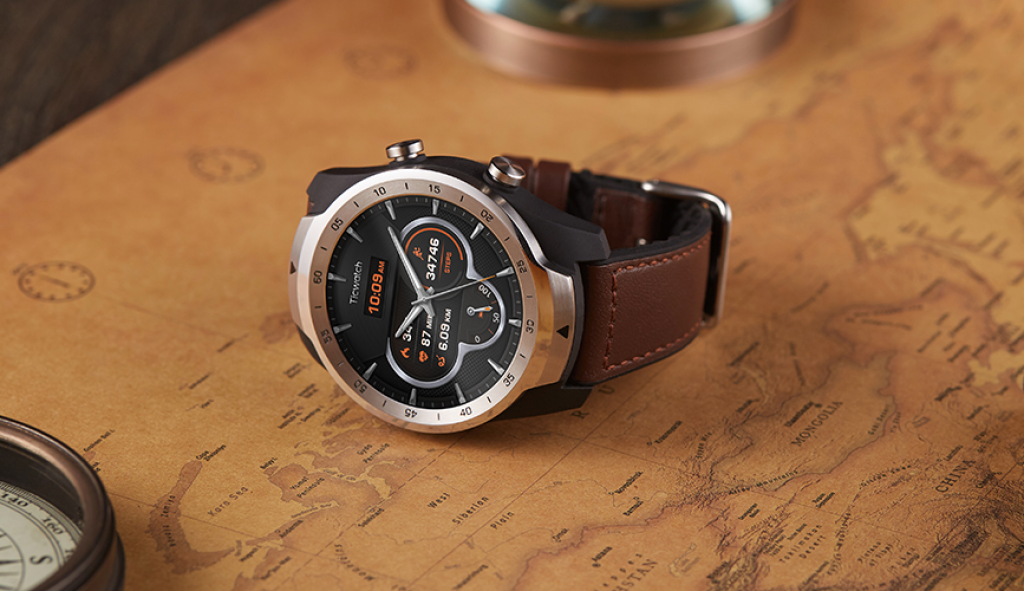 The TicWatch Pro from the Chinese company Mobvoi is rightly considered one of the best smartwatch models operating on the Wear operating system at present. The main feature of the watch is its dual display screens. On top of the main OLED screen, there is a transparent liquid crystal panel that displays only such basic data as time, heart rate, and number of steps you take per day.

The use of the dual display technology allowed extending the battery life up to 30 days, provided that you use only the LCD screen. In mixed mode, you can get maximum 7 days of battery life on a single charge, whereas the normal use of both displays will get you 1.5-2 days, tops.

The watch is also equipped with a GPS and an NFC chip, which allows you to make electronic payments from your wrist, a pulse sensor, and the Qualcomm Snapdragon Wear 2100 processor. 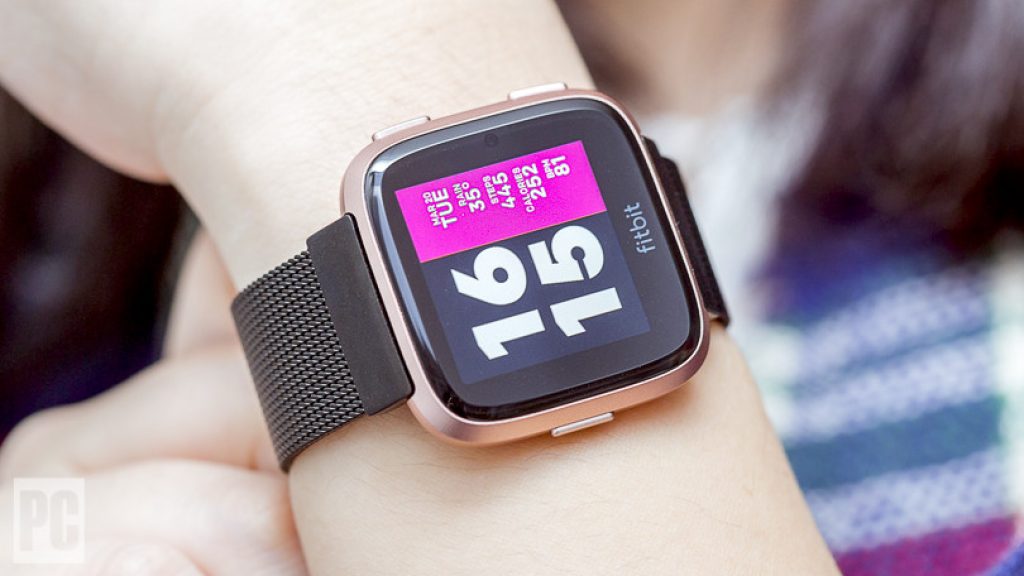 The Fitbit Versa is the newest model of the Fitbit smartwatch line. The Versa version is in many ways similar to the Ionic, its predecessor, but has a more stylish appearance and a more affordable price. The main limitation of the gadget is the lack of a GPS chip, which means you’ll need to connect to a smartphone every time you want to obtain information about your speed, pace, and distance covered.

The rest of the Versa’s features are in no way inferior to those of the Ionic. The versa is good at measuring the pulse rate, monitoring the state of sleep, tracking workouts and women’s health. This model is 50M water resistant and has contactless support for Fitbit Pay system.

The battery life of the Fitbit Versa is about 3-4 days on a single charge.

By the way, according to the data obtained by Counterpoint Research, a market research company, in the second quarter of 2018, the Versa ranked as the second most popular smartwatch. 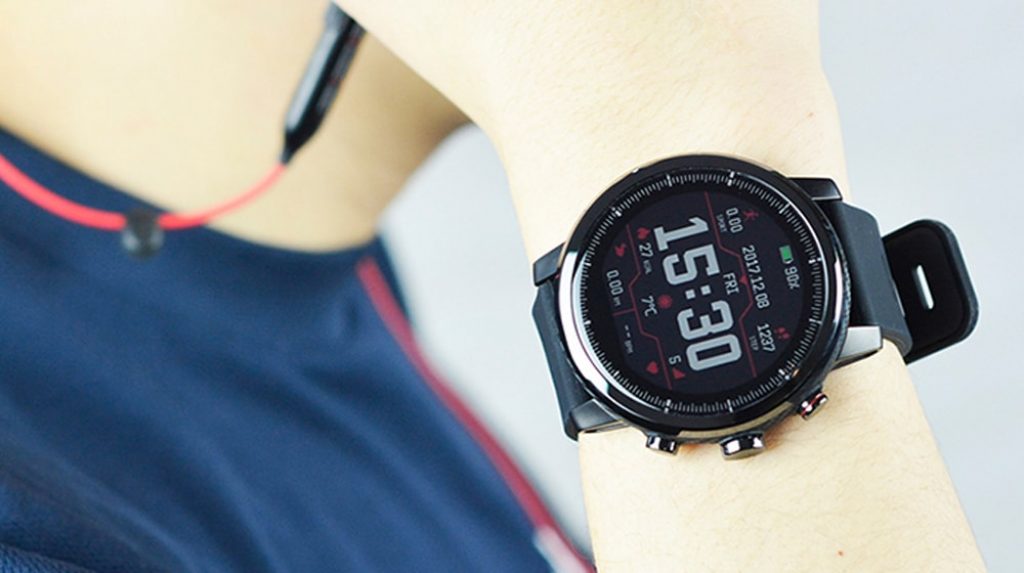 The main advantage of the Xiaomi Huami Amazfit Stratos is a good value for a reasonable price. The case of the gadget is made of glass fiber reinforced polycarbonate and is completely waterproof. So, you can safely use your watch to track your swimming activity. In addition to heart rate and sleep monitoring, the watch can also determine the level of oxygen in your blood, estimate effectiveness of exercises, as well as the level of exertion your body experiences. Another tweak of the Amazfit Smart Watch 2 is a transflective screen using reflected to allow reading the screen in bright sunlight. 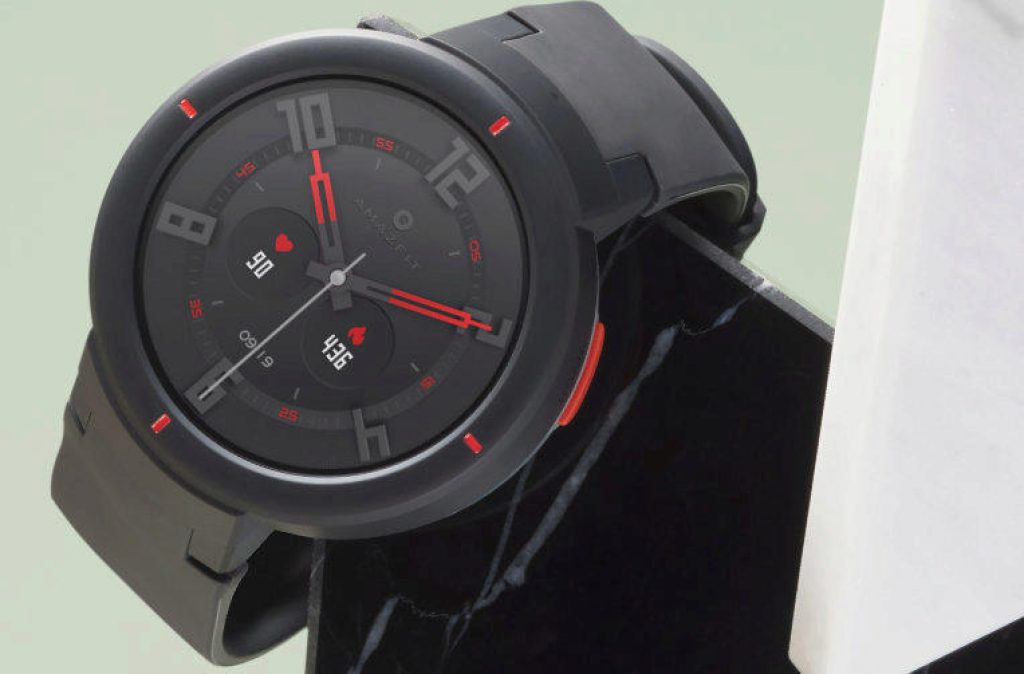 The Amazfit Verge was announced in the second half of September and today it is the latest model in Huami’s smartwatch line. The watch is equipped with a 1.3-inch AMOLED screen with a resolution of 360 x 360 pixels. The watch uses Gorilla Glass 3 to protect the screen from scratches, abrasions, and drops.

A manufacturer of the Amazfit Verge’s processor is unknown, but we know that the watch uses a dual-core chip with a maximum frequency of 1.2 GHz. Paired with the processor, 512 MB of RAM and 4GB of internal memory offer the best possible performance of your device.

The watch has such standard features as real-time sleep monitoring, step counter, distance and calorie tracker. It also flaunts 11 sports modes and optical heart rate monitoring. According to the manufacturer, the pulse sensor of the new generation allows measuring a wearer’s heart rate with 98% accuracy. Also, the device can detect abnormal heart rhythm and warn a wearer about it. The Amazfit Verge has NFC support for AliPay systems. As for the battery life, you can use your watch for up to 5 days on a single charge. 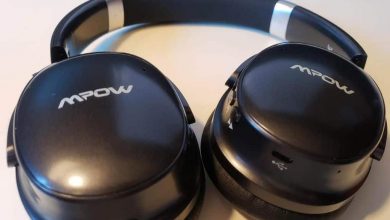 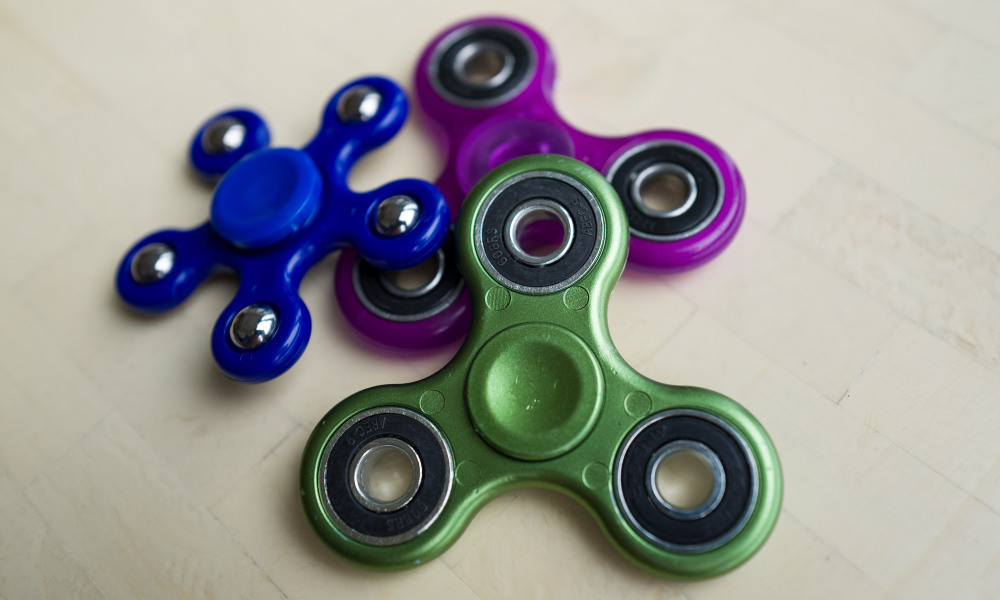 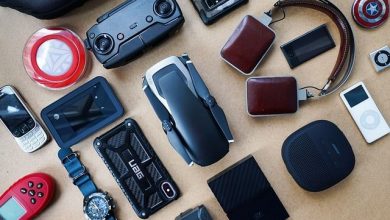 5 Tech Gadgets You Must Have 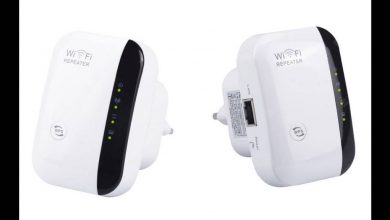 Wifitron Review 2022 – Is it really Better