It has been said that “what is one man’s trash is another man’s treasure.” This statement couldn’t be any truer for Lin Shih Pao, a Taiwanese artist who has decided to create a racecar out of 25,000 recycled mobile phones – flip phones and smartphones, alike.

Pao has invested $30,000 into the racecar project, not to mention 4 years of planning and gathering mobile phones from around the world, and 4 months of gluing mobile phones together to create the racecar, but it’s an interesting work of art. Pao used glue and nails to bind the phones to the wooden display, which explains why they all come together in such fashion. There are mobile phones with matching colors, which Pao seems to stick together on the wooden display. Smartphones as well as dumbphones were done like this.

As the pictures below will demonstrate, a number of Motorola flip phones and even some older BlackBerry phones are present, but, interestingly enough, some Samsung smartphones (yes, even the Galaxy S6) makes its way into the pile, too, on the car’s “wooden” display. These phones are “used,” meaning that it’s likely they were smashed, had a cracked or broken screen, and so on, before being used in the car project. In the case of the Galaxy S6, we can only assume that the glass and metal weren’t durable enough for some of the element impact (and thus, were discarded in the trash heap).

The mobile phones racecar collage is now on display at Pao’s former high school in New Taipei City. The goal for Pao was to produce something from “high-class garbage” that would be considered a work of art when all mobile phones are considered in light of the big picture. There are a few things Pao’s work shows: 1) first, mobile phones are made with elemental build materials and can be recycled and reused in the same way that aluminum cans are. 2) Next, mobile phones are dumped on an incredible scale – it’s unbelievable that Samsung’s Galaxy S6 has been out for just 7 months and some have already made it into Pao’s “high-class” garbage pile.

3) The throwing away of even one of Samsung’s latest flagships shows just how quickly consumers move from one smartphone to another and lose interest in one phone when others come along. Samsung has revealed the Galaxy S6 edge+ and Galaxy Note 5 since the S6 and S6 edge, and some of the former Galaxy S6 owners have likely picked up one of the newer models since damaging the Galaxy S6.

This worldwide mobile phones collage tells a story, one that the whole world can agree with. Pao’s dedication and skill are commendable, and the mobile phones collage stands as a testimony that one can take anything damaged, recycle it, and make something wonderful out of it. Being an artist is not just about creating the right object or image but also using the right materials. It takes creativity and hard work to make the artistic work happen – and Pao’s new artwork stands as a testimony to his creative idea.

What do you think of this mobile phones collage? Can you spot a former phone you’ve used before or over the years? Can you pick out some of the phones in the photos below? 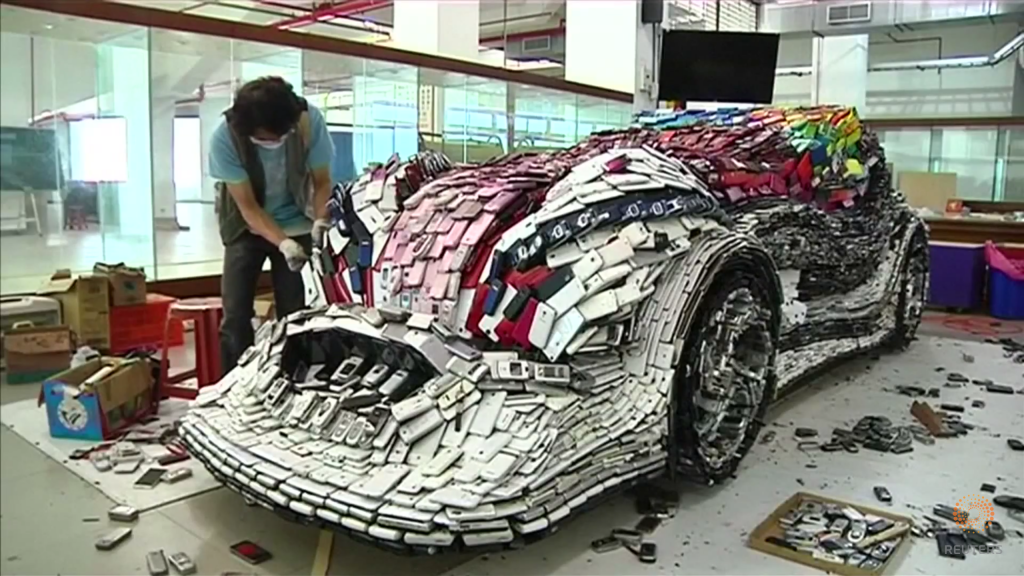 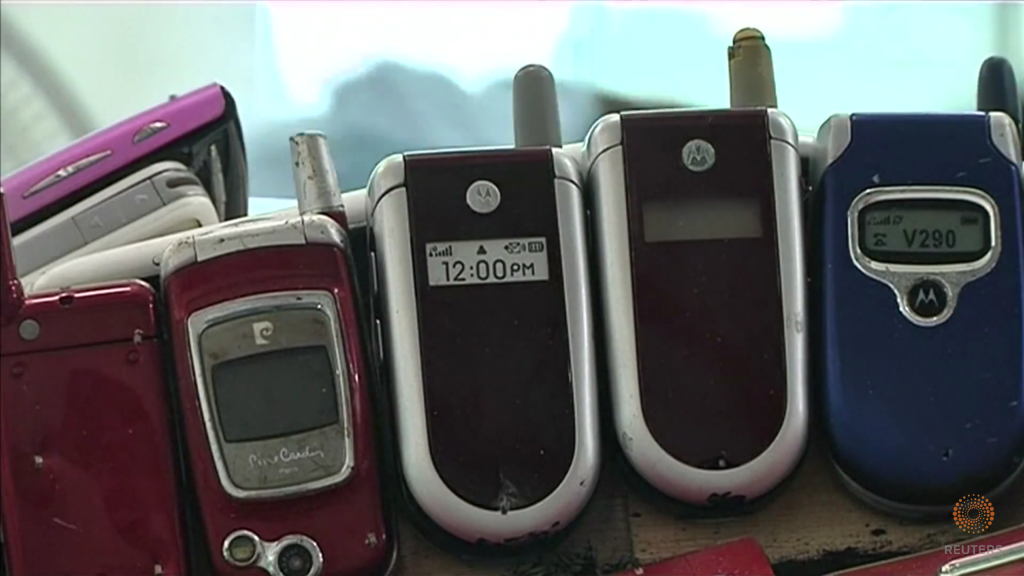 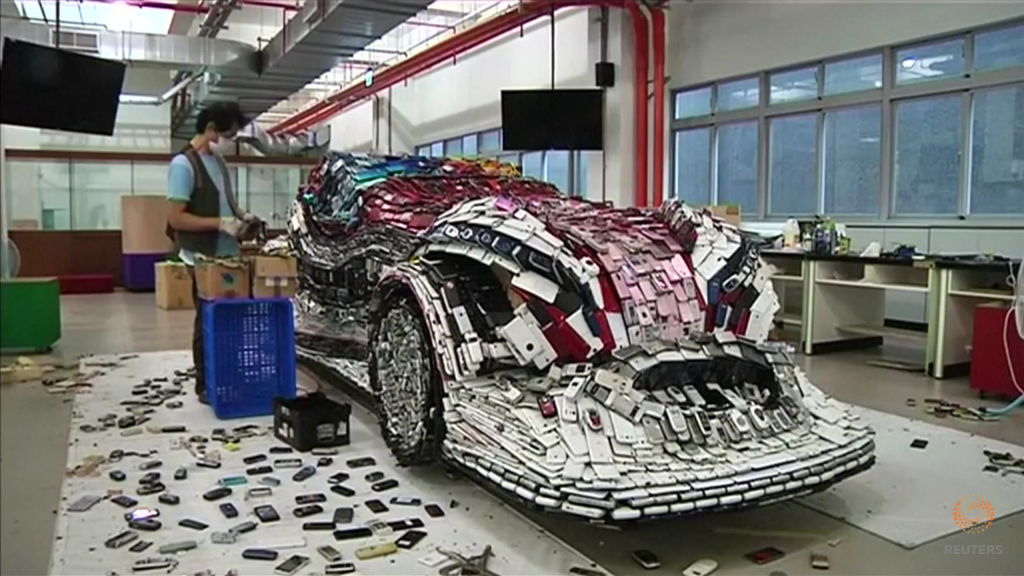 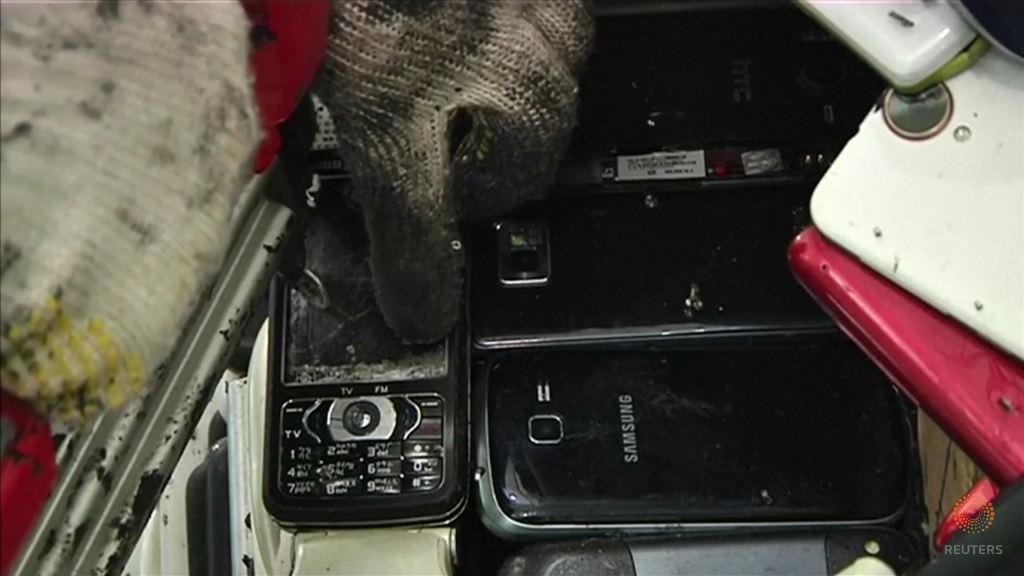 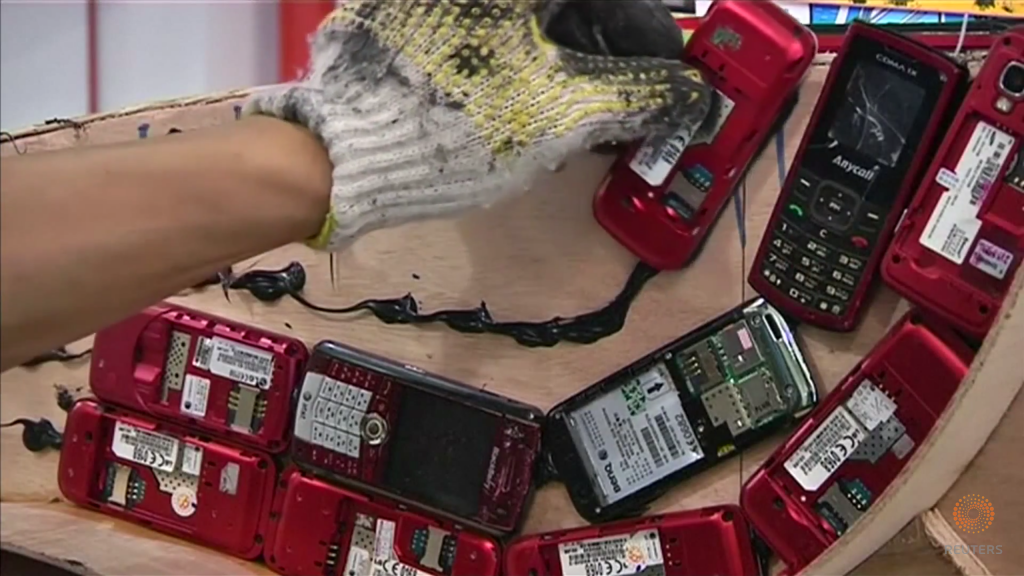 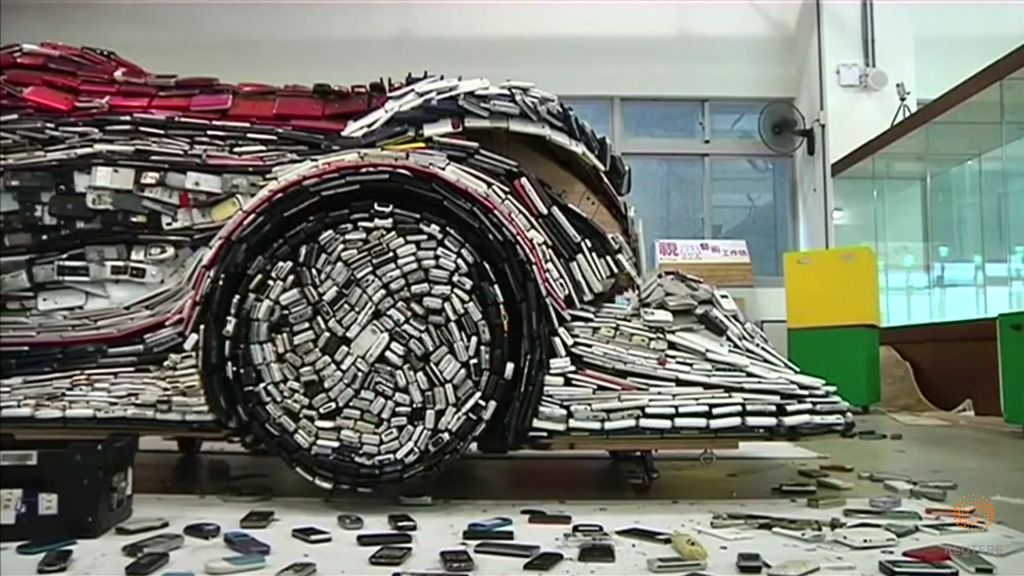 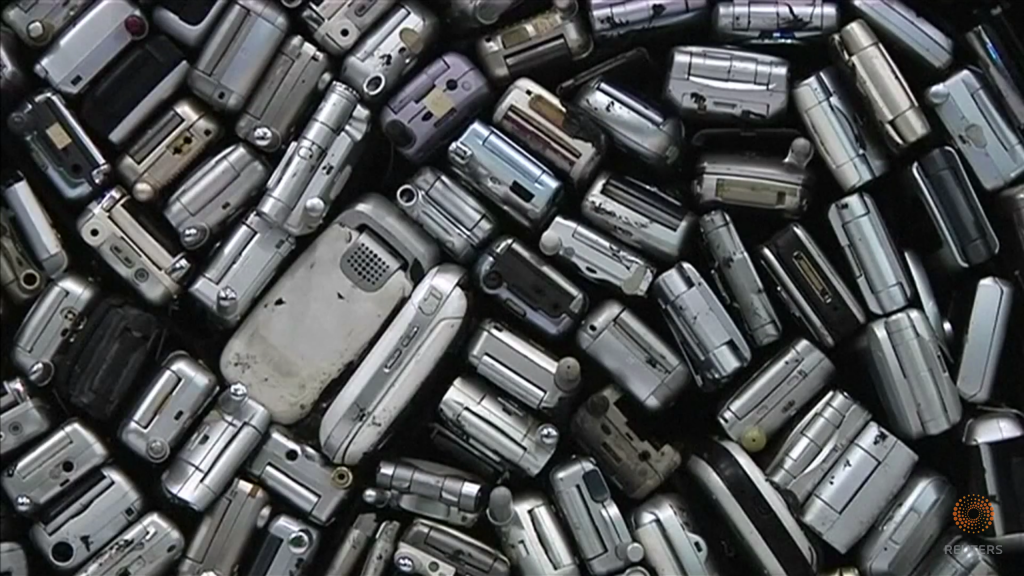 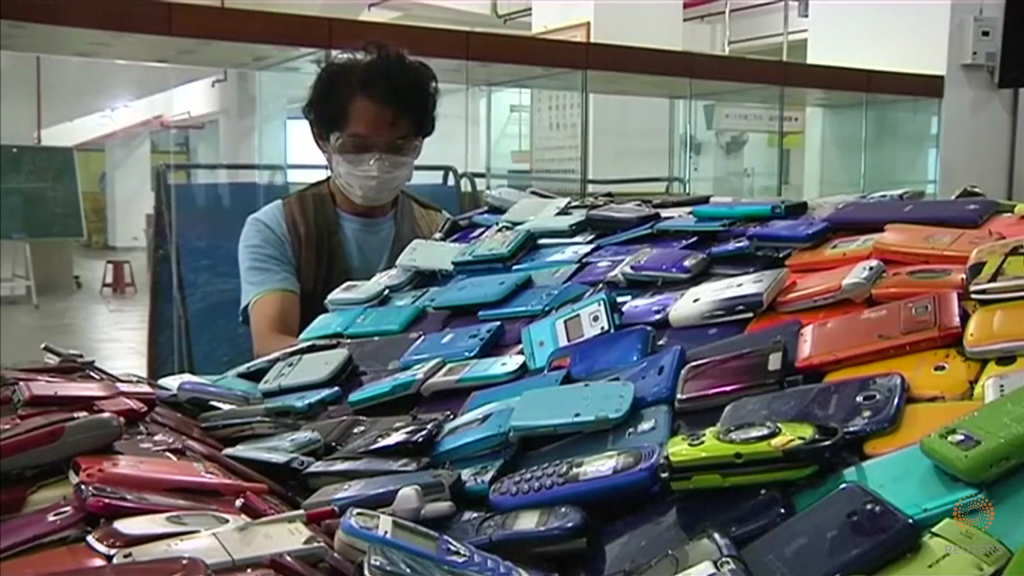 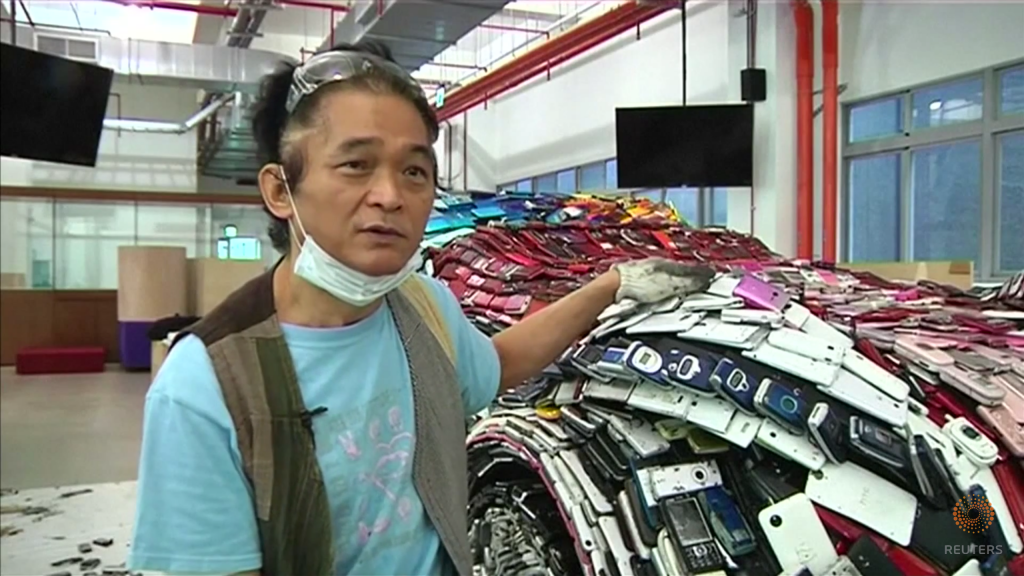 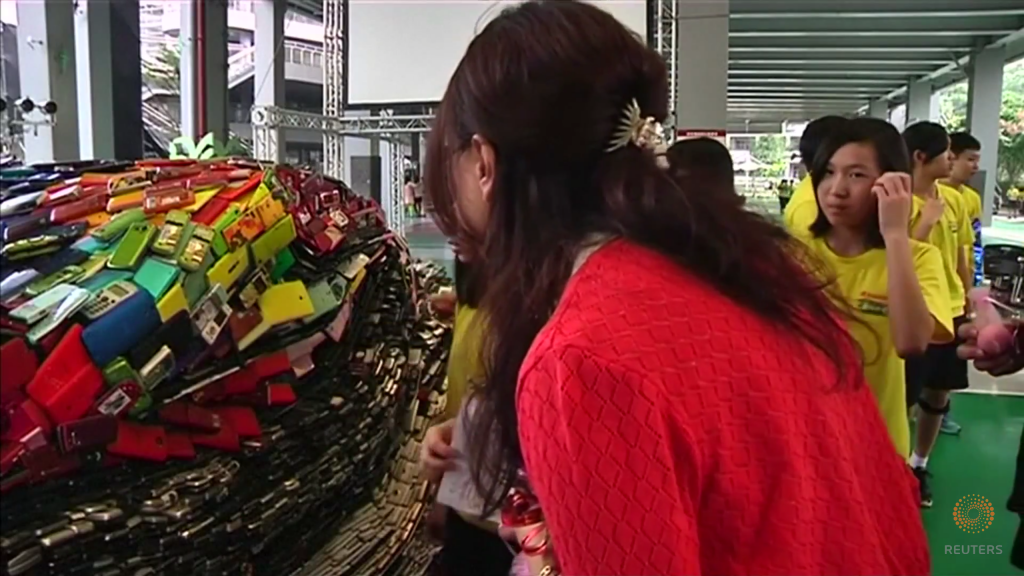