The Sims is such a ubiquitous franchise around the world, that if you went to a 3rd world country and showed them the box art, they’d almost certainly know it, and probably start speaking Simlish to you. Starting in February 4th, The Sims has spawned 4 standalone games and dozens upon dozens of expansions packs and DLCs. Given how popular the genre has become, it’s nice sometimes to take a break from Simming and go out and try some similar games.

In that vein, here’s a list of some of the best Sim-like games out there:

Best Games Similar to The Sims 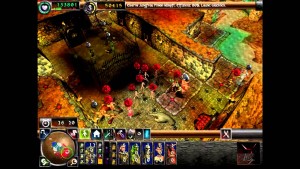 If you’re the type of person who likes to build their sims into a wall and watch them struggle, the Dungeon Keeper series is perfect for you. In this humorous series of games, you take control of the aforementioned Keeper and make your minions do your bidding.

You excavate walls, place down room types and even recruit evildoers such as the Dark Mistress, Demon Spawn and Bile Demon. Once you do, you send them out to fight the forces of good, until there is only one leader left: You.

Bonus: If you’re hankering for a slightly newer title, War for the Overworld is the modern, spiritual successor to Dungeon Keeper. 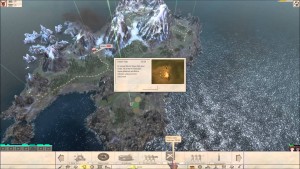 Another game from the list of golden oldies, this game by Lionhead studios has you taking the hand of a god, quite literally.

Unlike most games that give you direct control over your creatures, the Black & White Series tasks you with gaining the love and admiration of every village on the map. You achieve this goal by doing miracles, helping them construct buildings, helping them to get food and water.

Just as fun, you can chose to either be a good deity or an evil deity. How’s that for moral choice? In fact, I might just go and play Black & White 2 now.

Bonus: Again, if you’re in the mood for a more recent title with a similar concept, you can check out Valhalla Hills were you work around your villagers, rather than with them. It’s still in Early Access though, so be fairly warned! 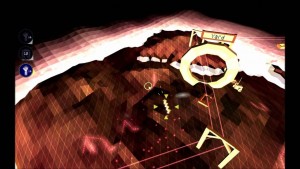 If you’re in the mood for something a little esoteric and a bit of action, this cult classic may be the exact thing for you. A game by Introversion Software, this game puts you in a digital world constructed by Dr Sepulveda, and inhabited by what are essentially, smart polygons, called Darwinions.

You’re ultimate goal here is to wipe out the virus, which you do by running programs through the task manager (that’s right), and sending out your Darwinions to destroy them, much like you would in an RTS. There’s even research, where you upgrade both the weapons, and the programs you run. 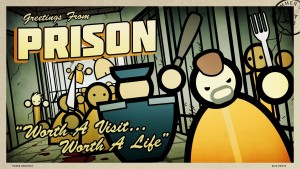 We weren’t going to mention Introversion Software without mentioning their next big hit. In this game, you are the warden, and it’s your job to both create and run a prison. You have to balance work time with activities and free time, make sure that your inmates are getting enough to eat, do your best to keep the prison as secure as you can, and most importantly, try not to lose too much money.

Introversion Software has even recently added an ‘inmate’ mode, where you are the inmate of somebody else’s prison and you have to get out. It offers a really interesting twist and perspective to the overall game. 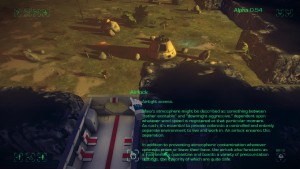 If you’re not into games with considerable backing, Maia is a pretty interesting take on the God-Like games. Still in Early Access and mostly being developed by one person, it follows the same Concept as Black & White and Valhalla Hills, were you don’t have direct control over any of the characters/creatures in the game. Instead, you assign tasks, such as building a room, or an item, and then mostly just letting them do their own thing.

The story is also pretty interesting, as you are the first explorer of a hostile planet, and you need to establish a colony before they all die. Maia still has a bit of work, but if it follows the trajectory it’s on now, it’s definitely going to become a cult classic. 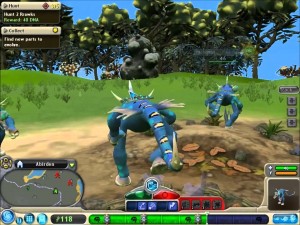 Whether it’s at the tininess of a microbe or the grandeur of the universe Spore spoils you when it comes to being the commander of your own destiny. Put in charge of steering the direction of a species, you start out as a tiny microbe, slowly devouring and evolving into larger and larger ‘animals’. Each new class in size that you go up, you are given points to spend as you wish on your species, whether it’s adding hands and arms or adding different types of mouths, eyes and other weird things.

You do all that while competing with other species for resources and dominance. At some point you even grow big and smart enough to build your own city, and if you have the expansion, invent space travel and go around the galaxy conquering other planets. 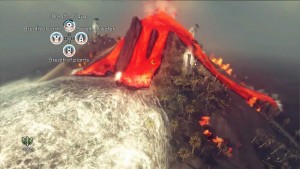 While this game falls more under the puzzle category, it’s still a beautiful little rendition of a god-like game made in the indie style by Ubisoft. Much like Black & White, you are a disembodied god who must manipulate the basic elements in creative ways to enlighten and save a tribe, yours.

As your village progresses, you learn new ‘spells’ which add a twist to how you solve the challenges you are presented with. The ultimate goal is to progress your village through a series of world, each with their own problems, until you reach the final word, in which you can shape any way you want. 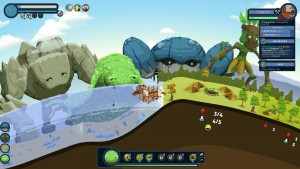 Following the theme of a deity not directly controlling the characters, we have this game, where you take control of one of four elemental ‘giants’ that can provide different types of sustenance to their respective elemental plot of land. Your aim is to support the humans on those plots of land, such as providing them with different types of food and water. Watch out though, if you provide too much, they can become greedy and start fighting with each other.

Reus is a charming little 2D game that is much more relax and laid back than most sim games. So if you would like some quick and pretty entertainment, this game’s perfect. 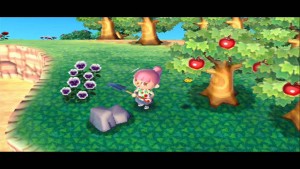 All the games so far have been on the PC, but with this entry we’re talking Nintendo devices. Released for GameCube, Wii and Nintendo DS/3DS, and with the most recent iteration being on the 3DS and the Wii U, Animal Crossing carries the mysterious title of ‘Community Simulator’.

Basically what that means is that you are a new inhabitant of the village, and it’s up to you to help the community build the village up. Of course, as per Nintendo’s style, all the inhabitants of the village are anthropomorphic, so it’s both fun and cute. You can carry out activities such as fishing, insect collecting and even hunting for special items which you can donate to the village museum.

You even get your own little house to customize and pretty up as you like. 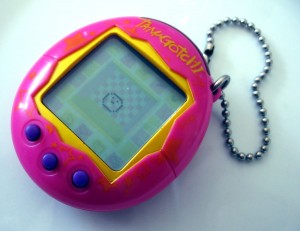 This is the big grand-daddy of god games. Very popular in the 80’s and 90’s, this little pet you carried around was incredibly fund, taking the shapes of different animals, and even dinosaurs and almost anything that grows and has life. Your job was to feed it, play with it, teach and just generally have it as your own little virtual pet.

There’s a lot to be said about the simplicity of Tamagotchi, and if you can get your hands on one, which we’re pretty sure you can on ebay, then you definitely should. If not, you could always find the free android version out there (and probably an IOS version as well). We guarantee you weeks of fun, or at the very least, a few days. 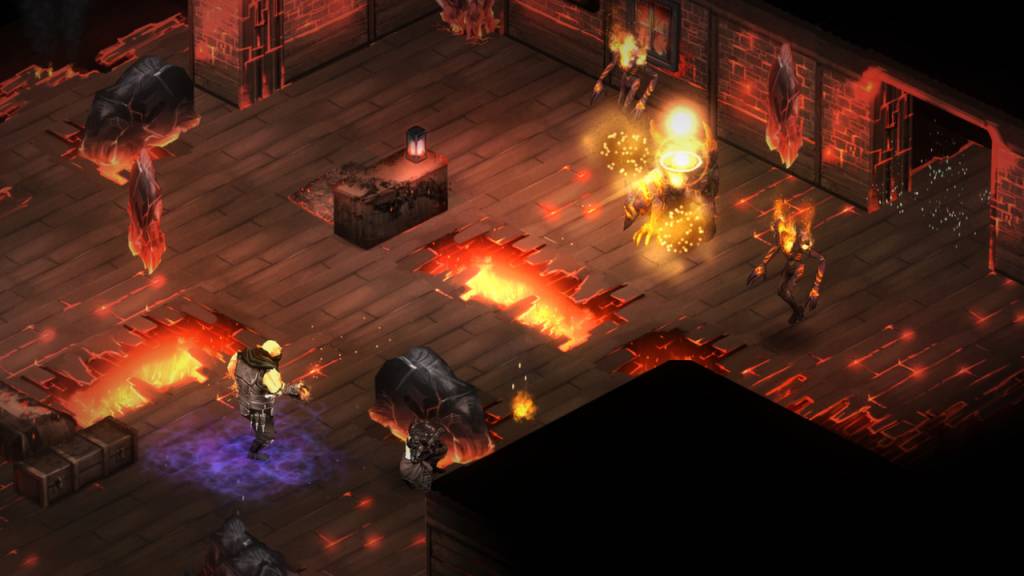 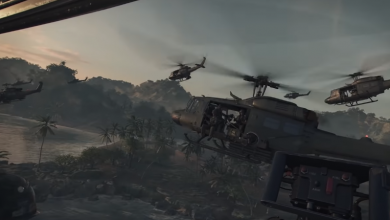 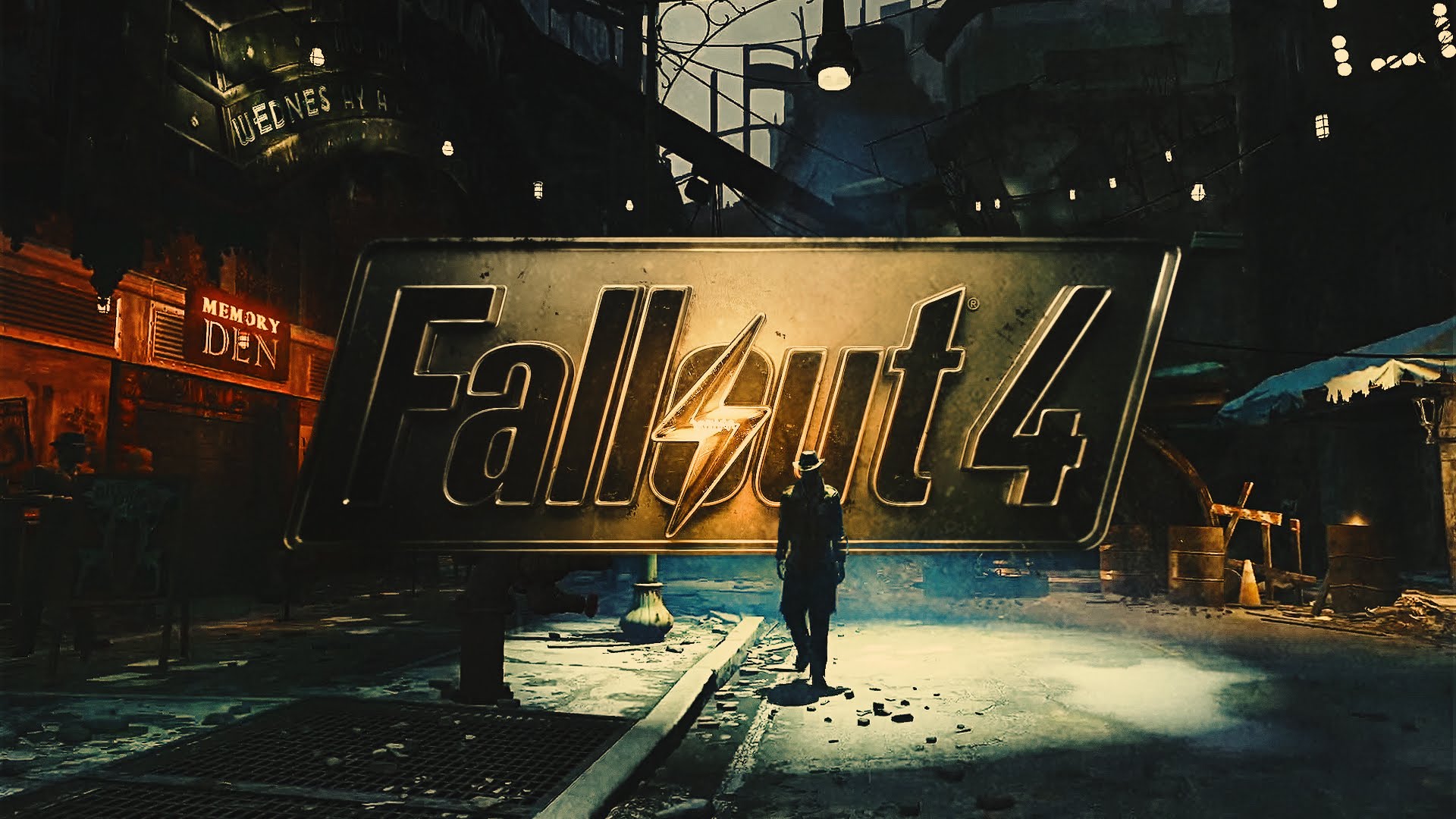