Due to its flexibility and affordability, Android is still the leading platform in the mobile industry. While Android is based on the Linux kernel, there is not a high amount of emulators that allow you to enjoy the Android experience on Linux. Still, it is possible to find some options available and in this article, you will find the best ones. With these Android emulators, you will be able to run Android apps on your Linux computer and enjoy Android games on different Linux distributions including Ubuntu, Fedora, LinuxMint, Mageia, ArchLinux and more. It is important to keep in mind that in order to run some of the emulators in the list (ANDY, AndroVM and Genymotion), you will need to install virtualBox on your Linux computer. You can start the process of getting VirtualBox on Linux by executing “sudo apt-get install dkms” in terminal. Next, you will need to execute “sudo apt-get install virtualbox-4.3” in the terminal and that is all.

Genymotion is a remarkable solution for Linux users who want to enjoy Android content on their computers. With Genymotion, you can download pre-configured Android images of a variety of Android devices and versions of this popular platform. You can choose what kind of Android device you want to run on Linux and the options include Galaxy S3, Galaxy S2 and Nexus 7, just to mention a few. Genymotion also gives you the possibility of setting up the amount of resources (such as hard disk and RAM) that you want to allocate to the Android emulator. Genymotion supports Wi-Fi, Ethernet and the internet connection can be used directly on the emulated Android device. OpenGL hardware acceleration is also supported, meaning that you get a fullscreen Android device experience, which will allow you to enjoy games without hassle.

AndY is perfect for avid players who want to get all the action and entertainment from their favorite Android games into their Linux computer. Once you get VirtualBox, you will be able to enjoy the benefits of using AndY on your Linux system. AndY is afeature-rich solution that comes with built-in support for Google Play, as well as a practical multi-touch feature. You can use your phone as a controller so that you can play games without hassle. AndY supports wide functionality including Camera, Open GL hardware acceleration, Cloud Save in Android, Sensors and Microphone. The apps installed with AndY can be accessed directly from the desktop environment. Andy gives you flexibility to enjoy the Android apps you love while you are using your Linux computer.

This portable Android emulator focuses on offering the Android Jelly Bean experience and it supports Intel Hardware Accelerated Execution Manager or HAXM, which means that it can deliver better performance. The fact that Jar of Beans is portable makes this emulator stand apart from other options. It doesn’t require installation and can be used on any computer, you can run it as an executable file. It is also possible to run Jar of Beans through Wine and the emulator gives you all the functions that you need, including SD card, APK install and you can also install Google Play Store. In order to run Jar of Beans on Linux, the best option is to extract the exe contents of the Jar of Beans.exe file. Then you can run the jarofbeans.exe file using Wine. Although the developers have stopped working on Jar of Beans, it is still possible to download and use this emulator.

Android Studio is a convenient tool for developers who are working on apps for Android. It allows you to build apps on any kind of Android device and supports a wide selection of handy functions. It features performance tooling, debugging, advanced code editing, flexible environment and a system that will allow you to build and deploy apps instantly. With Android Studio you will get access to all the necessary features to create and test apps for Android. It supports file transfer, SD card, physical keypad and other options that are not available from other Android emulators. Android Studio provides a safe, high quality solution for developers. The set up can be complicated for beginners, but overall it is a solution that is worth considering if you want to build an Android app. 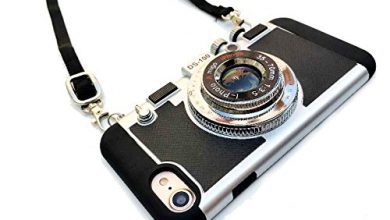 Where to Buy Emily in Paris’ Vintage Camera iPhone Case 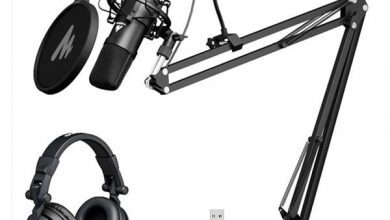 Best Podcast Microphones Under $100 on Amazon