While the fallout series started with humble beginnings, it has become a massive franchise for Bethesda Studios. Set in a world where transistors were not invented, and atomic physics and vacuum tubes are the pinnacle of scientific progress, the world devolves into nuclear war for the fight over dwindling resources to build the ever expanding machine that is human civilization. As such, you end play a titular character in a post-nuclear apocalypse world, trying to make your way while fending off the strange mutations that nuclear fallout brings, and that’s where the title comes from.

Fallout 4, unlike the previous titles, starts you off before “The Bomb” goes off, living an idealistic 1950’s like lifestyle with a modern twist. Soon though, the panic comes in through the radio that nuclear warheads are flying, and you are one of the selectees to enter the eponymous ‘Vault’, which you hurriedly do, and enter it, just as a bomb hits nearby. It’s really interesting to see how the fallout series started, narratively speaking, but it’s disappointing that the developers didn’t give a bit more time for the players to explore and understand this pre-apocalyptic world.

The impetus of the game is derived from your waking up from cryostorage in the vault, to see your child being taken and spouse being killed. While you struggle to get out, the attackers leave, and after some time, you manage to exit, only to find yourself in a decaying world of bandits and mutants. So you dutifully set off to find your son, and that’s where the actual game starts. 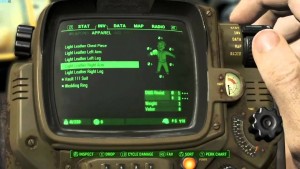 Gameplay wise, Fallout 4 is more of the same, whether that’s fortunate or not, is up to your personal tastes. As always, you have your main stats which dictate how your character interacts with the world, as well as a new and expanded perk tree with several fun and interesting perks to choose from. Of course, one of the best parts of Fallout is leveling up your character and spending your skill points on stats or perks, as they both allows you access to new areas and new conversation choices, and in this Fallout 4, it’s no different.

Going out into the post-apocalyptic version of Boston, Massachusetts and other parts of New England is a load of fun. While the graphics improvement over the previous titles isn’t as great as it could have been, the world is still dark, disheveled and grim, yet beautifully rendered landscape that has lots of areas to explore and become immersed in. Bethesda has done a great job of taking an environment which would otherwise be dull and boring, and bringing it to life. 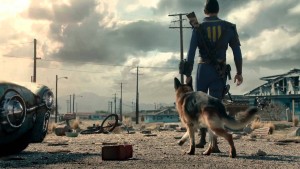 Aside from the typical towns where most of the narrative takes place, there are lots of outposts and encampments that need your help, and will offer you missions. Along with all that, Fallout 4 brings with it bases that you can control and build up. From creating houses, to setting up defenses, and even providing electricity and water, it’s a nice little simulation aspect that adds a bit to the overall atmosphere. That being said, sometimes the number of bases to keep up with is overwhelming, and you might find yourself ignoring the base building parts after a certain point.

Speaking of narrative, I’m sad to say that there’s a lot left to be desired. While the story starts out well, and does a good job of introducing you to the world, it doesn’t really go anywhere. In sense, it’s very traditional, with different factions fighting for control, and you acting as the harbinger of victory for one of them. 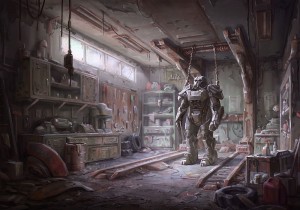 Like other games, most of this narrative revolves around you killing things and doing fetch quests, although the writing is solid, and the voice acting is great, so it’s not that much of a chore. Helping you along is your trusty companion, who you can chose from an incredibly wide range, from android to dog. Fortunately, they do a great job of being a companion, with some great banter and comments, as well as their own unique skill, which comes in useful from time to time.

That being said, the ending is shallow and anti-climactic, and will leave you wishing there was more.

Of course, people don’t play the game just for narrative, but also for the actual gameplay, which is where Fallout 4 shines. Similar to previous Fallout titles, you have a bunch of different unique weapons and equipment to choose from, as well as the new armored suits, which basically turn you into a mini-mech and are incredibly fun. All of this stuff can be customized and upgraded in one of your bases at the corresponding work station. 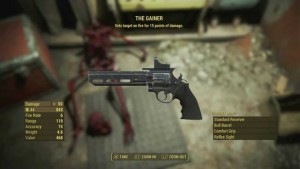 The V.A.T.S. also makes an appearance, this time slowing down time as opposed to stopping it, so there’s still some pressure on the player. There’s also a crit bar that fills up as you hit enemies, and gives you a chance to strategically plan your shots. Of course, there’s no cover – based shooting, which is fine, because the Fallout series have always been about a dynamic battle field and moving around (or running away!).

So what’s the final verdict? Well, Fallout 4 is a fun and enjoyable entry into the Fallout series, although there’s a lot of things that could have been improved and added on. The narrative isn’t all that it could be, but the combat and general gameplay makes up for that. The graphics are also sub-par for a game made by such a big publisher, but that’s not too much of an issue.

Ultimately, if you enjoyed the previous Fallout titles, then you’ll definitely enjoy Fallout 4, even though you might end up starving for more.

What do you think of Fallout 4? Let us know in the comments. 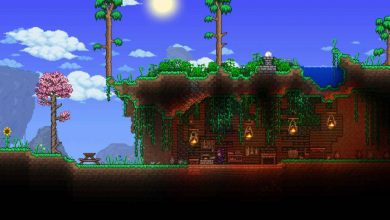