Millions of players have chosen Xbox as their favorite video game console series, making this platform by Microsoft, one of the top names in the industry. Xbox continues evolving and offering users advanced technology and new features that take their gaming experience to the next level. Xbox One S is a great example of the amazing functionality that you can expect from Xbox. This console offers multimedia features, voice recognition and a stylish design so it is not a surprise to see that it has captivated the attention of players around the world. The Xbox is not only suitable for gaming, it can also be used with Ultra HD television and screens to watch movies and TV shows. There are many games available for Xbox and one of the most popular genres is horror. Within this category, there is no doubt that Zombies play a leading role. You will find a vast selection of games focused on the Undead. Fighting against hordes of zombies will bring you an adrenaline rush like no other. The threat of a zombie apocalypse is something that scares people and that makes us question, would be be able to survive such dreadful scenario? Well, hopefully, we will never have to find out in real life, but we can test our survival skills and fighting abilities with these games. Take a look at the best Zombie games for Xbox consoles.

Not all islands are paradises where you can relax and enjoy nature, some are deadly places where danger lurks everywhere. In Dead Island, you will experience the horror of being trapped in the middle of the ocean with a bunch of zombies. You will need to be resourceful and create your own zombie killing weapons with the materials that you find in the island. This role-playing game allows you to use your creative skills and advance through the game using survival tactics. You need to improve your weapons to keep on going, but there are plenty of chances to kill zombies. The story line may not be solid and the game has a few bugs, but overall, Dead Island is a fun experience with demanding combats and amazing sound effects.

The sequel to Dying Light brings a lot more of thrills and adventure as in this case, you will need to drive across the country side, trying to avoid zombies. If you want to stay alive, you will need to run over the zombies and be prepared for gory images. Dying Light: The Following is a unique gem since it has managed to combine the action and excitement of driving, with the fear that zombies cause. There are terrifying zombies known as Volatiles, which could kill you instantly. While you can avoid the zombies, you may be better off running over them and killing them, before there are more of them.

Resident Evil is a classic in the world of gaming. Zombies have taken over and unexpected events will keep you at the edge of your seat. Resident Evil is an additive game that offers more than one possible conclusions. Your actions will determine the outcome of the game, so make sure that you choose carefully as you advance through the different levels. In Resident Evil: Revelations 2, you will find mindless zombies that are unpredictable and very scary. The Raid Mode is a lot of fun so don’t forget to try it. Revelations 2 stands out thanks to its captivating and terrifying storyline.

If you enjoy Resident Evil, you need to check The Evil Within, a game from the same developers. It is a terrifying and intriguing gaming experience that confronts you with your biggest fears. The game uses top technology and impressive animations, supported by an interesting storyline. The zombies The Evil Within will give you nightmares and you will need to have a very strong stomach to handle this game. Right from the start, The Evil Within portrays a lot of violence and the atmosphere of the game can get really disturbing. If you are ready for the raw horror that this game offers, The Evil Within is an excellent survival game.

Call of Duty is one of the most popular game series of our times and it offers something for everyone, including zombie fans. Infinite Warfare Zombies takes place in an 80’s theme park. Player will need to work together to defeat the zombies that attack you and your team. Although the game is very realistic in terms of graphics, some of the maps are difficult to read. There is an Afterlife Arcade and it is possible to ride on a roller coaster and to find out more about your fate in the cards. One thing to keep in mind is that the servers are not very stable and you may be disconnected from the game out of the blue. There are multiple additional quests and challenges that you will need to complete, as well as different types of guns that you can use to kill zombies.

Considered as one of the best games released on 2016, 7 Days to die is a game that was originally designed for computers, but it is now available for Xbox, which has resulted on many improvements. The storyline is captivating and it challenges players to prove their worth as they face deadly challenges. You only have 7 days to save the world, by exploring every corner and building weapons and finding shelter to survive. You can play on your own or as part of a team as you fight the undead, as well as infected animals. The planet itself has become a monster and you will need all your physical and mental strength to stay alive. Since its upgrade, 7 Days to Die is more difficult, but the system has been simplified when it comes to building tools and weapons. The main downside of the game is that you may experience lags.

If you are looking for a zombie game that really pushes you to focus on survival, look no further than State of Decay. In this game, you won’t be able to use special weapons, superpowers or even get a new life. Once a character is killed, there is no way back. In State of Decay, the main purpose is to protect your team. You have a bigger chance of surviving in a group, so saving the community is crucial. Apart from fighting zombies, you need to make sure that there is enough food to sustain the group. There are multiple tasks to look after, so you will need to display prioritization skills. All the actions in the game carry a risk. This is a game that is compelling and at the same time, really frightening.

The fourth installment of Dead Rising brings even more zombies and it also increases the amount of weapons that can be used to kill them. This game is packed with action and creative ways to defeat the hordes of walking corpses that are chasing you. The main character, Frank West is back in this zombie-killing adventure that is filled with unique weapons. Although some of the features and actions are very similar to the original Dead Rising, this new version brings its own funny moments. In spite of the excess of side quests, which can get monotonous and some issues with the visuals, Dead Rising 4 is another good choice for Zombie games fans.

Set in 1945, towards the end of World War 2, Zombie Army Trilogy is another game that will keep you at the edge of your seat. While Berlin is under attack, Hitler hides in a bunker. When an officer begs him to surrender, Hitler executes him and launches Plan Z, which involves an army of soldiers rising from the dead. Losing control of his own plan, Hitler ends up facing the zombies, as well as the allies. Two armies attacks his forces and in the game, you can fight the zombies or be one of them. The fact that you can join the zombie army, makes this game one of the most entertaining and unique options available in this genre. It is possible to play as part of a team or individually. 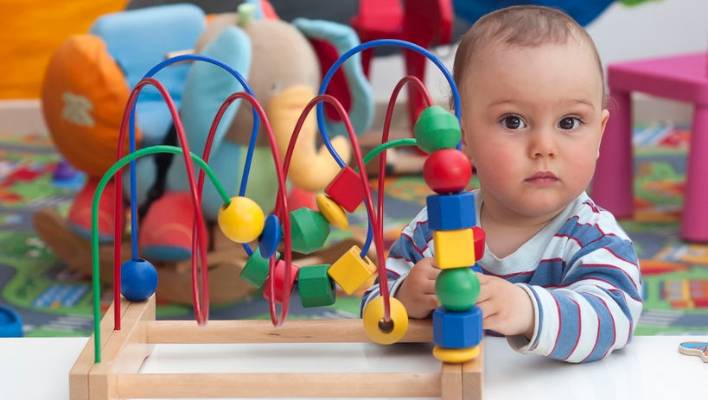