If you’ve been an Android user for some time, you know how big a deal it is whenever Google’s latest OS update (particularly the major ones such as Android 5.0 Lollipop and Android 6.0 Marshmallow) rolls out to non-Nexus devices since Google owns the Nexus smartphone line. Non-Nexus devices take weeks to get the update after the Nexus devices receive it, so, as always, it’s a race to see who gets it first. You’d think that, since newer devices are more recent, they’d get Android Marshmallow first — but you might be surprised to know that sometimes, it’s the case that older devices get the latest before newer devices. In some cases, such as this one, the latest and older devices get Android Marshmallow simultaneously. Such is the case with the AT&T HTC One M9 (2015) and One M8 (2014), which are now getting updated on AT&T’s network, according to the words of HTC representative Mo Versi:

HTC One (M8 & M9) AT&T owners! Thank you for your patience. Marshmallow OS is approved, OTA to start tomorrow!! 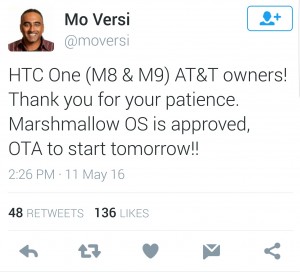 Android Marshmallow brings Doze Mode, the famous battery mode that lets your device conserve battery when your device is idle, customized app permissions that let you approve the ones you want and deny the ones you don’t, Chrome Custom Tabs that allow you to view webpages without leaving the app you’re in, detailed battery stats to discover what’s zapping your phone battery, Google Now On Tap, the feature that lets you touch to search words, people, places, and other information that you desire, and so on.

If you’re ready to jump into Android Marshmallow and out of Android Lollipop, head on over to your phone settings and select “software update.” Be patient, though, as the update just started rolling out 3 days ago and may need some days and hours to arrive on your phone. 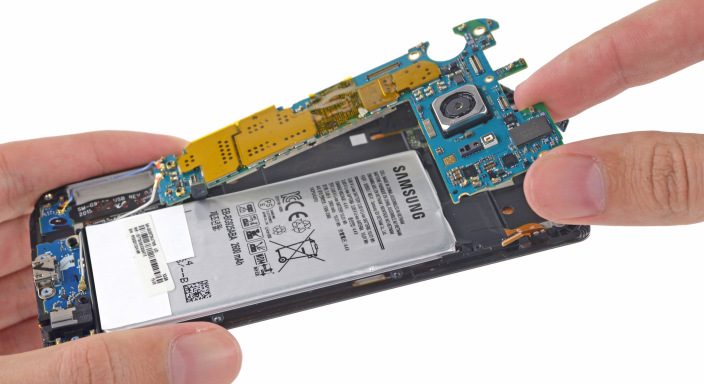 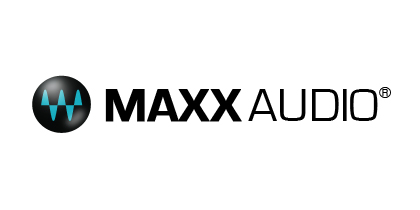 OnePlus One to get MaxxAudio software in next OTA