Sudoku is a fun game that develops your brain and logical thinking, and it’s been with us since the late 70s. Surprised? Yes, this game has quite a history and in the old days, you’d be stuck with a paper trying to solve it correctly the first time.

Nowadays, the game is still popular so it’s no surprise that there are plenty of apps to implement it in various versions. But which are the ones that will offer a great experience and make you want to play more? Today, we are going to discuss the best Sudoku apps you can find in both Google Play and the App Store. This way, if you like logic and solving puzzles, you’ll know which are the best apps to try. 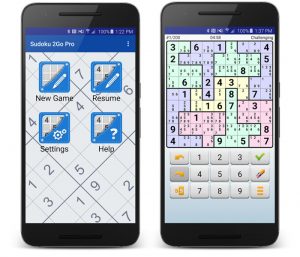 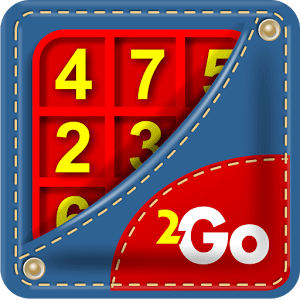 Besides being free to download and install, this app is also one of the most well-equipped for Sudoku on Android. Sudoku 2Go comes with 10 different variants of Sudoku like X-Sudoku or Percent-Sudoku – to name a few. The app has 5 levels of difficulty per game and promotes 10,000 puzzles so you’ll be able to stay busy even during the longest plane/bus trips.

The hint engine works great so, if you’re ever stuck, you’ll still be able to find a solution. However, keep in mind that this is the free version so your experience will be interrupted by ads. 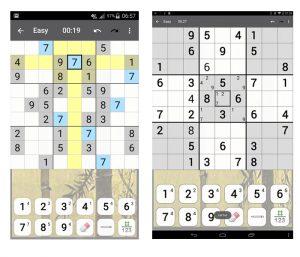 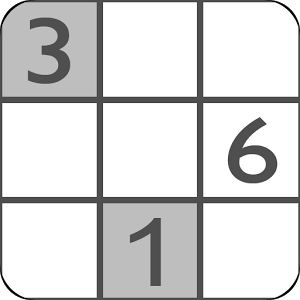 With a simple name and a simple interface, Sudoku by Genina is also free to use. This one only implements 4 levels of difficulty, but offers the possibility to save the progress automatically if the game is interrupted without prior notice. The Sudoku app will  offer you an amazing experience as it is relaxing and entertaining to use.

Just like the first app, this one is also ad-supported but you have the possibility to choose between 2 types of ads: banners that show up in game or videos displayed between games. This is a nice touch as it offers more control over the experience.

One of the most interesting features is the fact that you can actually participate in real-time Sudoku competitions. 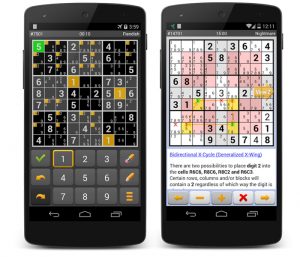 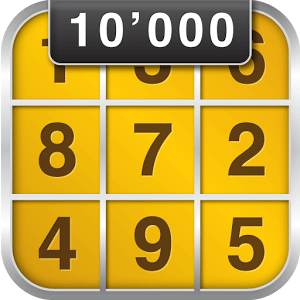 Just like the name says it, this Sudoku app is equipped with 10,000 puzzles which is enough even for a professional puzzle solver. The app implements 8 levels of difficulty so it’s safe to say that everyone will have tons of fun using it. There are also 8 different variants of Sudoku, but they are only available for the paid version.

Besides the classical hint engine available in the best Sudoku apps, this app is also armed with an analysis engine that will offer detailed information about the difficulty of the current puzzle and the techniques you need to master. Even more, you get to organize all these puzzles according to your own system as you are allowed to rename folders and filter puzzles according to the difficulty level. This is a nice touch, considering the large number of available puzzles.

The Sudoku 10’000 Free implements the Auto Save option and game statistics, letting you know about your level. 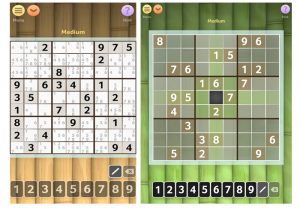 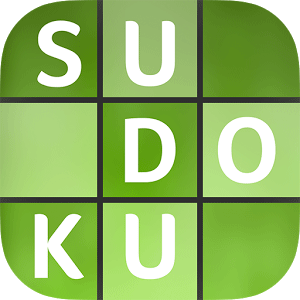 This version of Sudoku is developed by Brainium Studios and comes with a user-friendly interface optimized to teach you how to play. This happens because the hint engine won’t just give you the solution, will also tell you why. The instructions are offered as animations and cute images that are very easy to understand. So, I guess we can say that this is a Sudoku app to help you learn and advance in the game.

This app implements 5 levels of difficulty, progress statistics, and 5 amazing themes that make the experience a bit more interesting. 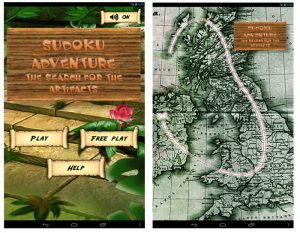 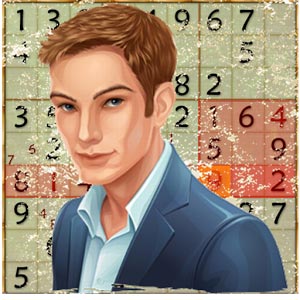 Bored with just Sudoku? No biggie! This app combines the passion for solving logical puzzles with the thrill of treasure hunting. However, this Sudoku app is not as rich in puzzles as the ones we mentioned up until now. There are only 30 puzzles to solve, but the graphics is entertaining and engaging so you’ll have lots of fun. 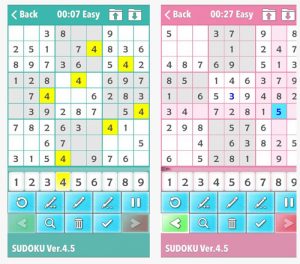 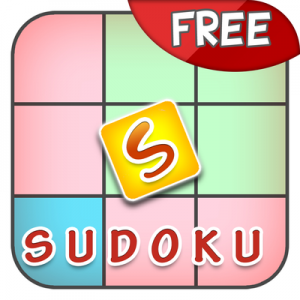 This app, developed by C.H is quite impressing as it offers a unique experience with every puzzle. Each puzzle is generated randomly so you won’t get the same one twice, regardless of how much time you invest in it. The app has 5 levels of difficulty, can be installed on devices like iPhone, iPad and iPod touch and it’s free to download.

Users have the possibility to save their progress and return to an unfinished puzzle. Also, you can share your progress on various social channels and put together statistics, following your progress. We loved it for its user-friendly interface and great features.

Sudoku Killer: Killer Sudoku Puzzles for Your iPhone and iPad 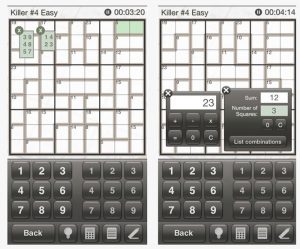 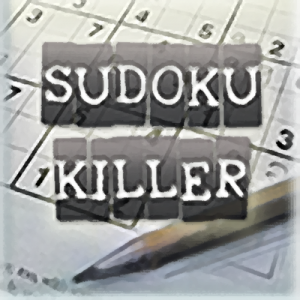 If you’re a passionate player, then you know that Killer Sudoku is a variation of the game. This variation is a bit more difficult as there is an added level of difficulty to the standard rules. In order to solve such a Sudoku game, you will need the possibility to make notes and this is why this app is the best for it. The notes feature is very well-developed and there is even a dedicated note keypad that helps you make notes faster.

The app also has an engine that will highlight any mistakes you’ve made during typing which is very nice especially when you’re playing on a touch surface. 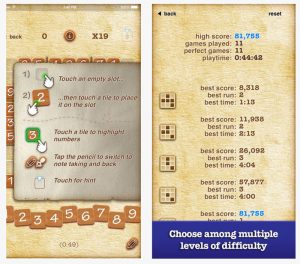 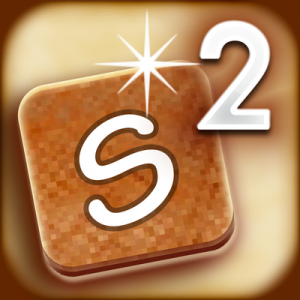 This app is developed by Finger Arts and comes with a refreshing interface that keeps you entertained and ready to play. Besides the interesting graphics you also have access to thousands of puzzles and several levels of difficulty. Even more, if you like competition, you can compare your performance against other players in the Game Center.

The best part is that you will be ranked according to an innovative system that considers your skills and the level of difficulty. 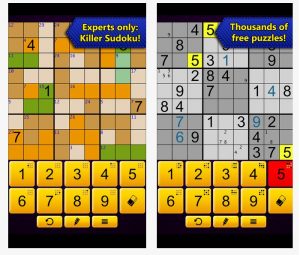 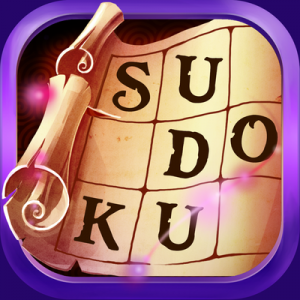 This app comes from Kristanix Games and offers an epic experience. There are 5 different versions of Sudoku to play so anyone can find their favorite puzzles in their data base. Just like all the great Sudoku apps out there, this one also supports easy notes, hints, and 5 settings of difficulty. Also, the puzzle data base is updated daily. 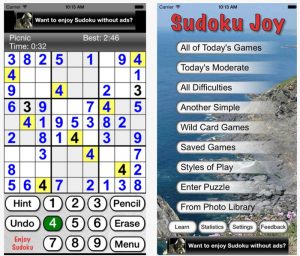 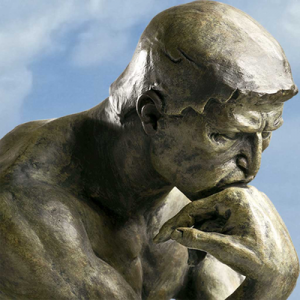 A free Sudoku app that offers 17 levels of difficulty! Impressive right? But that’s not all as this app also allows you to add your own puzzles in the data base by scanning them from the paper. Even more, you get tutorials and games to warm up before getting the real-deal. The hint engine is well-designed and uses illustrations to teach you new techniques.

This is our list with best Sudoku apps but if you know other apps that could improve it, please don’t hesitate to leave us a comment. 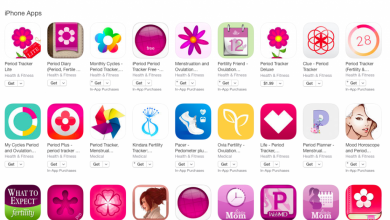 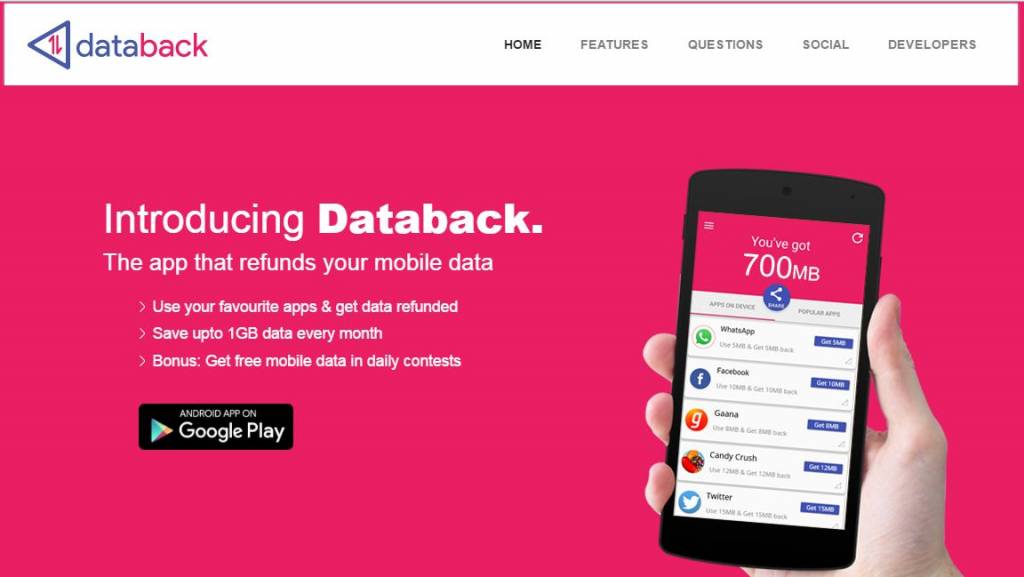