The Droid Maxx 2 (a.k.a Moto X Play worldwide) is on its way, according to Verizon’s own announcement regarding multiple smartphones (more than one), but the name itself has only been spotted via Google’s Chromecast support page, with no statement or piece of tangible evidence from Motorola.

Google’s mention of the Droid Maxx 2 as our only confirmation has now come to an end, thanks to Motorola’s own Email app that has now made its way to the Google Play Store, the Android app store for all apps used on Android. Motorola sends its apps to the Play Store so that they can be updated easily, allowing Motorola to push out Android updates quickly without delay.

The Moto Email app shows you what the app itself looks like, and what steps you’ll need to go through in order to set up the app just right. Along the way, however, a screenshot showing a composed email has a pre-written signature at the bottom of it: “Sent from my DROID MAXX 2,” it said. The Droid Maxx 2 hasn’t made its way to Verizon yet, nor has the phone been announced – which means that this is one of the rumored phones that we should see go primetime on October 27th. Motorola has removed the screenshot from the Moto Email app at the Play Store, but fortunately, the source below got a clear screenshot of it. 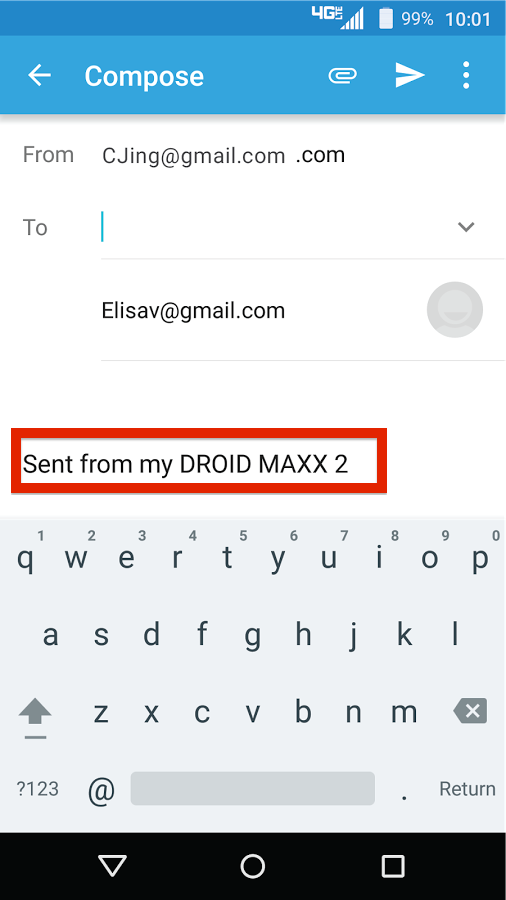