HTC is set to unveil the HTC Nexus Marlin and HTC Nexus Sailfish later this year (possibly September-October), and we know the specs in these two devices by now. In a new report, the HTC Nexus Marlin has appeared “in the flesh” (so to speak; we’re dealing with phones here, not humans) that shows the device running Android N (or what we know already as Android Nougat).

The HTC Nexus Marlin features something of a metallic build, as can be seen by the photo that shows a light shimmer in the light on the left side of the phone. The three software keys at the bottom are typical of Nexus devices, and the same three-key setup can even be seen on older phones such as the Nexus 4 (2012) and Nexus 5 (2013). We see that “Android N” is written there, though this has to be a pre-Android Nougat announcement unit (since Google’s already announced the name of the upcoming handset; we don’t have to call it Android N anymore). While the name “Marlin” is found there, and could be a simple naming tactic (I can rename my Nexus 5 to be the HTC Nexus Marlin if I so wanted it), the baseband version shows the number “8996,” which is the model number for the quad-core, Qualcomm Snapdragon 820 processor. 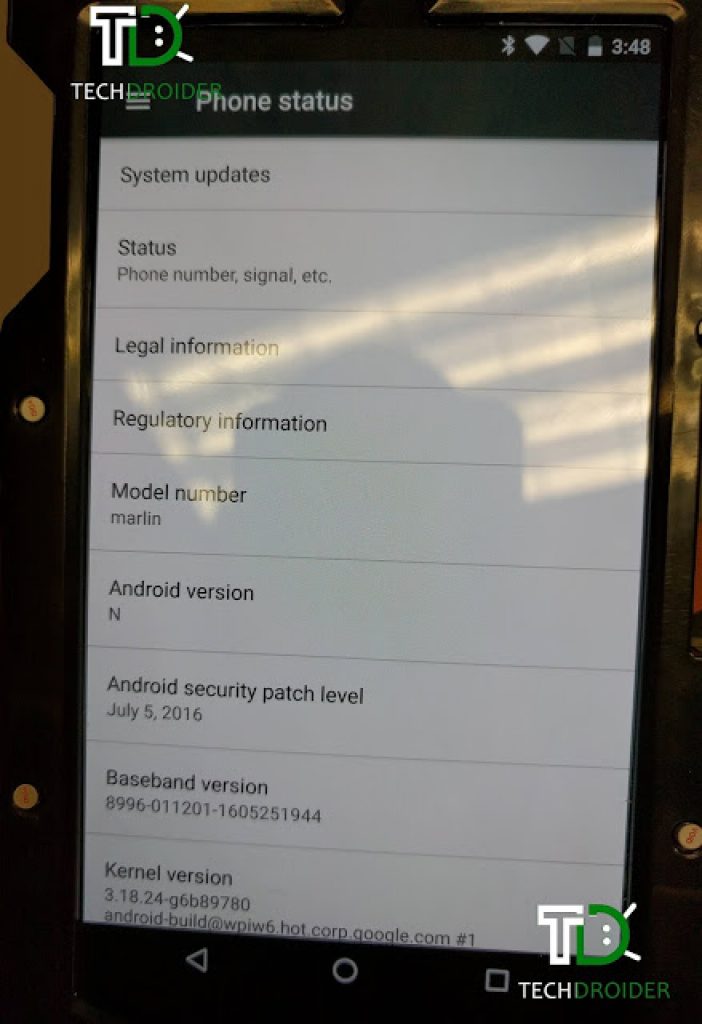