Motorola today officially announced the new Motorola Moto E (2015) 4G LTE. The new Moto E version now features 4G LTE connectivity and also has an improved 64 bit processor. The official announcement of the device is made in a very unconventional and rather impressive way. Motorola presented the press conference in a box consisting of a miniature cardboard structure of Motorola President Rick Osterloh, a picture of coffee machine, a press badge, a Moto E and a swappable grip edge. 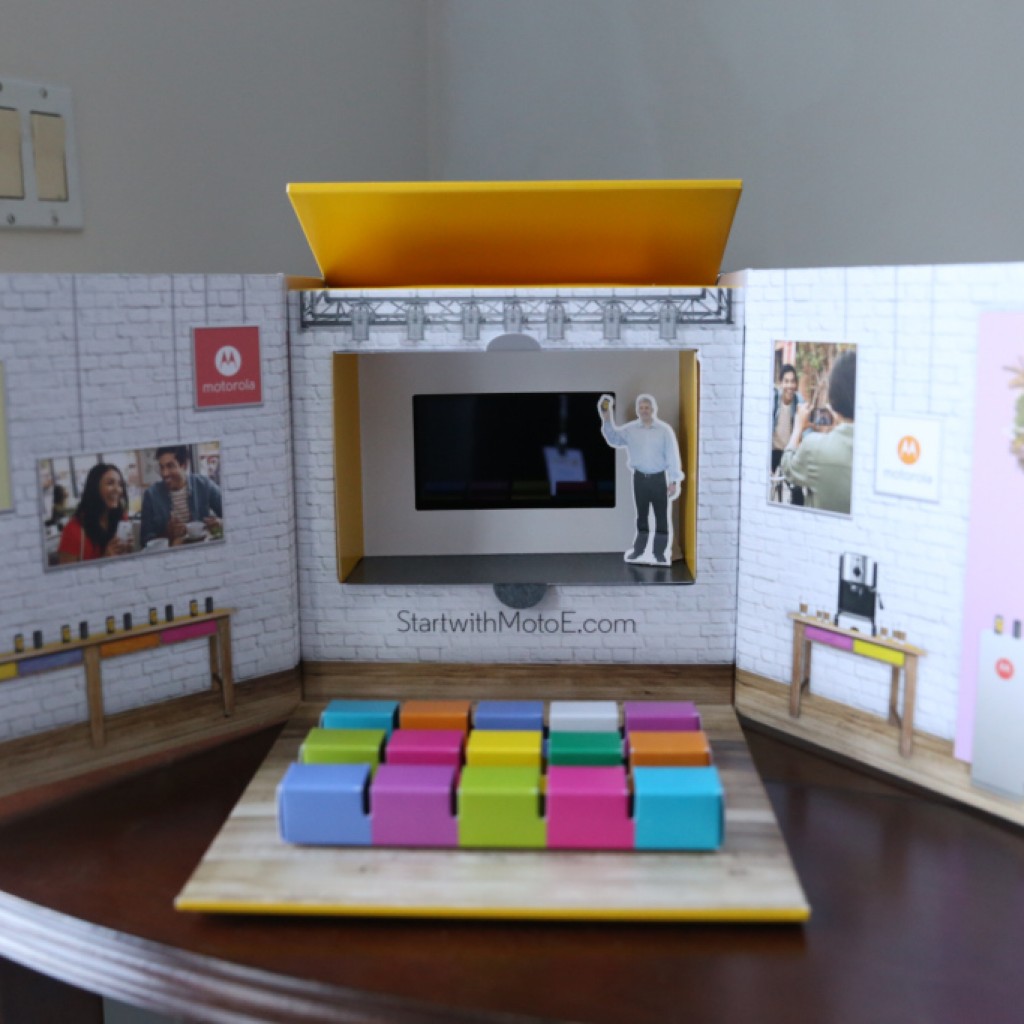 Just like the Moto G 2nd generation, Moto E 2015 also got an increase in screen size. The phone now has a 4.5 inch display with the same display resolution of 540 x 960 pixels. The display is not very sharp but it is an IPS LCD display with Corning Gorilla Glass 3. The device has a 5MP, same as its predecessor but the new Moto E can now record 720p videos and there is also a VGA camera at front.

The biggest change in the new Motorola Moto E is the introduction of a quad core Snapdragon 410 processor which is a 64 bit chip running at 1.2GHz with 1GB RAM on board and Adreno 306 GPU. The new Moto E now has 4G LTE connectivity as well. The phone runs Android 5.0 Lollipop out of the box and will receive future updates quickly just like Nexus devices even though Google doesn’t own Motorola anymore.

The device has 8GB internal memory with an expandable microSD card slot. The battery capacity is also increased in the new Moto E to 2,390mAh, up from 1,980mAh. The device is available for $150 in Black and White color. There is also a 3G version of the device featuring a 32bit Snapdragon 200 processor and will probably cost less than the 4G version.