Google declared the upcoming update to be Android 6.0 Marshmallow, and we wish Google would’ve made the announcement sooner. However, Google is continuing to refine Marshmallow until it is ready for consumer download this Fall. One of the promised features Google announced back at I/O in May was the arrival of app permissions for Android, which will work similar to how they perform on iOS.

In the past, you may remember the old app permission setup: you were forced to approve all app permissions before using an app. If you did not approve of them all, then you couldn’t download the app. Now, with Android Marshmallow, you’ll be able to dictate which apps have access to your contacts, camera, microphone, and so on. 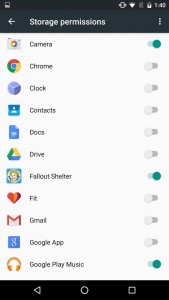 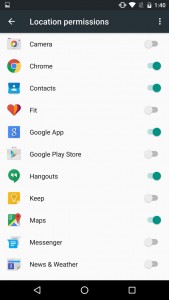 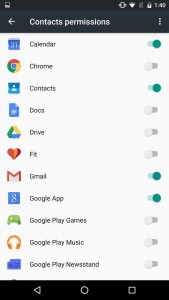 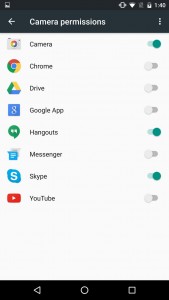 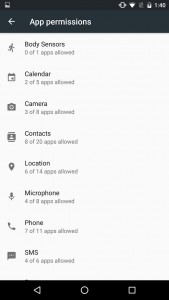 New pictures from the Android Marshmallow Developer Preview shows that only some apps have been approved (by the user) for contacts, camera, calendar, microphone, SMS, phone, and location. In the next screenshot, you can toggle camera permissions on and off – and the user has only set camera permissions for Skype, Google Hangouts, and the Play camera. There are even storage permissions that are customizable, meaning that you don’t have to give all your permissions to every app in order to use those apps. And, of course, you can enable app permissions later if you feel the need to.

It’s good to see Google agreeing to this for Android consumers, but the move is healthy for Android as a whole. After all, if customers don’t get customizable app permissions, which they want, then Android consumers will be less likely to download apps or update them, and Android consumers may 1) refrain from downloading an app or uninstall it, or 2) abandon Android for iOS. Neither of this will work for Google, who wants to retain its worldwide customer base.

So, Android consumers, get ready for Marshmallow to be the sweetest treat yet – in the area of app permissions if nothing else.

Stay tuned to AptGadget, as we pour through Android Marshmallow in the coming days. 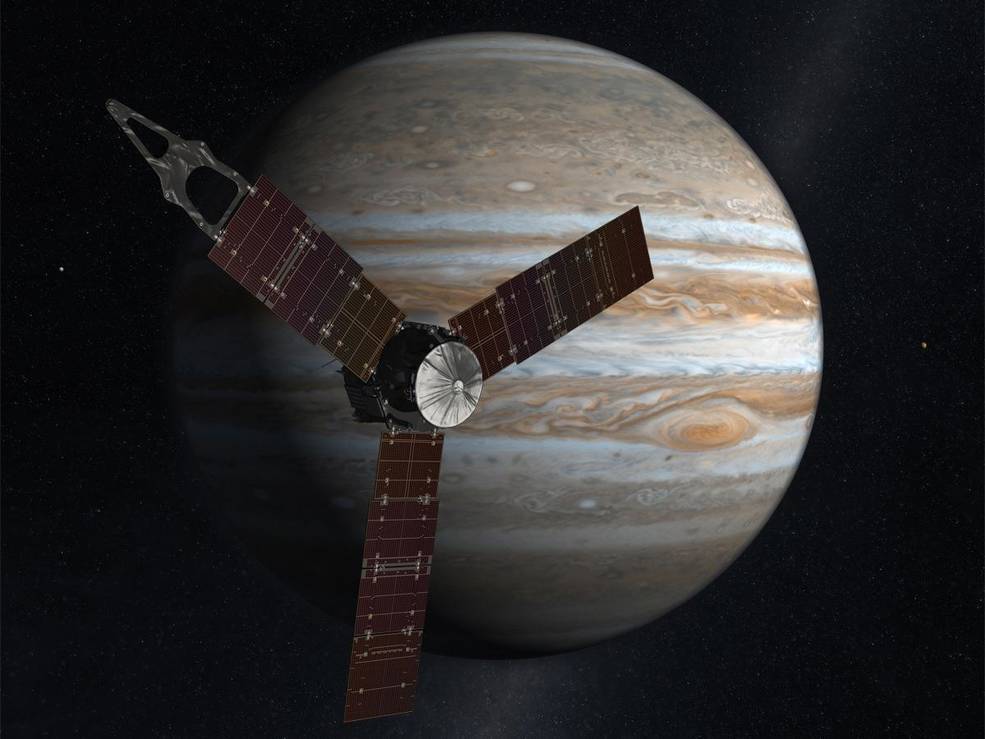