The HTC 10 is a fabulous device, with all-around chamfered edges, HTC’s attention to detail and design, and the fact that its metal unibody construction stands out from the high-end crowd when it comes to design. This has always been the case with the company’s metal smartphone designs, and it’s no less true with the HTC 10. When HTC announced the device, the company said that it intended to bring some other colors to market. We later heard that a Camellia Red would make its way to Japan. Now, the red HTC 10 is a gorgeous color, in large part because the majority of high-end Android smartphones are going metal but not bringing any change in color selection. The HTC 10 has a silver color, as is the case with most metal unibody smartphones, but the Camellia Red HTC 10 took us by surprise when the Taiwanese smartphone maker announced it for the Japanese market. Of course, exclusives of any kind (we’re looking at you, Galaxy S7 Active) often thwart the universal plans that have been intended for handsets.

At this point, the Camellia Red HTC 10 is only available in Taiwan (outside of Japan, that is), with hope that the company will bring it to more worldwide markets by year’s end. HTC says that it has partnered with HTC retail stores, Taiwan’s Chunghwa Telecom, Taiwan Mobile, Far EasTone Telecom, and Asia Pacific Telecom to bring Camellia Red to its customers, with Chunghwa Telecom getting an exclusive 64GB Camellia Red HTC 10 variant. The 32GB model will cost $22,900 yuan (or $  USD) while the 64GB Camellia Red costs $24,000 yuan (or $     USD).

Would you be interested in a Camellia Red HTC 10? 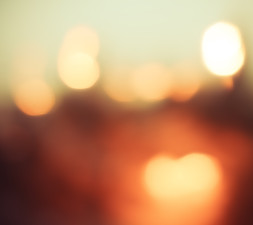