It seems as though tech reviewers are too picky at times. Some have so much free time that (I hate to say it as a fellow tech journalist) they sit around, play with their devices, and find something crazy that they can then spin into a news story. Such is the case with one author of a well-known Android site who found what he believed to be a Galaxy Note 5 flaw on a device and created a video about it that then went viral. Instead of leaking his name for the purpose of humiliation, I’ll simply refer to the journalist as “him” (which designates his gender, not his name), while focusing more on the “design” flaw at hand.

According to the tech journalist, the S Pen, the digital stylus in a slot under the bottom of the Galaxy Note 5, Samsung’s latest device, has a design flaw: you can place the pen inside the slot top-first (with the clicking portion, like a ballpoint pen) and get the stylus stuck inside it. The S Pen stylus usually goes in bottom first, with the stylus tip usually as the first thing to slide into the slot. The goal of the S Pen slot on the Galaxy Note 5 is to protect the digital tip from damage of any kind.

Well, this journalist decided to finally place the tip in first, with the digital writing portion at the bottom of the slot. The result? The S Pen stylus got stuck in the pen slot in the wrong way – and it becomes hard to get it out. His conclusion? If a Galaxy Note 5 user has children and allows his or her child to play around with the device, the small child could place the stylus in the wrong way, leaving the user upset with Samsung and demanding that the Korean manufacturer fix the problem.

But the problem with the journalist’s claim is that 1) he assumes the Galaxy Note 5 stylus issue is a design flaw for which Samsung is guilty, 2) the issue is real because users will find themselves in situations with children or will place the S Pen in wrong while not thinking, and 3) therefore, Samsung needs to fix the issue immediately and find some way to correct it. Before tackling the issue and giving my own response, however, I should point out that the Note 5 user who places his or her stylus in its slot the wrong way will find that the S Pen detection software feature becomes automatically disabled and is never rectified. The journalist who discovered this supposed “flaw” by way of a commenter at an Android site found that the pen detection is disabled and can’t be re-enabled — even if the user chooses to do a factory reset and restore the device to its out-of-the-box setup.

Well, it seems as if Samsung’s got some explaining to do, right? After all, not only can the stylus get stuck in the slot, but it can disable the pen detection feature. Surely, this is Samsung’s fault, right?

Not even close. While it is true that past Note devices have never allowed you to stick the stylus in incorrectly, it is also the case that Note users should know how to place their pen inside the slot. The most faithful customers buying the device have had a Galaxy Note or two prior to the Galaxy Note 5, so there should be no surprises. Secondly, Samsung actually states in its manual to be sure not to place the S Pen in its slot incorrectly, and that it could damage the stylus and disrupt the software. 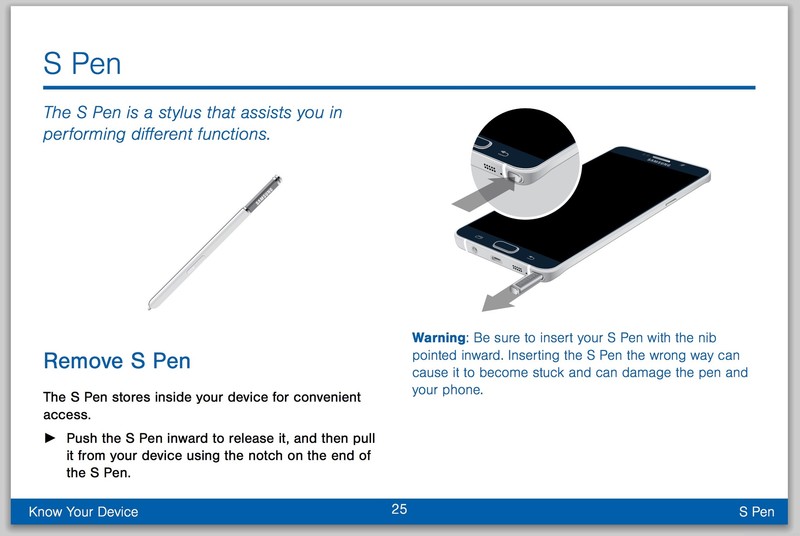 The problem, then, is not with Samsung. The company has already stated in the Galaxy Note 5 user manual the dangers of what could happen. In other words, Samsung has done its job to warn the user of the problem and its consequences if he or she is not careful. What Samsung is not responsible for, however, is the negligence and forgetfulness of the user. That is not Samsung’s problem, nor is it a design flaw on the Galaxy Note 5; instead, the problem is a human one.

What many human users want in this world is something idiot-proof, and the iPhone, prior to the Galaxy Note 5, has contributed to this. One of the main selling factors of the iPhone is that you need not be a tech-savvy person to use it. It’s simple, easy to setup, and works well right out of the box (for those whose devices don’t run into a problem, that is). But the iPhone is also famous because it teaches individuals to use the home button should they ever run into a problem. The home button now doubles as a Touch ID fingerprint scanner on the iPhone 6, but the iPhone is set up to help you “find your way home” no matter where you are. In contrast, it’s been said (somewhat incorrectly) that Android and Windows Phone devices are too complicated to use because they allow for a much greater customization of your device than that of an iPhone.

However I despise it, the iPhone treats me (and everyone I know) like they’re idiots. In other words, the iPhone doesn’t expect you or me to know anything about using a phone, or to try out a solution when we get stuck in a rut and don’t know where to go. But the problem with this “idiot-proof” setup is that 1) it assumes we’re idiots, which is not true and 2) it enables us to continue not thinking about how to use our phones, or to continue not trying to get out of problems ourselves.

If you’re going to spend so much money on an iPhone, or a Galaxy Note 5, you shouldn’t expect the manufacturer to make a device idiot-proof. No human is an idiot, because each human born has a measure of intellect that helps him or her learn how to use devices. Smartphones are smart, but they’ve yet to surpass human intelligence (after all, we have to program them to do our bidding, do we not?).

if a person does not use his or her Galaxy Note 5 manual out of the box to learn how to setup his or her phone, is that Samsung’s fault? Not at all. If a construction group is working on a given bridge, and you come up to the bridge spot with a sign that says “go back, huge sinkhole here,” is it the construction group’s fault if you proceed, rather stubbornly, and find your vehicle being swallowed up by the sinkhole? No, not at all. If you leave your food at home on the stove all day, and the food catches fire and destroys the oven, is the oven designer or manufacturer responsible because you left your food on the stove? If you drop your Galaxy Note 5 into five feet of water, but the device was never advertised as water-resistant, is Samsung responsible because your phone died? I won’t insult your intelligence or mine with any new examples. I think we all get the point here: there is no substitute for human responsibility, not even with tech devices.

To assume that any device made, including the Galaxy Note 5, must be idiot-proof is to give too much responsibility to Samsung and too little responsibility to users. Mobile devices are made for teenage and adult users who know how to preserve their devices. None of these devices are child-proof (just ask my brother-in-law’s sister whose niece dropped her non-water-resistant smartphone into her bowl of cereal and killed it), and that has never prevented users from preserving their devices. The same thing applies here.

It is a sad sign of the times, though, when users expect idiot-proof and child-proof Galaxy Note 5 models, when humans should learn how to think and take responsibility, and protect their devices from their children. We just want to live in a world where we don’t think, and, if our smartphones are moving us to not care about our own negligence and responsibility, then maybe it’s time to put our devices down, go outside, and reclaim the human intelligence I think we’ve lost. 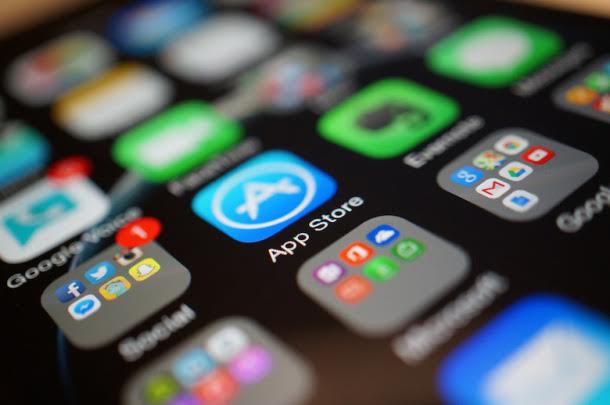 Don’t get it twisted: Apple Android apps are for domination, not cooperation

Why Apple’s iOS 9 App Thinning feature is a gimmick 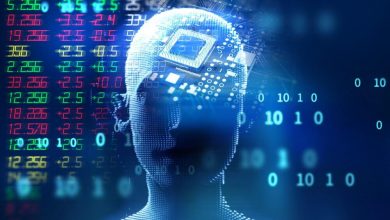 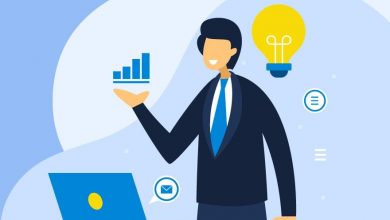