Chinese manufacturer OnePlus boasted earlier this year that its OnePlus 2 would be “the 2016 flagship killer,” but, as many knew instantly, it isn’t. In fact, no phone on the market currently will be a 2016 flagship killer because, as specs grow and technology advances, newer phones will have more raw power and better performance than this year’s high-end smartphones.

After the latest OnePlus 2 disappointing after-effect, with the invite system remaining the phone’s greatest drawback, Carl Pei has gone on record to admit OnePlus over-hyped its latest smartphone. On his own Twitter page just 9 days ago, Carl Pei distanced himself from OnePlus’s boastful market campaign with the words, “OnePlus as a company needs to practice the art of under promising,” followed by a wink. 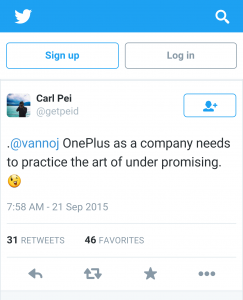 Now, Carl Pei is continuing his humility stance with a new letter to Samsung at his own blog. “We learned a very important lesson with the launch of the OnePlus 2 by not getting units shipped out as soon as they should have been…I’ve been thinking a lot recently about how we can improve this as quickly as possible. I’ve thought about who we could learn from, and who could help us grow. And the first name that came to mind was…Samsung.”

Pei’s letter gives a compliment to Samsung as well as a challenge: “I would be honored to learn from your team about how you’ve been able to scale, run, and manage your business so successfully…better yet, let’s do an intern swap. I would be honored to visit your headquarters, and, in turn, we would be happy to host one of your own executives here to show you how we work at OnePlus.”

It’s not quite sure how to take this, considering that OnePlus has labeled itself a disruptor in the industry that can take down the giants (including Samsung). Xiaomi has been a large Asian giant that’s been fighting Samsung in Asia, with Xiaomi winning over customers left and right because the company has placed high-end specs in smartphones with lower prices – sometimes as much as half the price of a Samsung Galaxy S6, for example. So, with Carl Pei’s claim that he wants to intern at Samsung, there’s really no standard way to take the claim. It could be a publicity stunt, an act of honesty, or something of a challenge to find ways to outrival its Korean rival.

In a USA Today interview some weeks ago, Carl Pei said that Samsung could sell its products at a more affordable price if they “cut out the middlemen,” the carriers being one of those in question: “Advertising is diminishing in value and the value of good products is rising because it can be discovered without a huge marketing budget. I’m sure that if Samsung cut all their stores and cut all the distribution and went direct to consumer they would be able to sell their phone at a lower price than we do. So it’s not about making a cheap phone at all.”

Perhaps, then, Carl Pei wants to challenge Samsung and have an “intern swap” because he thinks Samsung could learn a thing or two from OnePlus, but a giant like Samsung wouldn’t learn much. It has nothing to do with Samsung’s success as a company, but the fact of the matter is that Carl Pei believes Samsung has 77 years of experience as a worldwide brand. 77 years. How could OnePlus possibly teach Samsung anything in that regard? I mean, the most attractive thing about the OnePlus 2 is that it is offered in a more affordable package with some high-end specs (if you don’t count the lack of NFC, that is.). If anything, a fledgling company like OnePlus could learn much from Samsung.

Whatever the reason for Carl Pei’s letter, it shows that the company is conceding that Samsung is the greater of the two. For OnePlus, that’s a hard admission, and it may put the OnePlus 2 in a lesser spotlight than it’s had for the last several weeks. 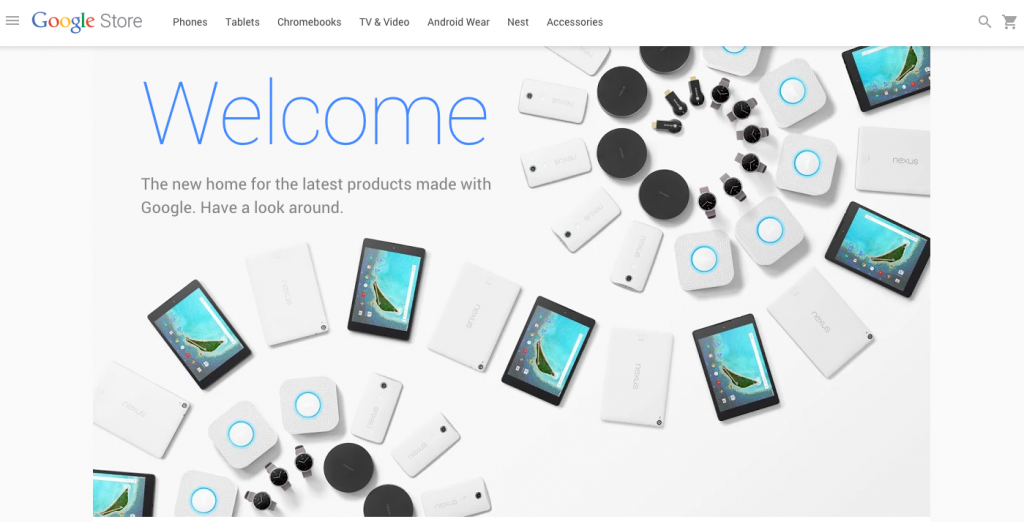