Magic: The Gathering is generally considered the world’s first trading card game and had over 35 million documented players by 2018. It was produced by Wizards of the Coast – who also own the Dungeons and Dragons (D&D) franchise.

In 2019, Wizards of the Coast launched Magic: The Gathering Arena – a digital version of the game that is free to play. This launch has taken the world by storm and is now available on all platforms.

Today, we are going to talk you through everything you need to know to get started with Magic: The Gathering Arena.

What Is Magic: The Gathering?

Magic: The Gathering was the world’s first trading card game.

Players collect cards and put together decks (of around 75 cards), they then use these decks to battle against each other.

When you are playing MTG, you take the role of a planeswalker who travels across the multiverse looking for worlds to conquer. Other players you encounter are also planeswalkers – you set your armies against them.

You can also choose to team up with another planeswalker and take on others.

Magic the gathering does have an ongoing story but players do not need to know this to play the game.

What Is The Difference Between MTG and Magic: The Gathering Arena?

So, in a way, these games are very similar. However, because MTG Arena is played online – it can offer a few things that the physical game cannot.

Including free cards, players from across the world, and card action animations.

Tell Me About The Game’s Lore

Just like every franchise that has been running for decades, the lore of Magic: The Gathering is lengthy and complicated.

If you are a new player it can be hard to know where to start, but you may be wondering why it is relevant.

Technically, it is not, but the lore of the game does inform which cards will be released next. You can play Magic: The Gathering and MTG Arena without engaging in the law, although Arena is more closely tied to the lore.

One of the most surprising storylines published over the last few years is the crossover with The Forgotten Realms – this is where most canon D&D adventures are set.

D&D also released a settings book based in Ravnica – one of the original MTG realms.

If you are looking to learn more about the realms of Magic: The Gathering and the creatures, gods, and demons that live in them – then Ravnica is a good place to start.

Who Owns Magic: The Gathering?

Guide To a Good Deck

Because Magic: The Gathering Arena is a card game, you will need to understand how decks work if you want to be successful.

If you have played Magic: The Gathering physically before then the good news for you is that you already know everything you need to.

For those of you who are completely new to the system here is a quick guide to building a good deck.

On Magic: The Gathering Arena, a player can have up to 72 decks prepared – each holding between 60 and 250 cards.

When you first start out it is best to keep your decks on the small side as you won’t have enough quality cards to warrant a larger deck.

When putting together a deck you need to consider the following 4 things: land, creatures, spells, and the synergy of the deck.

Unlike many other online card games, the magic system in Magic: The Gathering Arena isn’t entirely based on color, although that does have a big part to play in the game.

Land is one of the most boring parts of the game but it is possibly the most important.

Land cards are needed in the game to create mana. Mana is the currency that is used to activate the abilities of the cards you play in the game and sometimes to move the cards onto the board.

You should theme the land in your deck around the creatures and spells you have in your deck.

Most of your deck will be made up of creatures.

If you want your deck to work then you will need to pick a theme and stick with it. This may not make sense now but stick with us.

There are many types of themes in MTG – you could have a deck of wizards, dragons, or elves. Or you could theme your deck around the undead, the forest, or even vehicles.

The good news is that there is no wrong type of deck to build and any deck can be competitive if built in the right way.

You want to have around 20 creature cards in your deck.

One of the things that really sets Magic: The Gathering apart from all the other card games is its use of Spells and Enchantment cards.

There is a wide range of spells that fit with different deck themes – when paired together correctly, you can create a deck that is nearly impossible to beat.

You want to have around 20 spell and enchantment cards in your deck,

When a deck is built correctly the synergy will take care of itself.

But, synergy is something you should have at the forefront of your mind while you are building your deck.

WotC designs some cards to work together with perfect synergy and some cards have an unexpected synergy that can win you games.

When you first start playing, do some reading about the best card combinations in the game. The best way to understand synergy in Magic: The Gathering is to see it in action.

One deck type that has great synergy at base level is the undead deck.

What Tools Can I Use To Help Me Play Magic: The Gathering Arena?

One of our favorite MTG: Arena tools is Arena Tutor.

This is an MTG: Arena extension app that gives you extra insight into your decks, your opponent’s play, and much more.

This app contains everything we wish that MTG Arena could offer at the base.

The game is also available on mobile devices, but you will get the best playing experience on PC or Mac. 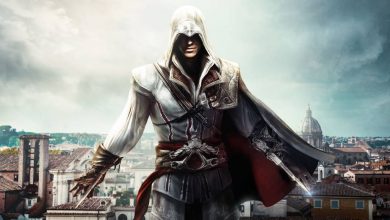 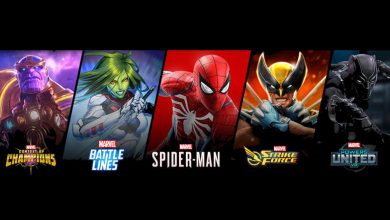 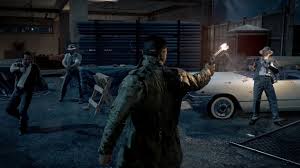